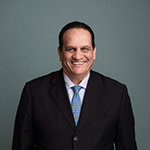 Ahmed has a very impressive sports background excelling in Swimming, Epee Fencing, Show Jumping, Water Polo and Modern Pentathlon representing his country in both individual and team at many competitions, Olympic Games and world championships from 1969 through 1984. Over a two year period of 1982-84 Ahmed was simultaneously a member of four National Teams and also having the honour of being the Modern Pentathlon National Champion.

Conflict of Interest Statement Declaration of Acceptance of Mandate
Twelve months ago, Jonathan…
Saturday saw a hot and hard morning of sprint-distance racing…
The third successive laying of the famous World Triathlon blue…

Two from two for @jonny_brownlee who teed up another big few years ahead with #ArzachenaWC gold in Sardinia. After… twitter.com/i/web/status/1…
2 hours ago