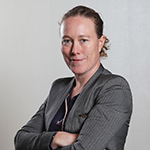 Jessica took up triathlon at the age of 11 following in her Fathers footsteps. At 15, she raced for Great Britain at the Junior Triathlon World Championships. In 2005, Jessica changed citizenship to French having lived there since finishing her degree in 1999.
She has been co-chair of the Athletes Committee since being voted on in 2006.

Jess set up a triathlon and swimming apparel business (http://www.mako-sport.eu) whilst still racing in 2009 and wore one of her own wetsuits in the London Olympics along with Nicola Spirig and several others. She is now working for her brand full time since retiring from international racing at the end of 2013.