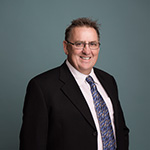 Executive Board / Board Members

Executive Board Member (elected until 2020)

Terry has a long history of leadership and event management in Triathlons in NZ and internationally.
His experience spans event delivery worldwide for multiple race types and age groups, technical expertise, seminars, triathlon management and advocacy.

Terry is a co-founder of the Gisborne Triathlon Club in the early 1980s.
He initiated local events, building experience as an event manager within Triathlon as an emerging national sport. These included the First Light Triathlon Series which commenced in 1994 building to the Millennium event of 2000.
In parallel Terry Sheldrake was a key member of the group which evolved into the Technical Commission from where standardisation of race rules and conditions originated.

In event promotion and management Terry Sheldrake has been the Race Director for over 350 triathlon events including: NZ Weet-Bix Series, ITU World Cup Triathlon New Plymouth and ITU World Triathlon Championships in Queenstown, National Triathlon Series, Oceania Regional Championships and the Fiji Kids Event.  In addition, he has attended just as many other events as a mentor, or a passionate Triathlon supporter.  This has included every World Champs since 1994, 2 Olympic Games and both Commonwealth Games where Triathlon has been on the programme.

In the technical realm he has achieved the highest rating as an International Triathlon Union Level 3 Technical Official and his competency has been recognised with appointments as Melbourne Commonwealth Games Triathlon Referee, a Beijing Olympics Senior Triathlon Official, ITU Team Leader and an ITU World Cup Referee. He has been a member of the Triathlon NZ Technical

In leadership roles he has made a significant contribution to triathlon. Terry Sheldrake was President and effectively CEO of Triathlon New Zealand 1996-2000 (actively leading the sport when the national office was based in Gisborne); the International Triathlon Union (ITU) Oceania Regional Representative for a number of years, current President of the Oceania Triathlon Union and now sits on the ITU Executive Board.

#WorldTriathlete news: 10 multisports Age-Group World Championships to be contested across 2020. Check out the cal… twitter.com/i/web/status/1…
Yesterday