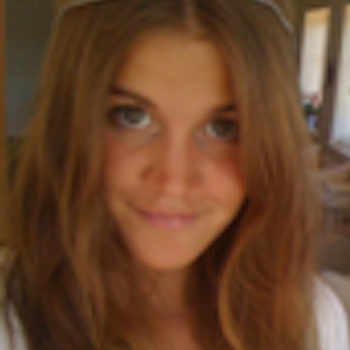 My first triathlon was when I was nine, just for fun, because our swim coach pretty much made us do it. But when I was 14 I decided to do it seriously, at about the same time that I decided to “major” in triathlon at school. I have a family background in sport, and triathlon in particular. Both of my parents have been Swedish champions; my dad has been a champion in modern pentathlon and triathlon, and my mom has been a champion triathlete and finswimmer. My brothers each have a Swedish Junior gold medal in triathlon. My youngest brother is also the reigning Swedish champion on open water, for the fourth year in a row.

During a typical training week I do eight hours of swimming, six hours of cycling, and four hours of running. My personal best swim time (1500m) is 18:40, and run time (10km) is 38:34. I’ve been a part of the Swedish Development Team since 2008. My favorite ITU race is Hamburg; it’s the coolest race ever! The crowd was amazing and the course was really fun. My triathlon goal is to be able to do this as my job. It has always been a dream of mine to be on the Olympic or World Champ series podium. But to be able to make a living by doing the thing I love the most is my biggest dream.

The biggest obstacle that I have overcome is to not be tempted by life outside the triathlon bubble, and to banish doubts about my own abilities. Something that the triathlon world may not know about me is that I am really good at working with my hand. I can do many things, from advanced braids to making my own jewelry. I’m also the person you want to go shopping with! I find all the good, low price stuff! 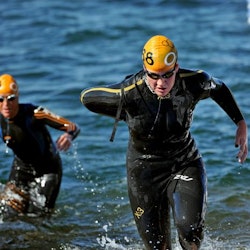