Growing up on the east coast of South Africa, swimming and watersports in general were an obvious choice for me. I became involved in swimming, surf-lifesaving and waterpolo from a young age. At high-school I competed in cross-country and track for fun, but soon became interested in triathlon. Being an endurance athlete, long-distance swimmer, triathlon was a great new challenge for me, and the rest as they say is history. 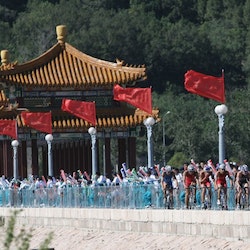