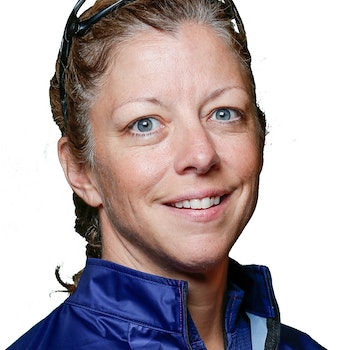 Patricia completed her first triathlon in 1989. During a 2006 cycling outing, she was hit by a car and made the decision to amputate in 2007. Since then, she had over eight ITU podiums and has won three gold medals.

Patricia has also been a dedicated member of the US Army and worked at the Pentagon and Fort Bragg as part of her 25-year career, which she has now retired from as a Colonel.

Patricia wow she dedicates her time to her young son Gabe, adopted from Guatemala. She says Gabe is her biggest motivation, and wants him to see her follow her dreams and know he can too.