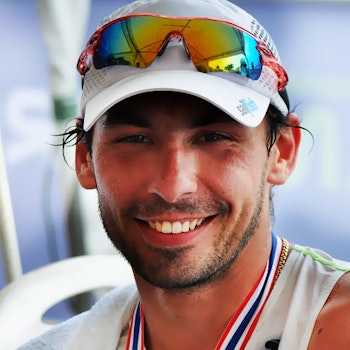 Nikolay was born and grew up in Ukraine in the Makeyevka town of Donetsk region. He played football In the childhood, but later Nikolay gave preference to swimming. In 1999 he became the prize-winner of the Junior championship of Ukraine. In 2001 he moved to Donetsk and started to study at Physical culture and sports High school of S. Bubka. As the pool worked not constantly, Nikolay and other students ran actively. He rode a bicycle all childhood, and once, when he was 15 years old he tried triathlon, and since 2002 started being engaged in a triathlon seriously. On the first team practice session in Yalta Nikolay understood that it is not so simple and demands more physical power than it seemed. First competitions were really hard for him and he didn’t understand how people can run after the bicycle, but he continued his training persistently. In 2003 Nikolay won Juniors Championship of Ukraine and took part in the European championship team race where they took the 7th place. In 2004 Nikolay became the member of the main triathlon national team of Ukraine with the main coach of national team. Same year he became the champion of Ukraine in the team race, took the 2nd place on championship of Europe (team). In 2005 – the champion of Ukraine, he won the main man’s championship at junior age. In 2006 – the champion of Ukraine (man), same year he was selected to the European championship and the World and, as a result, he took the 3rd place (relay race). At the end of 2006 Nikolay moved to Russia, Penza city and changed nationality because of misunderstanding with National team of Ukraine. In 2007 he started at the championship of Russia and the Summer championship of Russia (sprint), and took 4th place in both competitions. 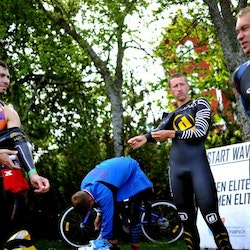