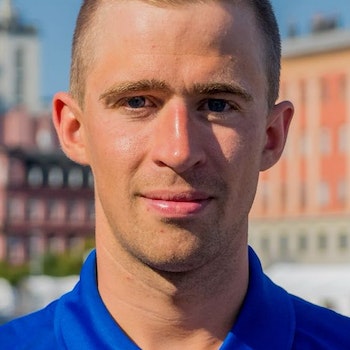 With a background in amateur level cross-country skiing, Oskar came in contact with the sport of triathlon in 2007. He started to compete nationally in 2011 and did his first Continental Cup in 2015. His greatest triathlon achievement so far is becoming National Champion 2016, just five years after he started competing in the sport. Since then he has won several medals in national championships, as well as winning the national series.

He aims towards the international circuit, racing Continental Cups and World Cups. His goal is to one day make the podium in a WTS race. He stays humble to the tough competition in every race, and knows that hard work and persistency will take him far.

Early bird TT fun with @maxsvanberg south of Stockholm today. Perfect ending to a good week in the saddle. 🔥 .… twitter.com/i/web/status/1…
RT @DropsCycling: And we see your true colours shining through… A heartfelt thank you video message to all of our wonderful sponsors for t…
Spring feelings. 🏃🌞 . #fortsättspringa #keepgoing #itaintovertillitsover #timetoflysverige #hokaoneone… twitter.com/i/web/status/1…
http://oskardjarv.se/