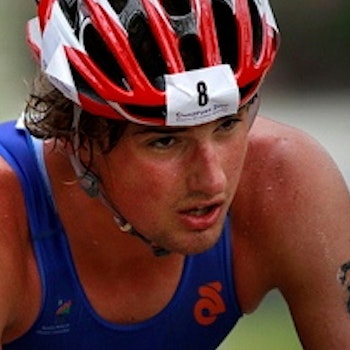 I grew up in a small town in Namibia called Tsumeb. My parents - dad Leon, mom Annemarie, worked in different towns, and it was kind of hard traveling every weekend. At the age of nine I started with swimming lessons, and began to like the sport, and when I was 10, started competing in South Africa. When I turned 12, my father bought a business and moved to our town. The public pool in our town closed the same year, and shortly after he moved, my father built a 25 meter, three-lane indoor pool behind his business.

I got my Namibian colours at the age of 14, when I took part in the All African Swimming Champs in Mauritius. Although I was only 14, I came in the top five in the U17 category. I became bored with swimming every day without friends to train with, only my brothers and training programmes from the Internet, so I decided to do something different and more exciting. My mom convinced me to do a triathlon as I am a good swimmer, and from that day on I started to take part in mini-triathlons and so became addicted to the sport.

My parents soon realized that my brother and I had some potential and needed professional help. We moved to RSA-Potchefstroom when I turned 15. During the same year I took part in the All African Champs in Mauritius and placed first in the U15 category.

After returning from the Africa Camp, I decided to ask Libby Burrell of ITU if she would be able to coach me, and from that day on I have only improved, and have realized that I can reach great heights in this sport.

My oldest brother went to the 2004 Athens Olympic Games, my youngest brother is swimming for the RSA Junior team; my whole family was/is good in sport.

I currently train in Potchefstroom, RSA, and during a typical training week, I swim 7.5 hours, bike 7.5 hours, and run 5 hours. My personal best swim time (1500m) is 16:37, bike (20km) 28 minutes, and run (5km) 15:37.My favorite ITU race so far has been the 2008 Vancouver World Championships. The venue, organization and training were the best I’ve ever experienced. Being a junior, and having turned 18 only recently, I haven’t participated in a sport development project yet, but I aspire to do so in the future.

The biggest obstacle I have overcome is bouncing back from severe over-training, which was extremely challenging. The people who have had the most influence on my sporting career are my coach, Libby Burrell, and my entire family. They are the foundation upon which my success is built, and without whom my achievements would not have been possible.

Something the triathlon world doesn’t know about me is that I don’t have a cell phone. 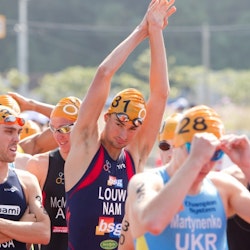 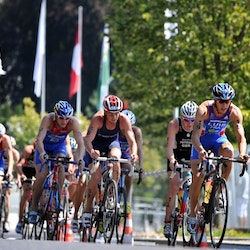