George suffered a traumatic injury to his left leg/ankle when he was two and a half years old. He has reduced range of movement, his left leg is longer than his right, and his left foot is four shoe sizes smaller than his right. He has zero inversion/eversion movement in his left ankle.

George first started triathlon in 2009 following his leg lengthening operation. In 2013 he won his first major medal, a bronze at the ITU World Championships in London, at 17 years, old that made him one of the youngest paratriathlon medallist ever. 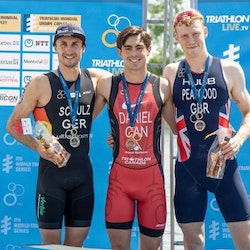 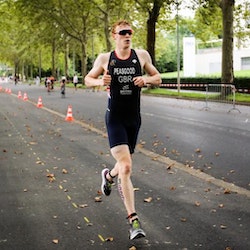 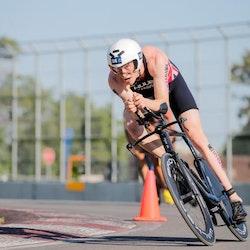 RT @FrankieHall04: Very excited to be part of this epic event! #TeamKat @Katr_Matthews @Pho3nix_Fdn
WTPS Yokohama 22’🥇 So many lessons learnt in the last 24hrs 🙏 Probably the most important being, that the body c… twitter.com/i/web/status/1…
RT @FrankieHall04: When you see all the hard work coming to a reward, it’s worth it. Congrats @george_peasgood - fantastic race in gruellin…
https://www.instagram.com/george_peasgood/