My involvements in sport began from a young age when I joined Chorley Marlins Swimming club at the age of 9 but gave this up once I reached high school as I found I had a talent for running-in particular running up and down hills!
My biggest achievement in athletics was winning the first ever Commonwealth event in 2009 at the Up and Downhill Mountain Running Championships.

My career within Triathlon and Duathlon began in 2009 when I was accepted onto British Triathlons fast track programme ‘Trigold,’ funded by Barrie Wells.

Triathlon is something I have always said I would love to have a go at, but having given up swimming at 14 and never ridden a road bike I was reluctant to take the plunge. Therefore trigold gave me the perfect opportunity to fast track into elite triathlon, as the programme enabled me to train full time at Loughborough High Performance Centre with all round elite support and to be coached by top British Triathlon coach, Rick Velatti.

I soon progressed my 400m swim time from 6 minutes to a 4.56 minutes within 6 months and I picked up cycling very quickly and was able to compete in elite triathlons all over the world within my first year of racing.

But at the backend of 2010 I was knocked off my bike. Following the accident I suffered never-ending niggling injuries for the best part of 18 months. This was a dark and frustrating time to the point where I almost gave up.
However, I took a bit of time out and after getting married in July 2011 and relocating to Surrey with my husband Sam, I made my comeback, winning the World Duathlon Championships in September 2011, with the help of cycling coach Adrian Timmis and running coach Mick Woods. 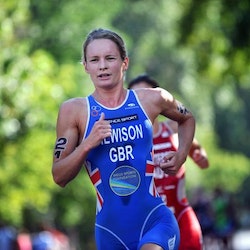 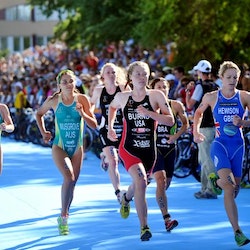 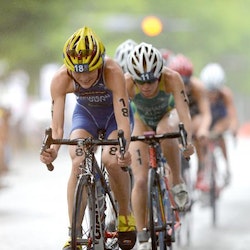 RT @BritAthletics: In case you missed it, here’s what went down at the Cross Challenge Final yesterday 👇 📸 @AthleticsImages
Proud moment to see this facility open today, after 5 years of voluntary work to help get athletics & Tri on the ma… twitter.com/i/web/status/1…
Triathlon mixed relays is on!! Awesome leg @Jess_Learmonth #Tokyo2020 #Triathlon
http://www.katiehewison.co.uk/