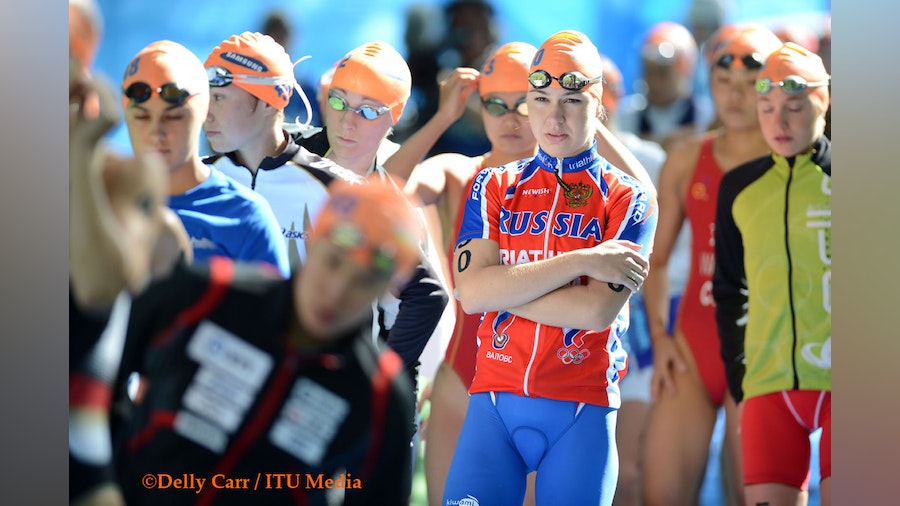 Kitzbühel marked the final Olympic distance race in the ITU World Triathlon Series prior to the London Olympics. Nestled in the Alpine mountains, Kitzbühel provided a technically and physically demanding bike course, perfect for some of the best photos of the season. The race also served a crystal ball for London, as the Olympic podiums closely mirrored that of Kitzbühel.

After refining her fierce sprint speed in Madrid, Nicola Spirig (SUI) perfected her ferocious run velocity with yet another all-out dash for the finish. A dangerously powerful midsized pack worked together on the bike for nearly a 90-second advantage out of T2. The lethal group of Spirig, Andrea Hewitt, Lisa Norden, Barbara Riveros Diaz, Sarah Groff and Jessica Harrison then bolted ahead on the run. Norden and Spirig sought their chance to drop the group in the finishing chute, with Spirig just edging Norden by three seconds, followed by Hewitt. Check out the full synopsis of the race here

Alistair Brownlee (GBR) made his stunning debut return to the sport after suffering an Achilles injury that forced him to sit out most of the season. He quickly laid any doubters to rest with a dominating performance. While a trio of Russians attempted a breakaway on the bike, a strong German team reeled them back in, creating a large 31-man lead group. Alistair blasted out of transition with a mission to annihilate the flat run course. He did just that, successfully re-affirming his reign as triathlon king. Younger brother Jonny crossed over next while rival Javier Gomez (ESP) won a tough battle with Alexander Bryukhankov (RUS) for third. Check out the highlights here

Vote on which picture you think is the best below.