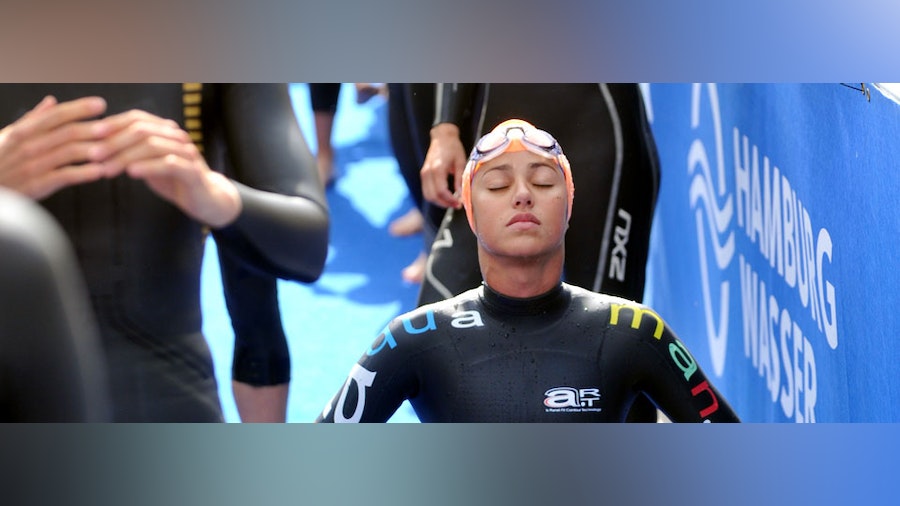 The fifth week of the photo of the year competition produced the biggest winning margin so far in the contest, with over 50% of the votes going to a photo showing the undeniable serenity one athlete found before racing.

The shot of Fabienne St. Louis sitting with her feet folded under her, eyes closed and her head tilted towards the sky generated a feeling of peaceful Zen. Her yoga-esque calm pose is juxtaposed against athletes continuing their pre-race prep, imaginably full of nerves and anxious energy as triathlons are apt to produce.

Her strong and still body transmits a powerful sentiment of comfort amongst chaos. It’s as if she is giving thanks to the triathlon gods for the ability to race, reminding the viewer the significance triathlon holds in their own life. In stark contradiction, the second most popular photo this week was of Richard Murray’s jubilant celebration after winning his very first ITU World Triathlon title. In this shot, Murray thanks the triathlon gods in a very different way – but literally jumping for joy with ecstatic glee.