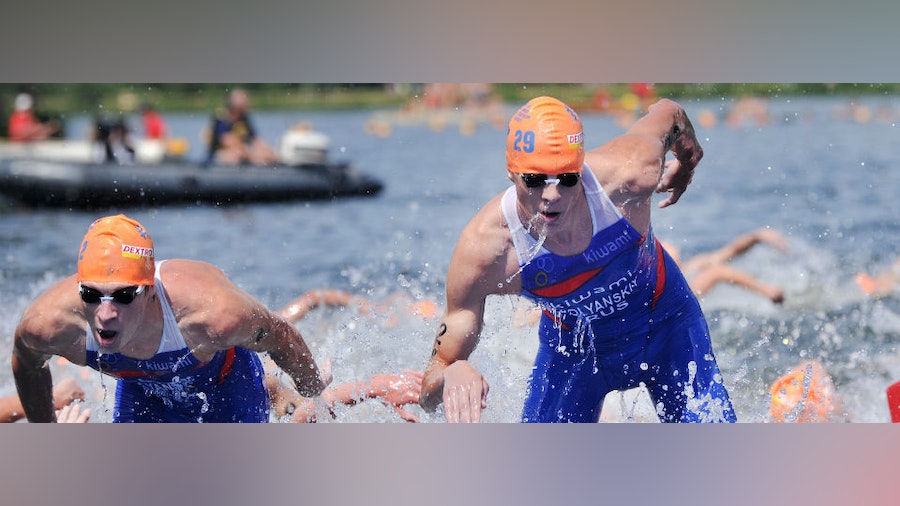 The fourth installment of the Photo of the Year contest was a tight battle for much of the week. Votes hinged between the celebratory shot of Germany’s Jan Frodeno running down the finish chute and the scenic women’s start in front of the Austrian Alps at the ITU World Triathlon Series Kitzbühel.

Igor’s powerful frame appears to be rising out of the water like a mythological creature ready to race, which isn’t far from the truth. The precise position of his hand shows a practiced transition while the flexed muscle and breadth of his upper torso displays Igor’s incredible power.