Race to the top: breaking down the 2022 season so far 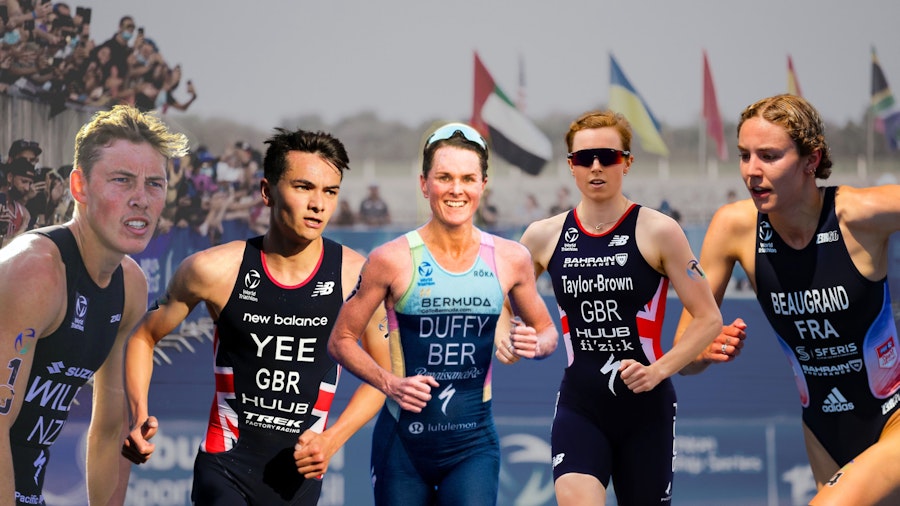 It is the season that keeps on giving. By the start of October, new world champions would usually have been decided, final races of the year planned and off-season ideas put into place.

But here we are, heading into a huge debut WTCS Cagliari weekend on 8 October and still with plenty of racing left to decide who will be crowned the 2022 Champions in Abu Dhabi this November. Can Flora Duffy hold off Georgia Taylor-Brown, Beth Potter and Cassandre Beaugrand to make yet more history and become the first woman to win four world titles? Does Alex Yee still have time to close in on Hayden Wilde and Leo Bergere at the top of the men’s Maurice Lacroix Rankings? With three races to go in Cagliari, Bermuda and Abu Dhabi this rollercoaster season still has plenty of twists left in its tale.

It all started in September and November of last year, when WTCS Hamburg and Abu Dhabi began the points chase towards this year’s titles due to the ongoing impact of the pandemic earlier in the year. Two venues that would twice host races within the same points season for the first time, setting the tone for what would be a remarkable and unpredictable 14 months of action on the blue carpet - you can watch back all the races so far on TriathlonLive.tv.

WTCS Hamburg is always a classic, and with many of the Olympic contenders taking time out after their Tokyo 2020 exertions, the door was open for some of the breakthrough stars to shine. Shine they certainly did, hometown hero Tim Hellwig and Paul Georgenthum taking the men’s gold and silver at the end of a huge sprint finish with Leo Bergere, while it was a another local favourite Laura Lindemann who took the women’s gold to send the German crowds wild, Nicole Van Der Kaay and Summer Rappaport with the silver and bronze.

Last November’s WTCS Abu Dhabi podiums had a more familiar feel as Olympic Champion Flora Duffy made her return in style, pulling clear to take the gold after another titanic battle with Britain’s Georgia Taylor-Brown, Sophie Coldwell in third. In the men’s race, Jelle Geens outpaced his training partner Vincent Luis to the tape, Hungary’s Bence Bicsak with third. With two races down, there were very few clues as to how the season might pan out in the year ahead.

Just as it had in 2021, WTCS Yokohama opened up the new year of top-tier racing, and in a rainy women’s race it was Georgia Taylor-Brown eventually pulling clear out of five contenders at the bell, powering to the line ahead of Leonie Periault, Flora Duffy in third. In a taste of what was to come in 2022, Alex Yee and Hayden Wilde were locked into a two-horse race for the majority of the 10km run, the Brit just kicking at the right time to reel in the Kiwi, hitting the blue carpet and gliding to gold, Bergere once more with bronze.

Highs and lows in Leeds The WTCS Leeds course had a new look for the third time in three years, and once again the fireworks rained down across the duration of the men’s and women’s races. A coming together on lap one of the bike saw Jonathan Brownlee, Alex Yee and Dylan McCullough out of the race, then an uncharacteristic miscount from then-leader Vincent Luis saw him fly into the barrier at the end of transition, leaving Hayden Wilde to deliver an incredible first lap and cruise to his first WTCS win after passing Leo Bergere, Lasse Luhrs in third. Cassandre Beaugrand then delivered the drama, putting together an incredible 5km run to open up enough of a gap to the chasers Taylor-Brown and Sophie Coldwell to serve a mount line penalty on the final lap and still sprint to the gold.

The second elimination format in Montreal was the first for Georgia Taylor-Brown, and she had to go as deep as she had ever done to hold off Beaugrand at the end of the third super-sprint of an exhausting final day, Beth Potter scooping the bronze and a first WTCS podium. Bouncing back from his Leeds disappointment, Alex Yee was late but great, pulling clear of Wilde in the final race after the Kiwi had to recover from a chain slip and hauled back a 20-second deficit in the final race to score silver, Bergere yet another medal with third. 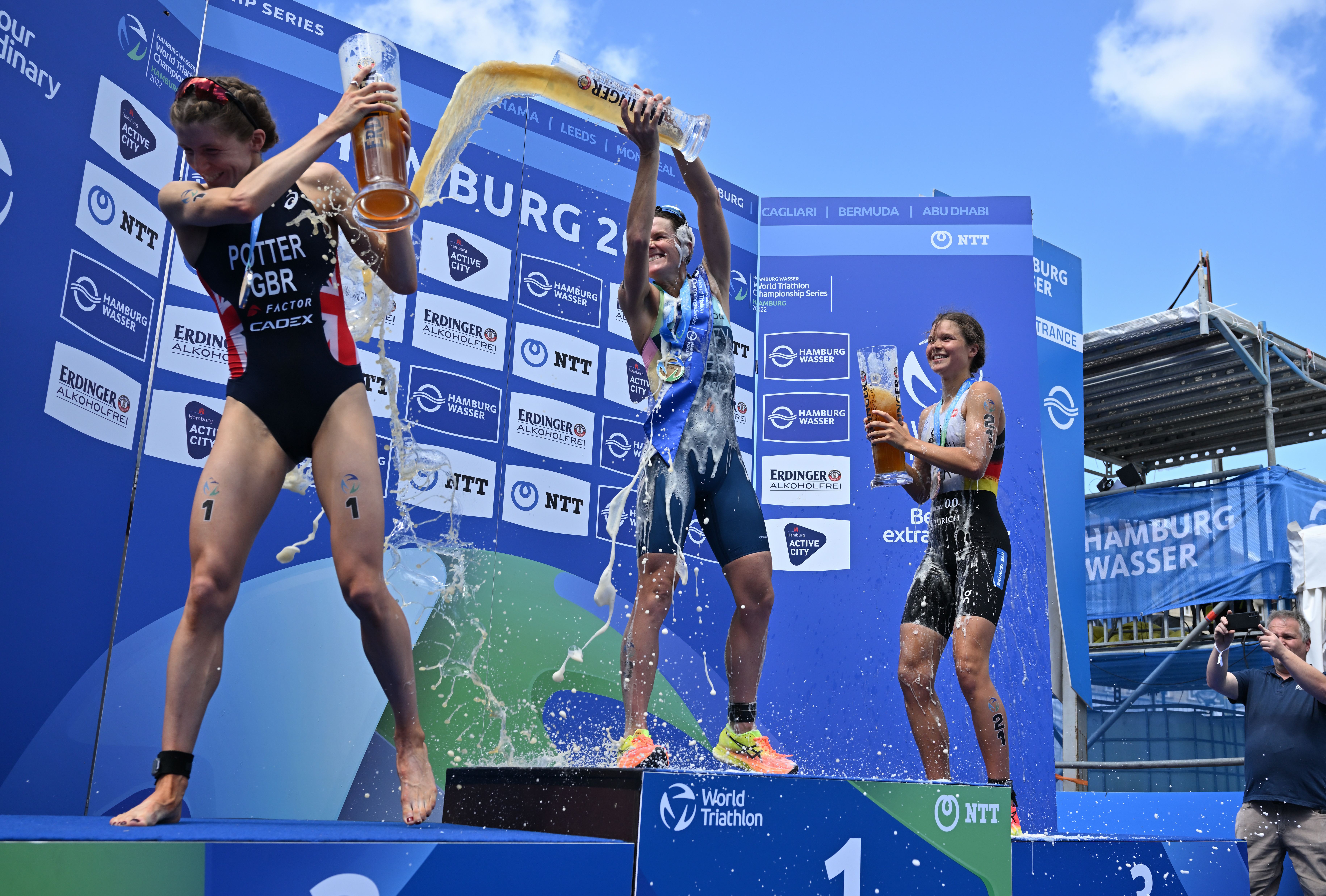 Flora Duffy was back to her imperious best in Germany for the last outing on the WTCS blue carpet, looking in control across all three segments and showing no signs of the double Covid hit that hampered her earlier in the year, Potter and Lisa Tertsch completing the podium. With his main rival for the 2022 title Alex Yee not racing, Hayden Wilde did what he needed to, opening up enough of a gap to keep Australia’s Matthew Hauser at bay, Morocco’s Jawad Abdelmoula running his way to a brilliant first WTCS podium.
— 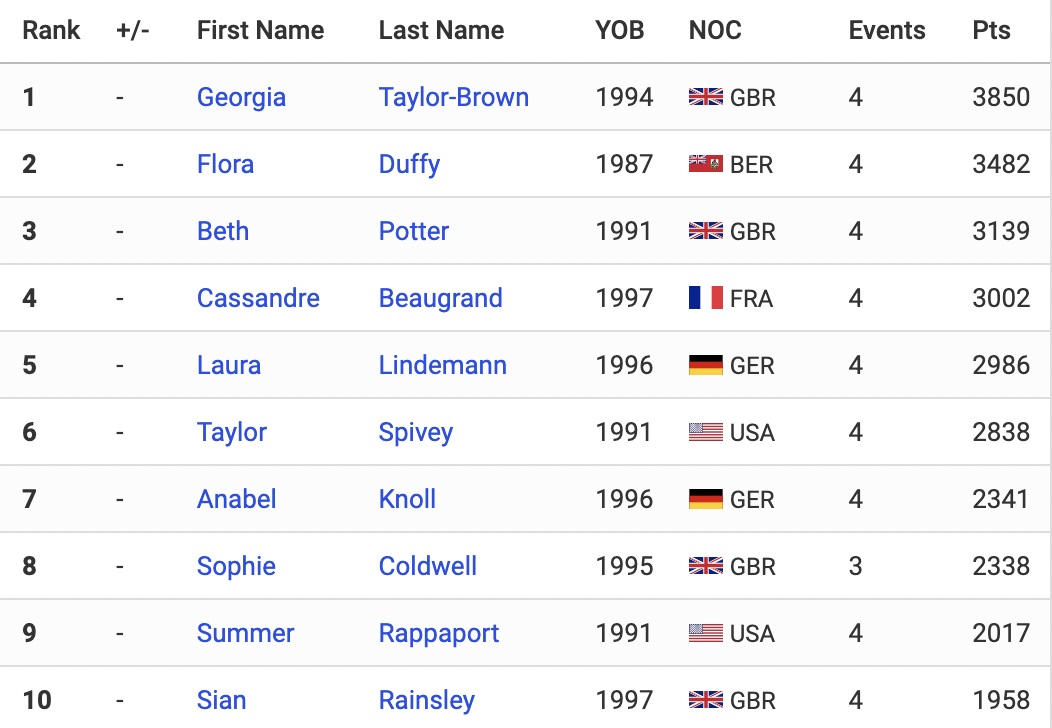 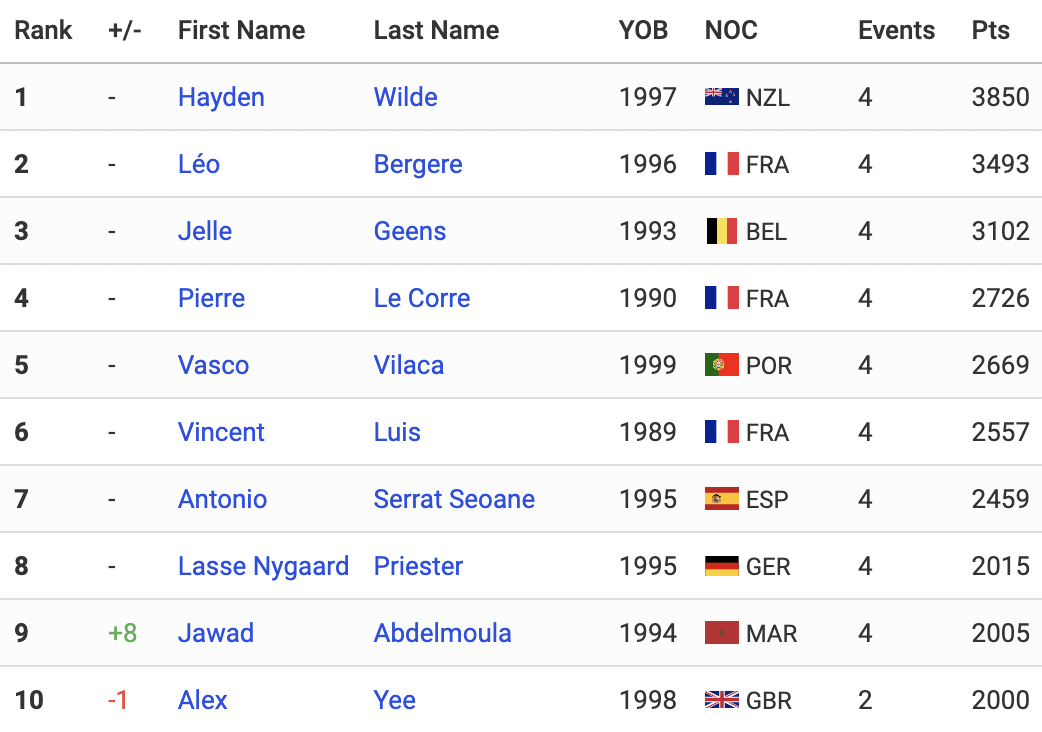