25 Things to watch out for in the 25th ITU Season 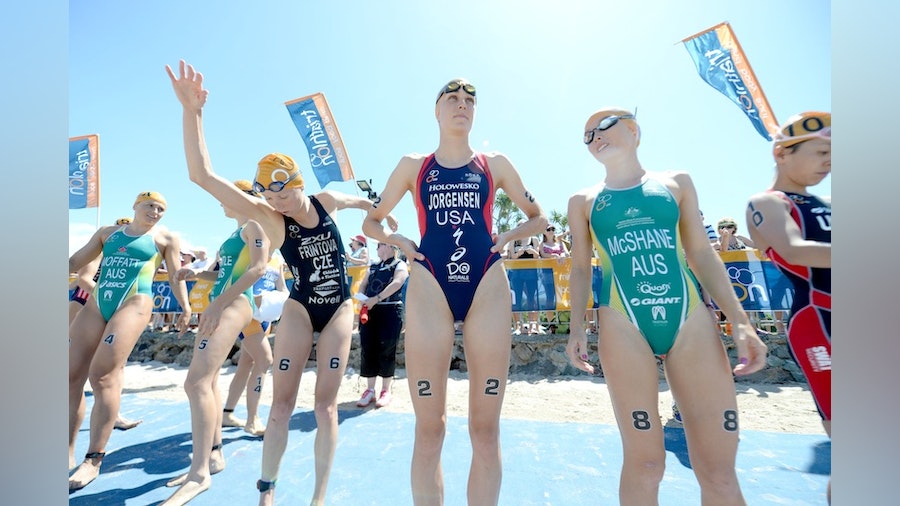 This year marks the 25th anniversary of the founding of the International Triathlon Union. In keeping with the theme of all things 25 to celebrate our birthday, we look ahead to the season to come with 25 things to watch out for this year.

2.  However there will be a couple of Brits keen to keep Gomez out of the record books and add to their own collections, namely Jonathan Brownlee and Alistair Brownlee. Need a reminder of just how good this rivalry has been for the past six years? Since 2008 only those three have won ITU World Championships, Gomez collecting three, Alistair with two and Jonathan taking one. In the entire 2013 WTS season, only those three topped the podium.

3. That string of podiums is impressive, but at some point it has to end. So who will be the man to break it? Going on his start to 2014, Spain’s Mario Mola could be the end to the streak. With two sprint starts and two wins from the first pair of World Cup events of the season, including where he beat Gomez in New Plymouth, Mola is chasing his first win in Auckland. Others who already have WTS wins to their names include Richard Murray and Joao Silva.

4. A US World Champion? Gwen Jorgensen came so close last year, but an accident meant that she withdrew from the Grand Final race. However Jorgensen is back and one for one so far this year. Then there is another surprising star on the rise, Katie Hursey. Like Jorgensen she is a graduate of USA Triathlon’s collegiate recruitment program and she’s showing all the form, with a silver in Mooloolaba followed by gold in New Plymouth. The last time the USA took the title was thanks to Sheila Taormina back in 2004.

5. However Great Britain collected the top two spots in the ITU World Championship race in 2013, thanks to Non Stanford and Jodie Stimpson and will be hard to beat again. While Stanford is currently out with a foot injury that will impact her chance to retain her title, there is another handy Welsh woman on the Auckland start line - dual ITU World Champion Helen Jenkins. Jenkins first race since the London 2012 Olympic Games was in New Plymouth, where she finished fourth.

6. A new place for triathlon in Africa. African athletes have been making major strides over the past few years, led by Kate Roberts and Richard Murray. This year it goes a step further with the first World Triathlon Series event to be held in Africa with gorgeous Cape Town on the schedule.

7. This year there are two more new WTS hosts, Chicago and Edmonton. Chicago makes its debut a year ahead of its role hosting the 2015 WTS Grand Final, while Edmonton - a long-time World Cup host - will this year welcome the Grand Final and ITU Age-Group World Championships. Edmonton is just the fourth city to organise the ITU World Championships twice. These cities join Auckland, Yokohama, London, Hamburg and Stockholm on the circuit this year.

8. Short, sharp racing. Three events on the WTS circuit this year will be sprint distance, Hamburg, Stockholm and London with a 750m swim, a 20km bike and a 5km run.

10. Rio on the mind. The 2016 Rio Olympics may be two years away, but the fight to get there starts right here in 2014. The road to Rio is set to officially begin on May 15, 2014 at the World Triathlon Yokohama, giving athletes two years to secure their Olympic berths with the qualification period concluding on 15 May, 2016.

11. A major Games year. Can’t wait to get your major event fix? Then don’t worry, as there are three major multisport games where triathlon is also on the card this year. First up is the 2014 Glasgow Commonwealth Games, followed by the Nanjing Youth Olympic Games. Finally, the Asian Games will be held in Incheon, South Korea.

12. If you like your major Games with a serving of Mixed Relay, then this is the year you have been waiting for. Mixed Relay will make its debut at both the Commonwealth Games and Asian Games, and make its second appearance at the Youth Olympics.

13. Speaking of major Games, paratriathlon is just two years away from making its debut at the Rio 2016 Paralympic Games. In 2014 there is more Paratriathlon events than ever before. Click here for more information.

15. Is the number of World Triathlon Series race titles currently held by Alistair Brownlee. From just comes from 21 starts. Expect that figure to rise again this season.

16. The ITU represents over 170 different National Federations across all five continents. In 2013 The New Plymouth start list saw 33 different nations represented, and ITU has helped NFs stage development camps in Thailand, Iran and Egypt to name a few. Expect the diversity in triathlon to keep growing. On that note, a total of 26 different nations have collected an ITU World Championship medal in either the Elite, U23 or Junior races. Keep an eye on Edmonton to see if any others can make history there.

17. The current leading women when it comes to WTS wins are Emma Moffatt and Paula Findlay, who both have five wins to their names. However Nicola Spirig (4), Lisa Norden (4), Anne Haug (3), Andrea Hewitt (3) and Gwen Jorgensen (3) are sitting just on their heels. Perhaps 2014 might see a change in the leaderboard?

18. Think you are a triathlon expert? This year you have the chance to prove it with the first World Triathlon Series fantasy league, TRIFECTA. A partnership with USA Triathlon and the ITU, you can pick your WTS podiums here and see how you compare globally with other pundits.

19. Is the number of years Hungary’s Tiszaujvaros has hosted an ITU World Cup. This year will again see the dynamic exciting semi-final and final two-day format that debuted two years ago.

20. The 2014 World Cup tour has already hit Mooloolaba and New Plymouth, and also includes two stops in China and Mexico, as well as events in Alanya,Turkey and Tongyeong, South Korea.

21. Fast swims. The pace in the first leg of ITU events has been increasing steadily for years, but this year the start lists for both men and women seem to be filled with those who are skilled in the water. In particular watch for Tommy Zaferes, Richard Varga, Aurelien Raphael,, Carolina Routier, Pamela Oliveira and Lucy Hall, as well as traditionally strong swimmers like Brownlees, Gomez, Jenkins and Moffatt.

22. Even faster runs. Yes, Mooloolaba and New Plymouth were sprint races but that doesn’t make Mario Mola’s run times any less impressive. Across 5km he clocked 13:55 and 14:05 respectively to claim World Cup wins 1 and 2 of the season. With Gwen Jorgensen, Non Stanford and Katie Hursey on the women’s side, things aren’t getting any slower over there.

23. The chance to watch all the World Triathlon Series action live. See what we are doing over at www.triathlonlive.tv yet? Full live race streams, replays and archive content, as well as magazine shows. All World Cups will also have live results and Twitter coverage on @triathlonlive.

25. Surprises. At the start of the 2013 season, Non Stanford was a reigning U23 World Champion and one to watch in her first full senior season. What happened next was history, as Stanford collected two wins and three silvers on her way to the World Championship, the first and only woman to win U23 and elite world titles in consecutive years. What will happen in 2014? Only time will tell.