Over 2,800 age-group triathletes representing 67 came to beautiful Budapest to vie for the title of 2010 ITU Triathlon World Champion. After two exciting days of racing, Age Group World Champions have been crowned in both the Sprint-and Olympic-distance categories.

The Sprint competitors were the first to race, starting their day in wet and chilly conditions in the Hungarian capital. New Zealand started the day on a high note, sweeping the 16-19 category. Penny Hayes took the women’s title, topping teammate Danielle McKenzie, while Kiwi Robert Huisman took top honors in the men’s race.

While the Kiwis were unbeatable in the youngest category, the rest of the day was all about Great Britain. The GB team finished first and second in the men’s 20-24 group, with Thomas Perchard and Chris Joyce pulling off the one-two punch. The British team went on to place seven athletes in the top ten in the women’s 25-29, 30-34, 35-39 and 45-49 races. Seven GB athletes also found themselves in the top ten overall in the men’s 35-39 contest.

Another highlight from Saturday’s races was Canadian superstar Paula Findlay’s mom finishing with the bronze medal in the women’s 50-54 category. Sheila Findlay finished the course with an impressive time of 1:15:02.

The fastest time from the first day of action was turned in by Ireland’s Conor Murphy, who won the men’s 25-29 race with a blazing time of 58:36.

Competitors racing in the Olympic-distance event on Sunday were greeted with much milder conditions and even a little sun, which has been a rare sighting in Budapest this week.

On the women’s side, South African Andrea Steyn posted the best overall time of the day, finishing in 1:55:43 to win the 25-29 group. That group turned out to be the fastest today, as Mexico’s Jessica Sanson Gonzalez finished as the runner-up with the second-best overall time (1:56:43).

The 30-34 women’s race was all about Great Britain, with Team GB athletes taking six of the top ten spots. Leading the way was Jill Parker, who won the group in 1:58:02.

Egypt showed promise as an emerging triathlon nation in the men’s 45-49 race, as Ahmed Zaher finished sixth out of 122 athletes in the highly competitive group.

It was North America’s time to shine in the women’s 50-54 race, with Canadian Margaret Ritchie taking top honors in 2:07:00, and five Team USA athletes finishing in the top eight overall.

Team USA also had a strong showing in the women’s 65-69 race, with Elizabeth Brackett putting on a dominating performance to win by over six minutes. Brackett led a group of six U.S. athletes into the top eight.

Click here for complete results from all of this weekend’s races. 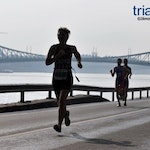 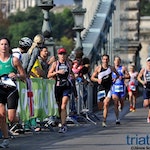 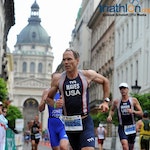 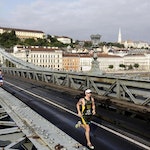 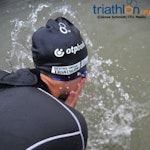 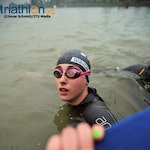 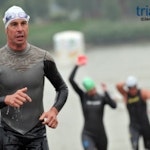 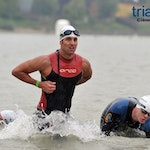 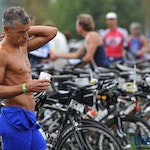 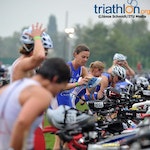 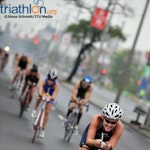 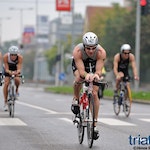