December review with Development and Education 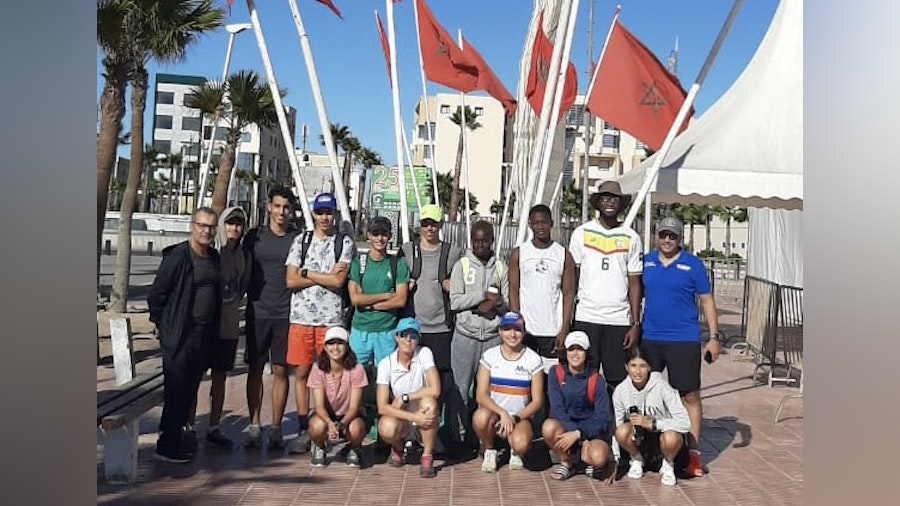 World Triathlon Development and Education closed 2022 just as they started with the same level of intensity and commitment to projects and programmes. The highlight of December 2022 was the first ever “Para Triathlon Coaching Certification and Training Camp”, which was hosted by the Saudi Triathlon Federation in conjunction with the 2022 World Triathlon Championship Finals Abu Dhabi. During the 2022 Congress Abu Dhabi, World Triathlon addressed to the Continental Confederations and the National Federations the urgency that we need to support the Para triathlon development in our sport. This camp will be our establishing model for the future Para Triathlon development project, which will accelerate and create more Para Triathlon projects in all continents in the years to come.

We are pleased to conclude the year with three development continental camps that took place in Africa, Asia and Oceania separately.  World Triathlon Development together with our Continental Federations managed to host nine development continental camps: Africa (2), America (1), Asia (3), Europe (2) and Oceania (1) in 2022. We thank all the Continental Federations for their efforts to develop talent in their continents this year. With these events, a total of 250 young athletes got the chance to take part in a World Triathlon Development Camp in 2022.

The final edition of the 2022 NFs Open Hours “2023 Events & Competition Rule Updates” was delivered, to keep our members up-to-date and be best prepared for 2023, pre-Olympic year. World Triathlon NF Services & Development Department thank our members who actively participate in NFs Open Hours to make it possible and we enjoy this direct way to engage with you!  As we had a high percentage of participation, we also heard from our NFs that this format of connection is beneficial and that we carry on with this initiative in 2023.
You can find the recordings and details of the NF open hours through our website -> development-> NF open hours
Save the dates for 2023:
February 15 & 16
April 18 & 19
June 21 & 22
October 18 & 19
December 13 & 14

2022 Al-Khobar IPC-World Triathlon Para Triathlon Coaching Certification and Training Camp
World Triathlon and the Saudi Triathlon Federation have organized the first-ever Para triathlon coaches’ certification course and development camp in the region with the financial support of the International Paralympic Committee (IPC). The course was delivered by Neil Mac Leod (ITA) and Yannick Bourseaux (FRA). For three days, athletes and coaches from Lebanon, Kuwait, Jordan, Kyrgyzstan, UAE and Saudi Arabia have shared best practices, coaching techniques and discussed how to promote and offer engagement in their regions, with the goal set on increasing the number of countries practicing Para triathlon.
Special thanks to the French and British Triathlon Federations for their contribution to the creation of Para triathlon coaching content. You can read the full article here. 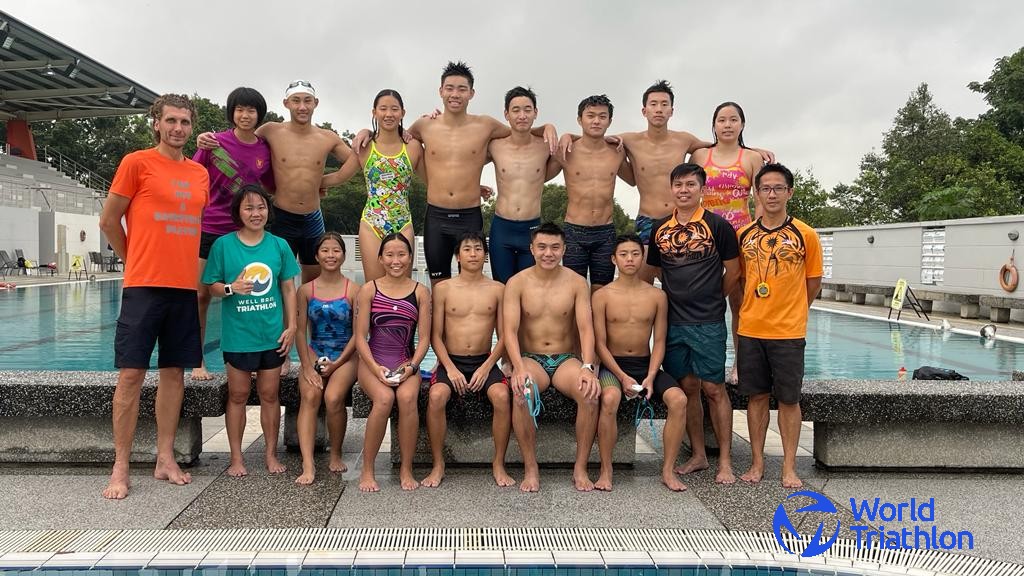 Coaches and Athletes from Malaysia and Singapore attended the continental camp from 27 November to 2 December. The camp was delivered by Head Coach Alexander Kochetkov (LTU). 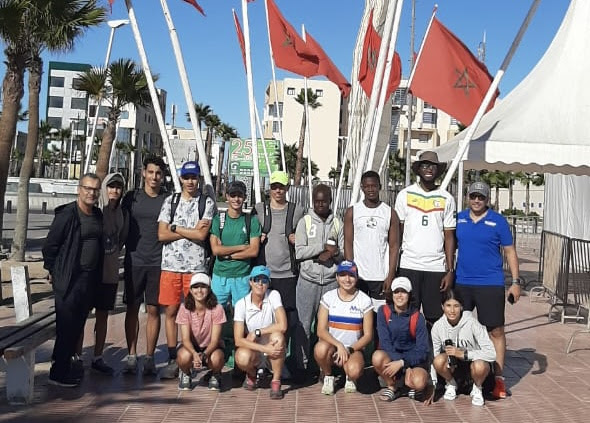 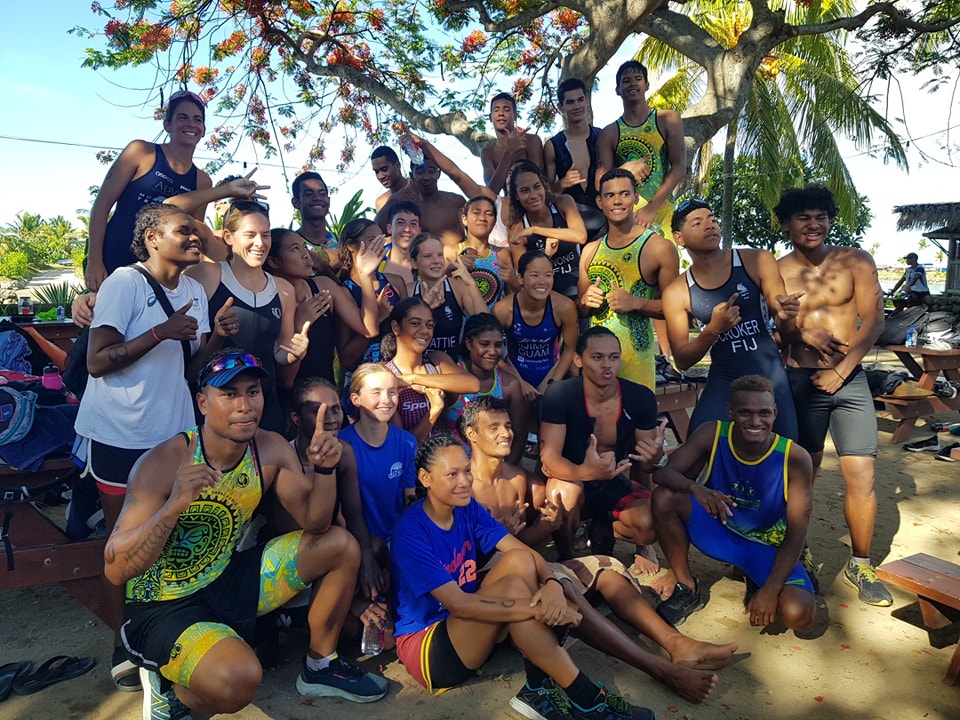 Oceania Triathlon hosted a 5 days development continent camp in Fiji in conjunction with the Oceania Congress and Pacific Islands Triathlon Championships. The triathletes and coaches from Tonga, Samoa, Northern Mariana Islands, Guam, Solomon Islands, Papua New Guinea, Tahiti and Fiji, were in Fiji for a week-long development camp. The camp was led by Toby Coote (AUS) and focused on skill development: learning about triathlon and how to race at the higher level; hearing from some of the best coaches in the world; developing junior athletes and identifying their talents. The camp is concluded with the 2022 Oceania Triathlon Pacific Island Championships Nadi and an all inclusive (athletes, coaches, TO’s & Oceania Congress members) dinner.

“We run the camp at least once per year in Oceania. The goal is to make sure that we can identify the talent early and support our federations to leave legacy wherever we visit. Here in Fiji, we make sure to leave equipment. Also, we had an activator course for technical officials and developed the coaches on the island as well,” said Michelle Cooper, Oceania Triathlon President.

“In my time on Cook Islands, I haven’t seen anything like this for the development of youth. I am blown away by how many people are here and all the different island nations brought together their athletes with a common purpose. The added Technical Official course is really good. The welcoming and friendly spirit of everybody here from the Fiji Triathlon has been just amazing,” said a Congress delegate from Cook Islands Triathlon Association.

“I came here as the primary coach to try new things from my coach’s perspective but I ended up also competing in the Sunday race, which also helped me to improve as an athlete. Coach Toby took us all the way back to basic and learned from there the small techniques and recovery lessons. A quote for future upcoming athletes:  It’s all about commitment!! If you don’t have the equipment, work with what you have. Just stay in and get fit. Have fun and enjoy,’ said Gideon Mulitalo (SAM), Camp delegate - Coach.

From the start of 2023
The Tahiti Triathlon Federation is recruiting children to try our sport. You can feel the vibe from the promotion video.
One of our certified Level 1 Coaches, Michael Owora (KEN), actively organizes the triathlon events in Kenya and promotes our sport. Getting the taste from Kenya. Watch the video to feel the vibe from last year’s event.

National Federations, If you would like to promote and share your national development activities, please reach out to development@triathlon.org