Alanya ready to host next stop on 2021 Para Cup circuit 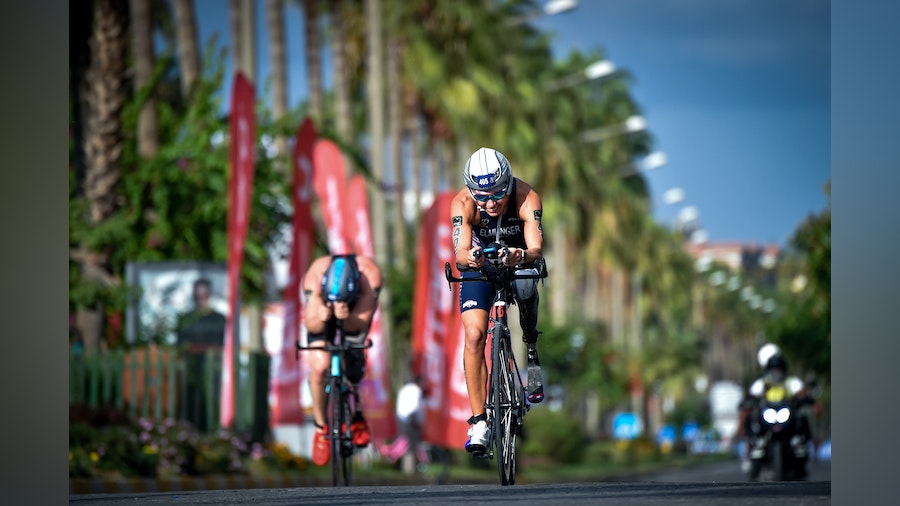 As part of the city’s weekend-long festival of the sport, the Turkish beach town of Alanya will host the third Para Cup of the year on Friday morning. The region shares a rich history with international triathlon reaching right back to 1992, and this will be the second time the Para Cup circuit will make a stop after its 2019 debut.

The course consists of a 750m swim in the blue Mediterranean waters, transitioning to the 3-lap, 20km bike before a 5km, 3-lap run coming down the blue carpet for a grandstand finish set just back off the golden sands.

—
Out first will be the PTS5 men, the young Hungarian national champion Bence Mocsari looking to build on May’s top 10 finish in Leeds and fifth place in Yokohama. A gifted swimmer, he will face Russian Aleksandr Konyshev and French Champion Antoine Besse in what should be a highly competitive opener.

The visually impaired men and women will go out shortly after in three waves, Ukraine Paralympian and former Para Cup winner Anatolii Varfolomieiev B1 among the names to watch. Ireland’s Donnacha McCarthy B1 collected the bronze in A Coruna back in June, finishing 50 seconds ahead of the Ukrainian, and will see this as a great opportunity to top a World Triathlon podium for the first time.

In the PTS2 races, 2016 World Champion Geoffrey Wersy flies the flag for France and will hope to bring his considerable experience to bear in what should be a big challenge for the gold. Home favourite Abdulkadir Ozogul finished fourth here in 2019, while rising Romanian Arian Notretu also starts.

The Russian women Veronika Gabitova, Evgeniya Koroleva and Svetlana Karama will lead the line in the PTS2, PTS3 and PTS4 classes respectively, while Kyrgyzstan’s Nurbek Toichubaev, bronze medallist in the 2019 Asian Championships, will be looking for a career high against Romania’s Winter Triathlon specialist Robert Tamirjan and a sizable Turkish delegation led by Burak Abacioglu.

The PTWC wheelchair class sees USA’s Howie Sanborn H1 and rising Dutch contender Brendan Bischoff H2 ready to go for the gold, Sanborn having won the Americas continental title in Wisconsin in June and no stranger to the Cup podium, Bischoff embarking on his first full season but already making his mark while Russia Champion Semen Radaev H1 will be looking to push on from his bronze in A Coruna.