Alistair Brownlee is back and ready to race Cagliari World Cup 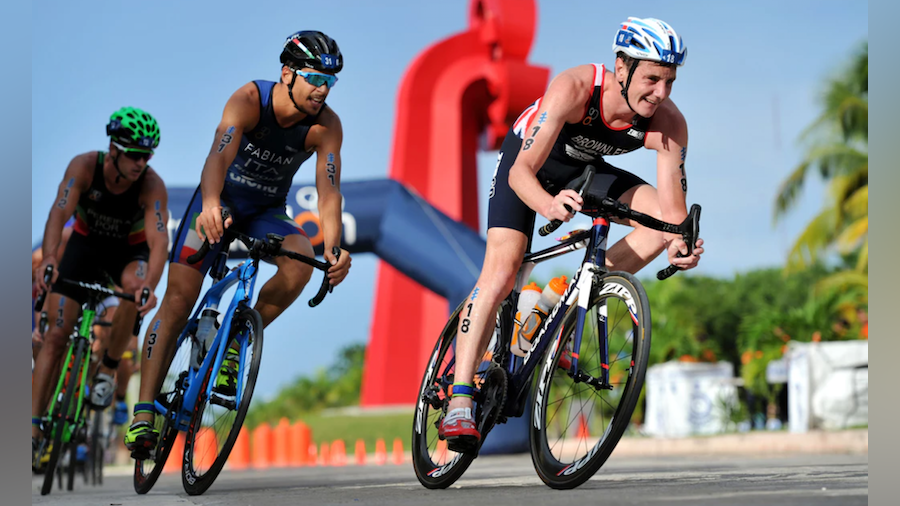 The Sardinian city of Cagliari returns to the ITU World Cup front line this weekend for a fourth consecutive year as host. Once again both the Elite men’s and women’s start lists are packed with international talent, but there is one name in particular that stands out among the men, that of Great Britain’s Alistair Brownlee.

A two-time Olympic and World Champion, Brownlee returns to ITU racing this Saturday on a fast and flat sprint-distance course, the venue having shifted along the coast from the hills and harbourside of central Cagliari to a sandy beach start this year, before the ride and run along the Spiaggia del Poetto waterfront. For the first time, you can watch both races live on TriathlonLIVE.tv

Men’s preview
Cagliari marks a first ITU World Cup start in over a decade for the British star who turned 31 last month, and the sprint course will provide an intriguing litmus test for a man who has become accustomed to competing over much longer distances since his golden triumph at Rio 2016. Significant first-buoy congestion resulted in disqualification for Brownlee at the 2018 WTS Grand Final, having finished fourth in the Glasgow European Championships and tenth in the Commonwealth Games that same year. All eyes will be on him just as they were for another returning legend, Spain’s Javier Gomez, seven weeks ago in New Plymouth.

The podium places remain wide open, however, with Mexico’s Rodrigo Gonzalez again wearing the number one and hoping to bounce back from a disappointing Chengdu World Cup. Germany’s Justus Nieschlag has been in excellent form so far in 2019 having followed up fifth in Cape Town and second in New Plymouth with a storming victory in Madrid, where he pipped teammate Lasse Luhrs to the tape in a dramatic photo finish.

Last year’s first and third men’s finishers hailed from Italy, and both Delian Stateff and Davide Uccellari will be looking to get the crowds behind them again on the new-look course. Australia’s Ryan Bailie continues his journey back to peak performance, a first major podium having looked within his grasp before injury problems hampered the second half of his 2018 campaign.

The Austrian duo of Lukas Hollaus and Lukas Pertl are certainly capable of producing the goods at this level, but will need excellent swims to put them into a position that their skills on the bikes can then build upon. A strong European contingent could see Sylvain Fridelance (SUI), Mark Devay (HUN) and Russell White (IRL) among the medals, while Canadian Alexis Lepage underlined his short-course credentials with bronze in Chengdu last weekend. Teammate Matt Sharpe came off in a nasty collision with Trent Thorpe in that race and remains a doubt.

Women’s Preview
The British team can count on another experienced head, Jodie Stimpson, to make a charge for the podium in the women’s race. Always a contender coming out of the water, the 2013 World Championship runner up will look to compatriot Sophie Coldwell to help drive the bike and hope that the pair can forge a strong partnership across the 20km ride to set up a medal-winning finale. Stimpson wears the number one in her first start of the year, Coldwell having marked her return to action with fourth in Madrid a fortnight ago.

Valerie Barthelemy will be another athlete full of confidence on the Sardinian start line having managed to summon a brilliant, medal-winning display in Chengdu. The Belgian national champion took bronze after a thrilling sprint down the chute with American Renee Tomlin.

Ukraine’s Yuliya Yelistratova will try to conjure the same level of performance that won her a World Cup gold in Salinas six months ago, with Spain’s ever-consistent Anna Godoy riding high after fifth in Madrid also starting in Cagliari.

Of the home athletes, Ilaria Zane grabbed a top 10 finish here last year and is sure to be challenging out of T1, while compatriot Giorgia Priarone would love to rediscover her best form in front of another vocal Italian crowd. Alessandra Tamburri and Beatrice Mallozzi make their World Cup debuts on home soil.

Beyond the strong European contingent, Brazil’s Beatriz Neres chases her first podium in just under a year after some excellent continental performances and Australia’s experienced Charlotte McShane will be hoping her luck this season changes for the better and help her deliver a top ten.

You can follow all the action as it unfolds exclusively on TriathlonLIVE.tv as well as on our social media channels via the hashtag #CagliariWC 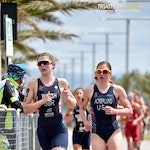 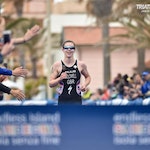 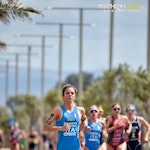 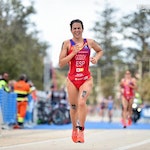 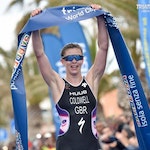 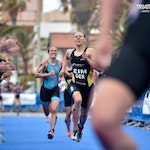 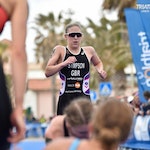 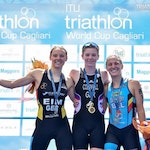 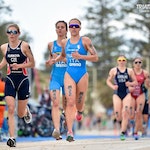 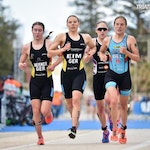 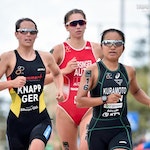 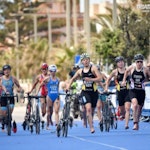