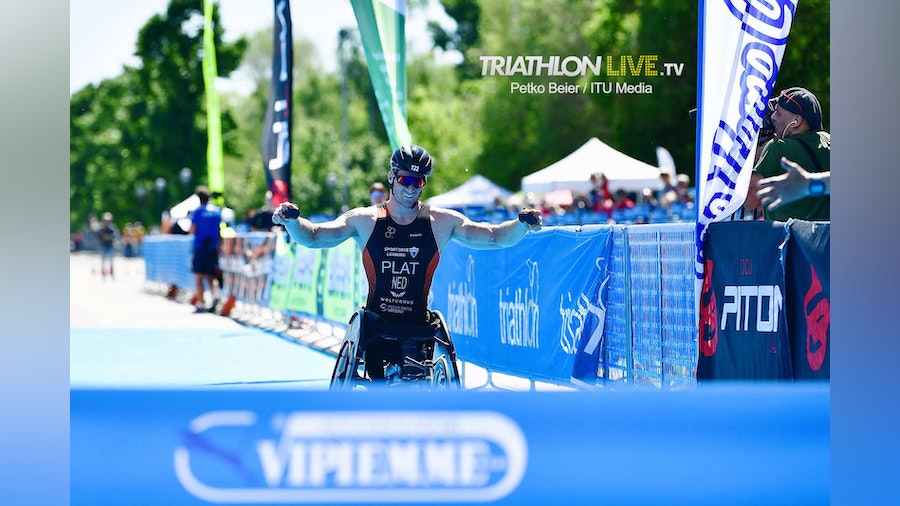 Ideal conditions welcomed the paratriathletes to WPS Milan on Saturday afternoon, where the crowds assembled on the banks of the Idroscalo to cheer on local favourites, World Champions and WPS debutants alike. It was the first WPS event of the 2019 season and a first for the Italian capital as host, providing a typically beautiful setting for some superb racing.

The PTWC athletes were first into the water, a powerful swim from Spain’s Eva Maria Pedrero putting her far enough into pole position that she could not be caught, crossing the line for a precious gold despite the best efforts of Brazil’s Jessica Ferreira in second and Netherlands’ Margret Ijdema in third.

Australia’s Nic Beveridge was the first of the men to exit and head through T1 onto the hand-bike. Giovanni Achenza then had the crowds cheering as he assumed the lead, only to be caught by Jetze Plat at the halfway point. Geert Schipper followed suit and that was how the race would end, the Dutch duo continuing their domination of the category and Plat winning in 54m34s, Achenza securing a popular podium place.

A fast final segment from Britain’s Andrew Lewis wasn’t enough to catch the flying Frenchman Jules Ribstein in the men’s PTS2, the WPS Milan champion’s teammate Stephane Bahier completing the podium with bronze. USA’s Allysa Seely picked up where she left off last year with another brilliant display to take the tape ahead of compatriot Hailey Danz and Finland’s Liisa Lilja.

Victor Chebotarev won his first ever WPS gold in the PTS3 category along with teammate Anna Plotnikova, and it was another Frenchman, Alexis Hanquinquant, who pulled off a typically assured win in the men’s PTS4 but almost four minutes from USA’s Jamie Brown and Spain’s Alejandro Paomero. Hannah Moore (GBR) was another athlete to pick up from a World title win on the gold Coast with PTS4 gold in Milan, Kelly Elmlinger (USA) and Sally Pilbeam (AUS) picking up the silver and bronze respectively.

Germany’s Martin Schulz found the golden touch in the men’s PTS5 race with a superb final segment to pass Britain’s George Peasgood for gold. The Paralympic champion had also been 45 seconds off leader José Sierra out of the water before turning up the heat, the Mexican taking home the bronze. Australia’s Kate Doughty continued her winning form so far this year in the women’s race, Gwladys Lemoussu (FRA) and Petra Levay (HUN) completing the podium.

Great Britain’s Dave Ellis was 70 seconds ahead of Hector Laparra coming out of T1 in the men’s PTVI race but the Mexican delivered a strong bike and held firm on the run to win the gold, USA’s Kyle Coon winning bronze on his WPS debut. Alison Peasgood (GBR) crossed the line first in the women’s race ahead of Spain’s World Champion Susanna Rodriguez and France’s Annouck Curzillat.

Milan was the first of four stops on the 2019 WPS circuit, which heads to Yokohama on 18 May, Montreal on 28 June and reaches its grandstand finish at the Paratriathlon World Championships in Lausanne on 1 September.

Full results from Milan can be found here 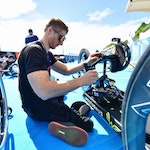 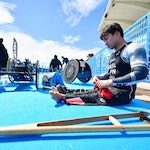 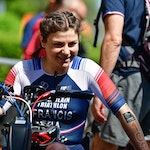 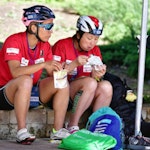 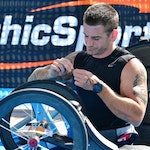 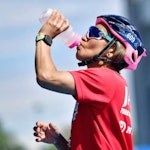 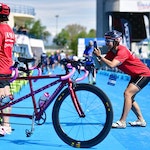 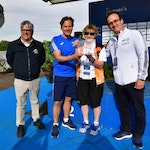 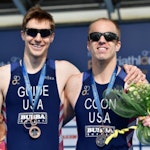 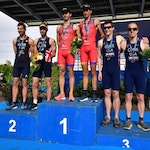 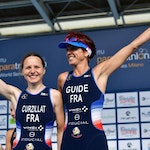 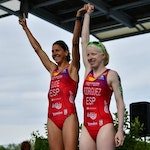