The winter triathlon season will soon reach its climax in Finland at the 2012 Jämijärvi ITU Winter Triathlon World Championships. The elite men’s event will see current and past title holders Pavel Andreev (RUS) and Andreas Svanebo (SWE) battling to be 2012 World Champion while Borghild Løvset (NOR) will be hoping to defend her title for another year in the women’s elite race.

The World Championships arrive in Jämijärvi for the second year running and along with the men’s and women’s elite, U23 and junior races, the mixed relay will also be contested.

Elite Women
Headlining the women’s elite race is certainly reigning champion Borghild Løvset. The Norwegian has yet to learn how it feels to finish a race that doesn’t end in standing on the podium. However, her flawless gold run was interrupted this month when Helena Erbenova (CZE) took Løvset‘s European Championship title leaving her to settle for second in Valsesia.

Maija Oravamäki (FIN) will have the home crowd behind her after delighting fans at last year’s World Championships in Jamijarvi, leading the run before eventually claiming bronze. Russia’s Yulia Surikovawill also be a dangerous threat among the women’s field, just missing out on a podium position not only in 2011, but also at the 2012 European Championships. Another Russian hopeful is Tatiana Charochkina who took silver at the 2010 Eidsvoll ITU Winter Triathlon World Championships.

Elite Men
The elite men’s race will see fierce competition for podium positions in a field which contains two past world champions. The reigning champion is Russia’s Pavel Andreev but he will have his work cut out to defend his title as he yet to beat 2010 world champion Svanebo in the 2012 season. Svanebo, who had to settle for bronze in 2011, will enter Jamijarvi brimming with confidence after recently claiming his fourth European championship title in Valsesia where Andreev finished eighth.

Providing a further threat for the title is Italy’s Daniel Antonioli whose current form in undeniable. Antonioli just missed out on a medal in 2011, but has already stood on four European Cup podiums in 2012 and finished just behind Andreev for silver in Mals in mid-March.

Also watch for 2011 U23 world champion Maxim Kuzmin (RUS) and Jon Erguin (ESP) who both finished in the top five in Valsesia, as well as Kristian Monsen (NOR) and Evgeny Kirillov (RUS) who have experienced the Jamijarvi conditions placing in the elite men’s top ten in 2011.

Under23 Women
The women’s U23 race will see a narrow field of only seven athletes, containing reigning U23 world champion Margarita Ovsyannikva (RUS). Ovsyannikva’s main threat for gold will be Austria’s Romana Slavinec after she was recently crowned U23 European champion.

Tone Dalen (NOR) will also be eyeing the top position following her recent silver medal finish in Valsesia, a convincing distance ahead of Ovsyannikva who took bronze.

Under23 Men
With Kuzmin now competing at elite level, the field is wide open for the men’s U23 race. Norway’s Carl-Fredrik Hagen finished with the U23 bronze medal in the 2011 world championships, but will be up against Pavel Yakimov (RUS) who is reigning junior world champion and enjoying equal success at U23 level recently crowned U23 European champion.

There are a number of other strong Russians including Pavel Khanzhin who took silver behind Yakimov at the 2012 European championships as well as Evgeny Bayguzov and Viktor Kuznetsov who also finished high last year in Jamijarvi.

Germans Julian Erhardt, who just missed out on a medal at the 2012 U23 European championships. and Michael Ager, who has been competing at elite level this year, will also be challenging the field.

Junior Women
Natalie Grabmullerova (CZE) will be hoping to follow in the footsteps of her sister, reigning junior world champion Aneta Grabmullerova (CZE). But Russia’s Tatiana Loginova will have different ideas as she is freshly named junior European champion.

Junior Men
Favourites to lead this young field will be Pavel Eliseev (RUS ) and Zhorzh Basyuk (RUS) who finished one and two respectively at the 2012 European Champs.

The course is composed of a two-lap 6km run on a non-asphalt road without any major climbs, a three-lap 11.7km mountain bike course on a snowy surface with one major, steep climb and one technical downhill, finishing with a three-lap 8.25km cross country ski. 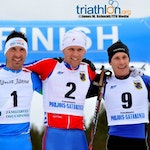 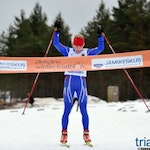 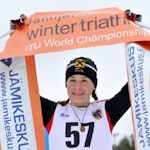 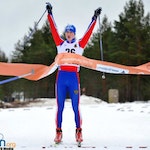 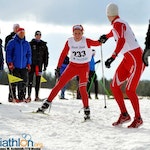 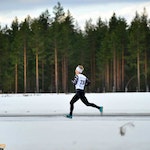 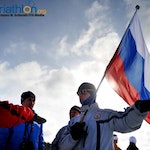 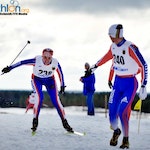 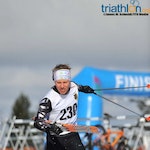 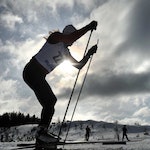 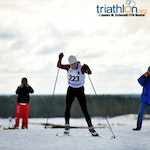 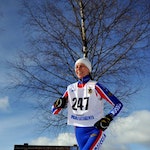