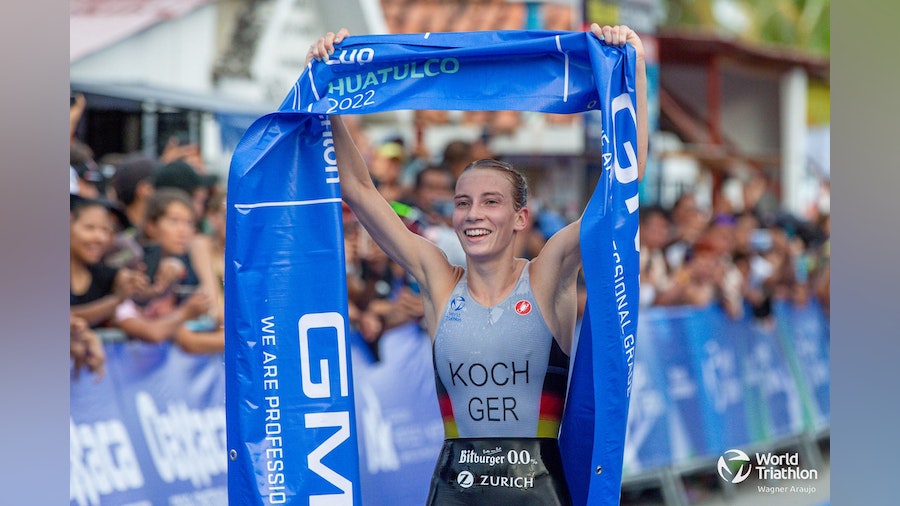 The temperatures may have been tipping past 30C on Saturday evening as the women took to the start of the 2022 World Triathlon Cup Huatulco, but it was Annika Koch who kept her cool to land a magnificent debut World Cup gold in Mexico.

Even after after a tough 20km in the saddle had seen a huge pack form and head into T2, it was the 23-year-old German who was out first and never looked back, finding her rhythm and extending her lead right to the line while Canada’s Emy Legault dug deep to hold off Bianca Seregni (ITA) for the silver.

“It’s amazing, I hoped for a podium and I felt good the whole race. I gave it my all and I am really happy that it went so well,” said a thrilled Annika Koch. “I mean, you always race to win but it doesn’t happen that often - it’s just the best feeling. I started running and felt quite good but said to myself not to keep the pace too high because from one second to the next, in the heat, it can get really bad, so just tried to hydrate the whole time and cool down at every aid station.”

—
The waters were calm for the cove beach start, the threat of a storm subsiding leaving 56 women to line up for the start of a 750m swim in the warm 30C Pacific Ocean. Race number one Erika Ackerlund (USA) took to the right side of the sand for what looked the shortest line to the buoy, Seregni the only one of the highest-ranked women to opt for the far left, choosing to follow the line of the pier.

That tactic worked well as she was soon in clear water and spearheading the field towards the first buoy and a long turn back to shore, Kira Gupta-Baltazar (CAN) giving chase.

As the athletes made their way back in, Lizeth Rueda Santos was met by a roar as the leading Mexican in third, Japan’s Kotomi Anzai and Yuka Sato also delivering great swims, but Seregni already had 20 seconds of daylight.

The long run to transition spread the field further, Koch, Ackerlund and Luisa Baptista (BRA) well placed but Anzai was struggling to mount and lost ground as she hit the tarmac, while Austria’s Lisa Perterer was a minute off the Italian leader after a difficult time in the swim.

Seregni’s time alone out front was to be short-lived, passing up the prospect of pushing hard for a solo breakaway in the heat and allowing herself to be caught by the likes of Legault, Cecilia Perez (MEX) and Ivana Kuriackova (SVK).

By the halfway point of the bike the third pack had caught on too, 32 athletes now together snaking through transition at the bell after the unfortunate Ackerlund tried to ride through a puncture only to veer into the curb and come off, her hopes of a first podium dashed.

Mexico’s Rosa Maria Tapia Vidal and Cecilia Sayuri Ramirez Alavez were met with huge cheers as they tried to hang tough with the leaders, but as Koch went through the gears and looked increasingly comfortable up front, it soon became clear that only Legault and Seregni were going to be able to stay in touch.

Perterer was also going well, but with the battle for silver heating up ahead, Legault and Seregni would not be caught, the Canadian giving everything she had to hold onto second, only for Seregni to pass with 1km to go.

As Koch took the final left turn to the blue carpet, she knew she had time to soak up the moment, a mixture of delight and relief on her face as she lifted the tape, while Legault had rallied to pass the Italian one last time and drive to the line and ensure her first World Cup podium would be silver. Lisa Perterer crossed in fourth, Rosa Tapia was Mexico’s top finisher in fifth and Brazil’s Baptista came home in sixth.

“I don’t think I quite realise it yet, I was trying so hard at the end I thought I was going to get passed because I had nothing left,” said a delighted Legault. “She (Bianca Seregni) caught me on the last hill and I had one of the Canadian coaches there just cheering and telling me to stay with her so I tried as hard as I could but then I heard people cheering for the athletes behind us so I thought they were coming so I just went as hard as I could, I didn’t want to miss that podium.”

“I suffered a lot in this race but I am happy, said Seregni. “I swam very good but it happens a lot of the time that a big group reaches me so I had to slow down and then we were a very big group… then it was a running race finally. I know her (Emy Legault) and she’s a very good girl but we suffered a lot together for the second and third place and it was a little bit me then her but finally she took the second… but I am so happy.” 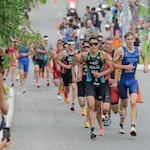 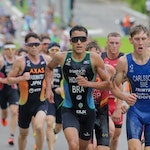 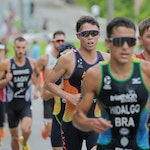 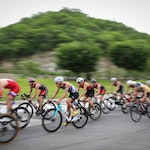 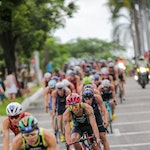 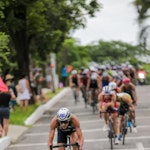 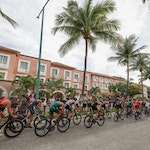 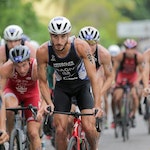 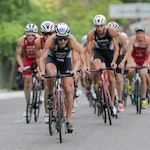 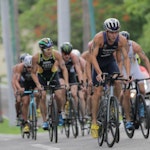 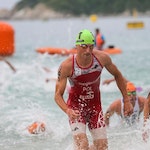