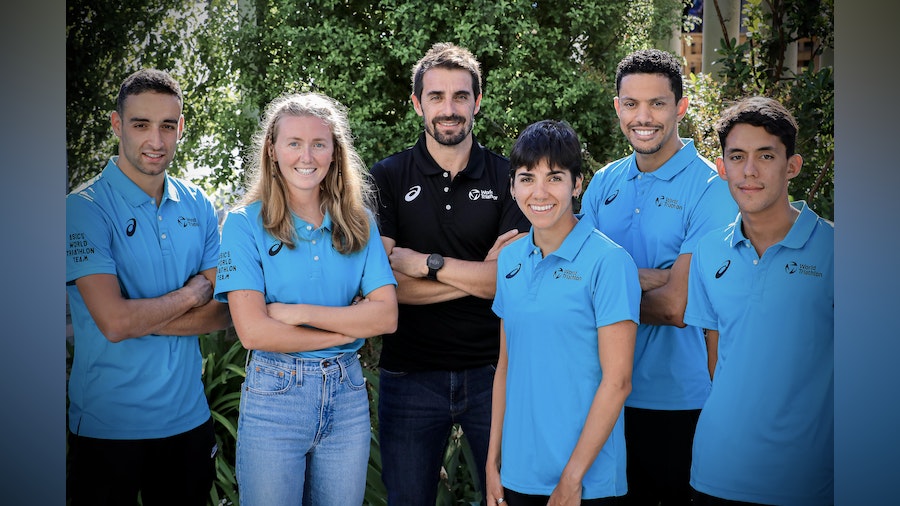 The third and final World Triathlon Cup of the year pinpointed to give support to selected athletes of the 2022 ASICS World Triathlon Team took place in Vina del Mar on 13 November, 120km west of the Chile capital Santiago.

Two longstanding members of the team from Chile, Diego Moya and Macarena Salazar, decided to forgo their places on the team given the nature of a home race afforded them a rather more straightforward set up than usual, leaving room for two new faces to benefit from the significant travel and technical support it brings.

Alvaro Campos Solano and Raquel Solis Guerrero, both hailing from Costa Rica, joined Jawad Abdelmoula (MAR), Badr Siwane (MAR) and Erica Hawley (BER) in the official race hotel, with coach Vicent Beltrane providing the insights and advice to all five athletes as they prepared for the final World Triathlon Cup of 2022 and the first in Chile.

“When I was 15-years-old I took up triathlon and won the Junior National Championship at the first try and that really got me into it,” said Solano ahead of the race. “I knew I had ‘something’ and it has been a long process since. The Junior World Championships in 2018 was the first time I saw the elites racing and that was the moment I realised that my biggest dream was to be a part of that. Getting accepted to the ASICS World Triathlon Team came at the perfect time for me. To be part of a team with such high-level athletes and consider myself as one of them feels great.”

“Joining this team feels like it will really help our process, getting the chance to travel with a bigger team is special,” added Guerrero. “We know we need help to race as much as we can if we’re going to get on the Olympic Games pathway and we have improved a lot this year. This makes it feel even more realistic and a little bit closer. We are trying to push harder to get into the bigger races so we can keep improving and we want to keep improving. Being on this team will be a big support for that.”

The World Triathlon Cups selected to be part of the programme in 2023 will be announced before the start of the new season, followed by the opening of the application process.