The eagerly anticipated Tiszaujvaros World Cup triathlon festival returns this weekend, ready to showcase once more the power that the sport has on this small town in the north east of Hungary. The two-day format will see three men’s and three women’s semi-finals on Saturday afternoon, distilling the fields down to 30 athletes for each of Sunday’s finals. Six podium contenders, some well experienced in the Tiszy traditions, some savouring it for the first time, give us their thoughts ahead of the race.

Emma Jeffcoat (AUS)
“I really love this format, I think it rewards the athletes that race smart and tactically, saving the legs on the run a little so that there is more left for the Sunday. I have some great memories of Tiszy, too, and I was here two years ago for only my third ever World Cup and my whole family came over from Australia to watch me finish fifth, my best result at that time. I’m looking forward to making some more memories this weekend, and I know how important it is to get ahead in the swim and avoid any trouble in the water. Getting away on the bike in a smaller group would be optimal, then it’s down to whoever’s got the legs on the 5km run.”

Gabor Faldum (HUN)
“ I’ve been at home preparing for this race since Antwerp and the training has been going well, I feel good. I’ve made two podiums here in the past and the crowd is always behind us as a team so that gives us some added energy. This is the 22nd World Cup here and that history is so strong – I used to come here on holiday as a kid with my family to watch World Cups and now I’m here racing with the best, so I love this place and this race. The swim is quite hectic in the lake so you have to be fast to the first buoy but then the turns open out the field.”

Kevin McDowell (USA)
“This year I have been as consistent as I’ve ever been in training, but I’ve had some rotten luck and some unfortunate timings what with the crash in Abu Dhabi, the flat in Yokohama and then pulling up sick just before Nottingham and Leeds, but I’ve had some time since then and been talking through everything with the coach and I think we’re good to go for the second half of the season. There’s really no other race like this. Day one is all about qualifying so you have to be smart, pretty much go full gas on the swim, ride clever and not have to smash the run completely and save up for day two. The town comes alive and the vibes are like nothing else I’ve experienced. It’s a week-long festival, people come from all over and they’re so enthusiastic it gives everyone extra energy. This podium is like no other, it’s such a show and I’m hoping third time’s a charm and I can taste that Tiszy magic.”

Matthew Sharpe (CAN)
“The first half of the season I was focussed on the Commonwealth Games, I had a rough race in Yokohama and since then I’ve been trying to concentrate on avoiding making that kind of rookie mistake again. I’ve been focussing on staying healthy and being consistent and we have a very strong group of athletes training together so that’s been the key for me. I haven’t really seen a podium yet this season though so that’s my goal here. This course is unique - you have to manage your way through the swim, get into a good position on the bike and be constantly thinking. It’s all about being engaged and making good decisions.”

Sophie Coldwell (GBR)
“It was a surreal time winning my first Junior European Cup here so I love Tiszy. This format means that you really have to think about how much effort to put in and qualify on the Saturday and go again on the Sunday. The swim is going to be key so I want to really nail that and set myself up for the rest of the race.”

Taylor Knibb (USA)
“It was a bit of a surprise how well 2017 ended for me, but it has taken a little longer to get going this season so we’ll see how this goes. As a team, we have a good mix of experience right now but my primary role model is Tamara Gorman, who won the Junior Worlds and U23 Worlds and is really setting the bar for us all. I’m new to this two-day format so I’m interested to see how it goes, but I’m just focussed on getting through the prelims.” 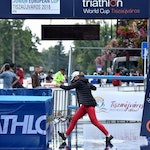 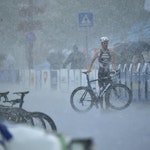 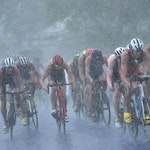 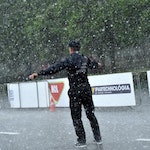 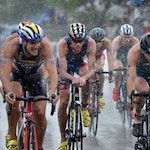 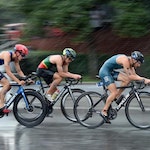 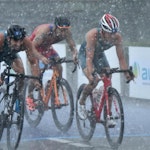 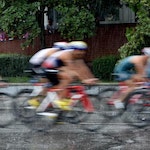 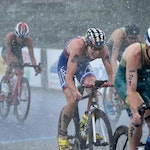 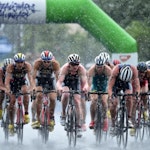 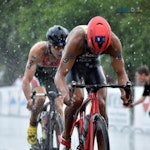 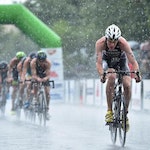