Auckland prepares to welcome the world at 2012 Grand Final 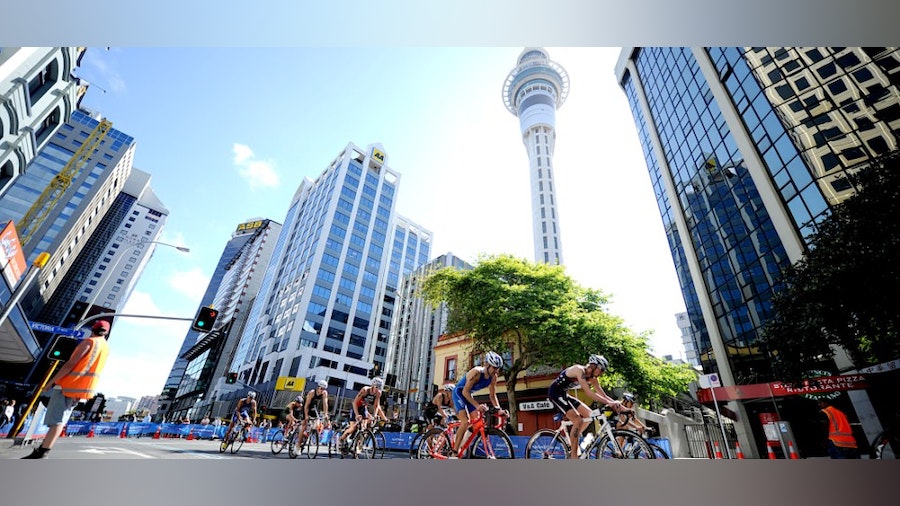 With less than five months to go before the 2012 ITU World Champions are crowned in the fourth year of triathlon’s premier series, Auckland’s preparations to stage the ITU World Series Grand Final are well underway.

November last year saw Auckland host the Barfoot & Thompson ITU Triathlon World Cup to glowing reports. In fact the day couldn’t have been better from a local perspective, the spring weather was on its best behaviour, Kris Gemmell and Andrea Hewitt delivered home town success and huge fields took part in the age-group races over sprint and standard distance. But international visitors planning on coming to Auckland for the 2012 Barfoot & Thompson ITU World Triathlon Grand Final and Age-Group World Championships be warned – you ain’t seen nothing yet!

With last year seen as something of a dress rehearsal for the big show, this year’s hosting of the ITU World Triathlon Series Grand Final and Age-Group World Champs from October 14 to 23 aims to set a new benchmark for World Championship events around the world.

Event CEO Dave Beeche leads a large team working feverishly on planning and preparing an event that will have a lasting impact on the sport in New Zealand and leave a lasting and brilliant impression on visitors in New Zealand to race or support family or friends.

“This is going to be huge, fantastic for the city of Auckland, New Zealand the sport of triathlon but most importantly our international visitors. Last year was a big success but we have not been resting on our laurels, this year is so much bigger in so many ways but the goal is to once again deliver an event that will do the sport and the country proud. “There are many reasons to come to Auckland in October this year but the biggest plus for those participating or watching the racing is the ‘hub’ nature of the venue. Racing will be based in the CBD, with transition and race headquarters right on the downtown waterfront at The Cloud, a wonderful state of the art covered structure that is a legacy of the 2011 Rugby World Cup.

“From the moment people check in to their hotels in the CBD, they can forget the need for a car; forget the need for long trips anywhere, all you will need is a map – which we will provide, and some walking shoes. Supermarkets, coffee, restaurants, bars, race headquarters, transition, massage, and swimming – everything you need will be within 10 to 15 minutes walk of your hotel.”

And you need not worry if you haven’t yet qualified to represent your country; Beeche says organisers have recognised the need to welcome all-comers to participate with the addition of individual and teams participation races.

“We want everyone to feel a part of this event, if you haven’t qualified for the Age-Group World Champs proper, come down anyway and be a part of a great week of triathlon and see Auckland and other parts of New Zealand while you are here, there will be so much to do and see. “We are hosting 3:5:3 (300m swim, 5km bike, 3km run) races on Saturday (solo) and Sunday (team) and are first in first served in terms of entries. There is no qualification, no criteria, just a love for the sport and a keenness to be involved. The team concept in particular will be great fun, with each participant completing the full swim/bike/run over a short distance before tagging their team mate.”