by Doug Gray on 31 Jul, 2018 09:45 • Español
In the final Mixed Relay event of the 2018 series, Australia broke the tape ahead of the 22 other countries that toed the line on Saturday afternoon in Edmonton, Canada. The largest field of the season included three countries racing the unique Mixed Relay format for the first time: China, Hong Kong and Poland. The race was hot in temperature and scorching in competition, with the top teams in the Mixed Relay standings showing up to earn valuable points in the Olympic Qualification Ranking.

The debut series of the WTS Mixed Relay reached its climax in Canada at the weekend, and after three exciting races held in Nottingham, Hamburg and Edmonton over the past two months, the triathlon world has had its collective appetite whetted by the thrills and spills of the sport’s newest event. The Series marks the first time that rankings have been awarded in the format, with the teams battling it out for Olympic qualification points ahead of the event’s hotly anticipated Olympic Games debut at Tokyo 2020.

Each team has up until two hours before the race to finalise their line-ups, with the key stipulation being the order: female-male-female-male. The format for all three races was also the same: a 300m swim followed by 7.5km bike and 1.5km run, making for some explosive times and fierce competition as each athlete seized their opportunity to attack over the shorter distances.

“The three events this year have really showcased the best of the Mixed Relay format, and the reaction of the fans and the athletes has been amazing,” said Marisol Casado, ITU President. “I truly believe that this race has all the ingredients to make a huge impact when it debuts in Tokyo on the Olympic Super Saturday. The incredible excitement, the chance for show-stopping individual displays as well as teamwork and the joy of seeing these men and women competing together all means that this event has the potential to conjure up some more of that special Olympic magic.”

First up in the series, Nottingham made quite a splash on the WTS circuit as the athletes descended on the historic British city as part of a festival of triathlon held in the lead-up to WTS Leeds. “Super excited to be selected to race the team relay tomorrow at WTS Nottingham!” Tweeted Katie Zaferes ahead of the race. “It’s going to be wicked fast and I’m pumped to kick off the first relay of the series with the rest of team USA!”

The packed grandstand was perfectly placed to soak up the drama of the handovers and then the athletes’ sprints down the ramp before launching themselves into the crowd-lined River Trent. The American team dominated the race, first Kirsten Kasper setting them on their way before Eli Hemming handed over to Zaferes, who’s perfect swim put them back out front, leaving Matthew McElroy to hold off Jonathan Brownlee and Team GB to take the tape. Team France came home in third with Australia finishing fourth just ahead of the Netherlands.

Five weeks later in Hamburg, home of the annual Tri Mixed Relay World Championships, it was once again the Australians looking like the ones to beat, but it was Team Germany who got off to a flyer thanks to an inspired first leg from Laura Lindemann. Dorian Coninx was equally fired up for his leg for the French team, and once his lightning-fast display had been matched by rising star Cassandre Beaugrand, it was left to Vincent Luis to romp home for gold, finishing nearly 45 seconds ahead of Australia to take the title. An amazing run from Jacob Birtwhistle helped his side pip the USA to silver, Great Britain and the Netherlands finishing in fourth and fifth respectively.

Making their debuts for the South Africa Team were Ben de la Porte and Amber Schlebusch, just 18 and 16-years-old respectively. “Was a pleasure to share Ben and Amber’s first WTS event at the Team relay today,” Tweeted teammate Richard Murray. ” They are 16/18 years old, good experience for them of high quality racing thanks for coming to race guys!”.

“That mix of young athletes and experienced ones -like Nicola Spirig racing for the Swiss team aiming for her third Olympics in a row- and the great push for the development of the female triathletes in some countries is another factor that makes this event so special for athletes, coaches, National Federations but also for spectators”, said Casado.

With such a strong field taking to Edmonton for the final race of the inaugural series, not to mention further Olympic qualification points on the line, the third Mixed Relay of 2018 welcomed teams from Poland, China and Hong Kong for the first time. Once again the race followed a brilliantly unpredictable path, the French and British looking strong early on along with New Zealand and the USA, but it was another trademark late surge from Jacob Birtwhistle that saw the Australians take the gold for the first time since the Commonwealth Games. “I really enjoyed the extra challenge of trying to secure a position for Jake,” said Australia’s Natalie Van Coevorden. “It was nice to be in a good place for the whole leg,” added Birtwhistle. “When we are racing, we’re racing for a win.”

Matthew McElroy helped the USA secure the silver ahead of New Zealand, with Belgium and France finishing fourth and fifth. “It was fast, painful and exciting all in one,” tweeted Belgium’s Claire Michel. “Proud of Team Belgium for staying in the mix to finish just shy of the podium in fourth.”

All of which leaves the Mixed Relay rankings with the USA at the top of the Qualification, followed by the Aussies, France, Great Britain and the Netherlands. If the Games were hosted now, 17 teams will compete in the Mixed Relay, as those 17 nations have, at this moment, at least two male and two females qualified for the Olympics. And one thing is crystal clear for everyone: we all love this event! 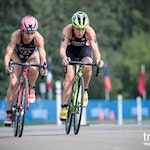 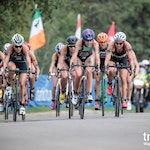 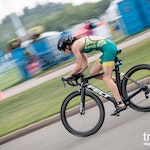 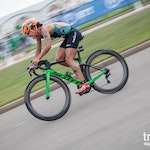 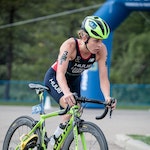 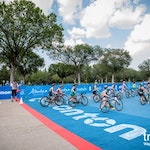 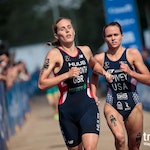 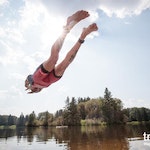 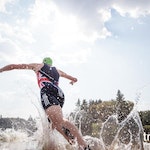 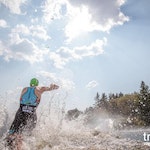 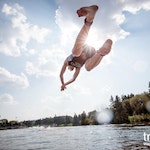 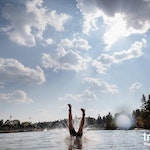