Back to back victories in South Korea for brilliant Beth Potter 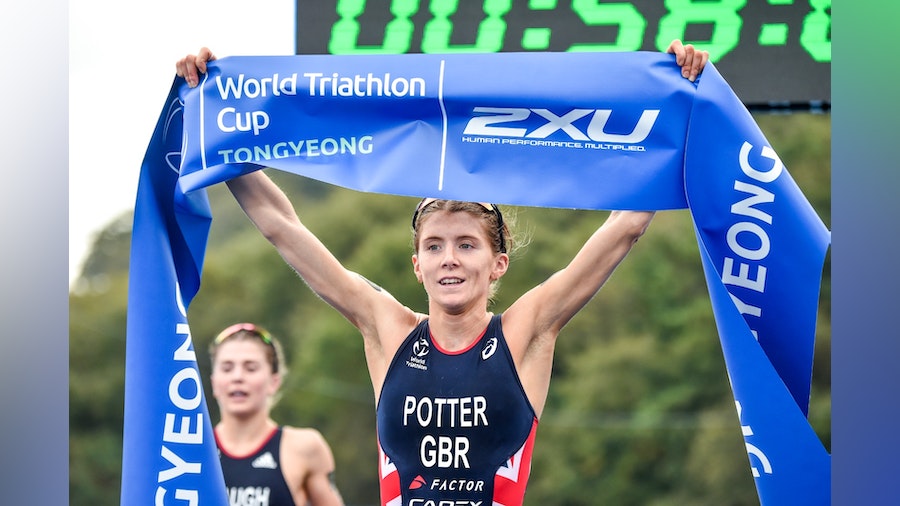 It was the perfectly executed race for Beth Potter, in the 2021 World Triathlon Cup Tongyeong, as the British triathlete dominated across the sprint-distance course, to run away with victory in South Korea. Training partner Kate Waugh showcased a powerful performance, working hard with Potter for the duration of the race, to sprint down the finish chute and earn the silver medal. 2019 World Cup Tongyeong champion Sandra Dodet made up striking time on the run, after coming off the bike 1-minute down on the race leaders, to claim the bronze medal in 2021.

Tongyeong is set off the southern coast of Korea and set the stage for the final World Cup races of the 2021 season. Cooler conditions set the scene for race day, for the elite women’s race, with the water temperature at 19.3 degrees Celsius and the air temperature 13.2 degrees Celsius, ensuring a wet suit swim start for the athletes, which commenced at 0900AM KST.

Great Britain’s Beth Potter and fellow compatriot Kate Waugh led the women through the 750m swim, were the first athletes into the first transition and onto the bike. The 20km bike course (3-laps) in Tongyeong is known for it’s technical sections and challenging climbs and descents. Beth Potter led for the first portion, but it wasn’t long before Waugh, who earned silver in last weekend’s World Triathlon Cup Haeundae, made contact and the training partners rode together for the entire course. Potter and Waugh had opened up a 20-second gap on the chase group of women which included 2019 World Cup Tongyeong champion Sandra Dodet, Emile Morier of France and Australia’s Emma Jackson, all women looking to earn a World Cup medal in South Korea. Behind the chase group was a huge group of women, who had a lot of work to do to close the gap, riding 45-seconds down on the leaders.

On the final bike lap Potter and Waugh had an impressive 1-minute advantage on the field. Across the final stage Waugh attempted to open up a gap over Potter, by making a move to take the lead. Potter is known for her striking run talent so Waugh knew the gap would need to be sizeable, to be in the running for the gold medal. Waugh charged out of transition and onto the run, 10-seconds ahead of Potter and still with a notable 1-minute gap on the women’s field in Tongyeong.

The chasers blasted out of the second transition of the day and the group started to string out, the bronze medal was still for the taking and the likes of Dodet and Jackson were on the hunt.

Waugh and Potter continued to build momentum as they tackled the challenging course and hill in Tongyeong and on the final lap Potter surged to lead the race over Waugh.

Beth Potter looked exceptional as she hit the blue-carpet and charged down the finish chute to win the 2021 World Triathlon Cup Tongyeong, in a winning time of 00:58:08.

“Today I had all the choices on the pontoon. I worked the swim really hard and the first bit of the bike and we were just extending the lead.”

“No panic. I know my strength and I know it’s better for me to close it gradually. I stayed cool and worked the up hill, worked the downhill and just had full momentum going past and I used that to full advantage,” Potter said.

“I felt strong last week, I thought I just played the race to my strengths. It felt like another training session together with Beth and I.”

“I had to play the race to my strength. I had to get a little gap on the run, I tried to go for it. I thought I would give myself the best chance to standing on the top step.”

“I am so happy with how these races have gone. I have gained so much confidence and experience. It’s so beautiful here, I will definitely be back,” said Waugh.

“I had a better swim than last weekend. We were a big group on the bike so I knew I had to push on the run to be on the podium,” Dodet said.

Australia’s Emma Jackson had a brilliant race in Tongyeong to finish in fourth and Roksana Slupek from Poland finished in fifth. 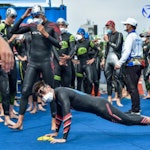 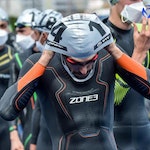 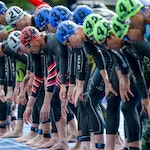 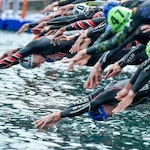 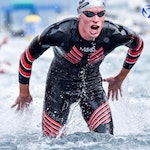 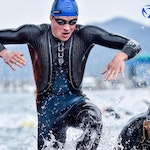 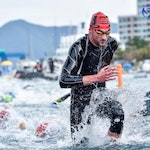 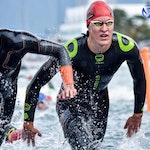 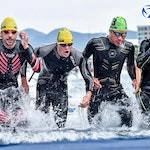 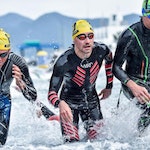 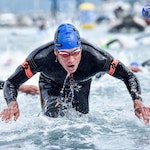 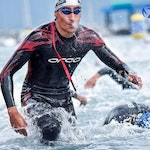