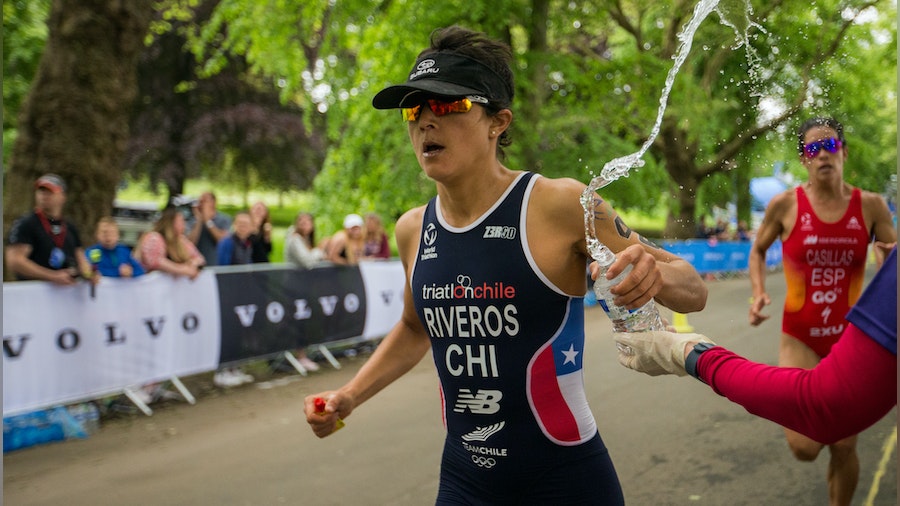 When Barbara Riveros powered her way to fifth place at Rio 2016 behind Non Stanford, Vicky Holland, Nicola Spirig and Gwen Jorgensen, she also landed the best Chilean Olympic performance by a woman since 1956, when Marlene Ahrens won javelin silver.

Now, Chile’s triathlon legend, a Pan-American Games champion and the country’s only World Series gold medalist in history, is heading to Tokyo 2020 for a fourth Olympic appearance, once again flying the flag for her country on the biggest stage. Interestingly, and no doubt due in part to the absence of national female Olympic role models at the time, as a kid Riveros never had that burning desire to reach the Games you so often hear about. Having already done so three times, she has overcome her doubts, learned more about herself, and is ready to embrace that unique Olympic experience all over again.

“The pandemic was very challenging,” she says in an interview with World Triathlon. “Luckily I was in Mooloolaba and stayed there, we only had eight weeks lockdown so I can’t complain, but we didn’t have races. My coach wanted me to go to Europe but the rankings were frozen so I didn’t see the point. It was hard to stay motivated and mentally it was tough, but people like Aaron Royle and Non Stanford were there too so we motivated each other. Just meeting them for different sessions really helped. I had to learn to be patient, and the fact you do this sport because you love it, that was something I realised again, exploring things about myself and my fears too.”

Riveros moved to Australia early on, with barely any English, knowing that it was a huge step but a vital one if she was to pursue triathlon at the highest level. She also joined the development squad, now known as the ASICS World Triathlon team. Those experiences have undoubtedly been a contributing factor to both her achievements and the mental toughness that has become her hallmark.

“The development programme made me believe I could be one of the best in the world. I trained with Lisa Norden and tried to absorb everything I could from her and I’ll always be grateful of what that programme did for me. It changed my whole mentality and ability to survive as a professional athlete.”

Launching herself on the elite circuit and reaching the Beijing 2008 Olympic Games was quite the ride for someone who just eight years earlier had been watching Simon Whitfield at the sport’s Olympic debut in Sydney. Ten years later, Riveros took gold on the very same course, in front of the Opera House, at the World Championship Series Sydney.

“In Beijing I wasn’t good enough, I wasn’t up there. I qualified through the New Flag place and I remember being in the Olympic Village and swimming in the training pool next to Michael Phelps. It was so special. I learned to see the contrast between those who never expected to win a gold and those who expected to and did. That athletes were having the happiest days of their lives and the worst. It was fascinating. Then I moved to Australia and saw I could become competitive. I never had a childhood dream to be an Olympian, but it has grown through the years.”

With the one-year delay to Tokyo and the struggle with training through lockdown, maintaining that motivation and keeping the focus, Riveros admits she has had her own doubts as to whether this was one Games too far. Now, however, those have evaporated and the task at hand – to deliver the very best race she has – is everything.

“It feels very special. I wasn’t 100% sure after Rio if I wanted to get to Tokyo, what with different injuries, personal doubts, the pandemic, but I’m honoured to be going to my fourth Olympic Games. For me, it is important to be honest and it’s not about numbers its about being up there if I can, being a contender. I would always like to improve on Rio but being honest I just want to do my best, it will be a fast race at the front, and there’ll be a breakaway for sure, so I need to keep as close as possible to that. Whatever the result is I must give it 100% even if it’s fighting for the last spot.”