A week of rain gave way to a perfect afternoon for the ITU Triathlon American Youth Olympic Games Qualifier in Monterrey, Mexico today. The event kicked off a full weekend of racing in Monterrey, which includes a 2,000-person age-group race on Saturday and the Monterrey ITU Triathlon World Cup race on Sunday. The event offered Youth participants a chance to grab one of eight qualifying places for their country for the 2010 Youth Olympic Games, which will take place in Singapore this August. The top eight finishing countries in both the men and women’s races secured one slot for their National Federation at the upcoming Games.

Mexico’s Adriana Barraza gave the crowd plenty to cheer for in the women’s sprint-distance contest, winning on home soil with a blazing run. Canadian Hillary Willie had an advantage heading into T2 and rode solo during the opening lap of the 20K bike course, but she was eventually taken over by teammate Christine Ridenour, who led the group into the second transition. Ridenour started the run with a slight gap, but Barraza came storming out of transition and immediately started making up room. The Canadian held the lead for the first four kilometres of the 5K run, but Barraza took over the lead in the final stretch before running down the finishing chute waving her country’s flag. American Kelly Whitley moved into second in the final hundred metres, with Ridenhour hanging on for the third spot on the podium.

It’s great to make the Youth Olympic Team and have the chance to represent the United States in Singapore.
Kevin McDowell

American Kevin McDowell was victorious in the men’s sprint-distance event, breaking away early on the bike and never looking back. After a big group exited the channel swim together, a pack of 10 top men emerged on the first lap before McDowell broke away. The American added about 10 seconds to his gap on each of the five bike laps, entering T2 with a 50 second advantage on the chasers. Mexico’s Octavio Oliveros led the chase group out of transition, but none were able to bridge up to the American, who held his lead throughout the 5K run. Oliveros finished 47 seconds back of McDowell to claim second, with countryman Vinicio Ibarra grabbing the final spot on the podium.

“It’s great to make the Youth Olympic Team and have the chance to represent the United States in Singapore,” McDowell said afterward.

Countries earning a slot in the Youth Olympic Games from the men’s event were: USA, Mexico, Ecuador, Argentina, Venezuela, Canada, Columbia and Brazil. 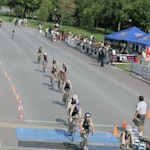 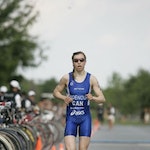 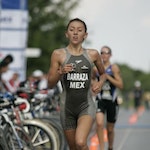 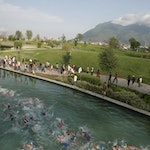 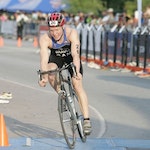 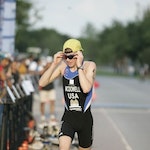 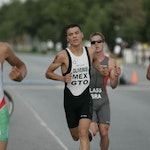 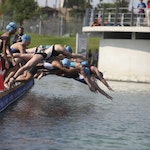 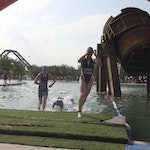 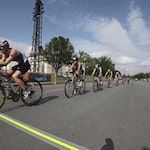 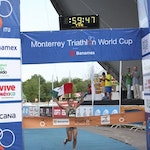 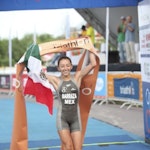