Best of moments: Anne Haug knows how to bridge 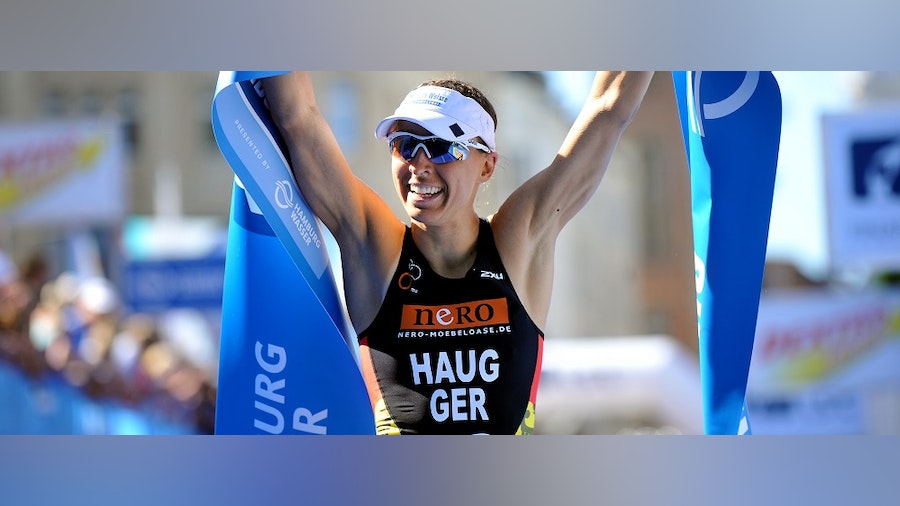 The 2013 season was loaded with “best of” moments that make you sit back and marvel at the amount of talent and dedication of ITU athletes. Anne Haug set off a rash of said moments with her season opening performance in Auckland this year, picking up right where she left off in 2012.

At the start of the day, it didn’t appear as if things would swing Haug’s way, as she trailed a whopping 45 seconds out of the swim. But thanks to a monster bike leg that split 29 seconds faster than any other athlete on the course that day, Haug pulled even and put herself in prime podium position on the run. From then on there was no stopping the tiny but tough competitor, as she ran herself right into first. The bridge move would become Haug’s signature race style throughout the season, leading to several top moments in 2013.

No doubt her most impressive come from behind win performance was in Madrid when she again found herself down and out, emerging as the very last athlete to leave the lake in Casa de Campo. While Haug is known for her bike strength, all bets were off that the German powerhouse could overcome a 1:30 deficit. While she was out of sight and out of mind for the leaders, Haug hung tight on the back of the bike pack and steadily began picking off the competition one by one.

At the helm of the chase pack midway through the eight-lap bike, Haug was again within striking distance. While her final push on the run fell just short of catching 2013 World Champion Non Stanford, Haug’s massive effort on the bike paid off for second place, giving her two of the best bike moments of the season.

While her comebacks weren’t quite as marked in Hamburg and Stockholm, Haug was far from making the lead group out of the water in each race. The technical bike course in Hamburg worked to her advantage, slowing a massive lead group to allow Haug to catch up and become the eventual winner. In Stockholm, Haug had more work to do with a minute to make up straight out of the first discipline, but with, she had again pulled the chase pack even with the leaders by the end of the bike, which was enough to put her in bronze medal position.