This weekend, the world’s best paratriathletes will gather in Rotterdam to race for the chance to call themselves the world’s best at the ITU Paratriathlon World Championships on Sunday. With the men’s PT1, PT2 and PT4 sport classes, as well as the women’s PT2, PT4 and PT5 sport classes set to debut at the Paralympics September 10-11 just days before the Grand Final, paratriathletes will this year compete at a stand-alone World Championships.

Athletes will swim in the Rijnhaven, with a water start for all paratriathletes followed by a 20km bike ride on a flat course of four laps. Though lacking hills, the circuit is very technical, with cobblestones, narrow streets and many turns. The run course will be conducted over two laps on a 2.5km circuit along the Het Park.

PT1
In the men’s PT1 sport class, one of the ones to watch will be world No. 1 Krige Schabort (USA), who will sure fight for his second world title right before the Rio Games. However, he will face strong opposition from the Netherlands’ own, Jetze Plat (NED), who was the European champion two months ago, and Geert Schipper, who was second at the European Championships. Italy’s Giovanni Achenza and Great Britain’s Phil Hogg will also be pushing for the podium spots.

On the women’s side, the PT1 event will feature the reigning World Champion Kendall Gretsch (USA) along with her teammate Mary Catherine Callahan, who just won the Yokohama World Paratriathlon Event. Add in World Championship bronze medallist Lizzie Tench (GBR), and it will be a tough race to cross the finish line first.

PT2
Slated to debut in Rio, the men’s PT2 sport class will showcase strong contenders in second-world ranked Stephane Bahier (FRA) as one of the favourites for gold in Rotterdam. Bahier will have to bypass the likes of Mark Barr (USA) and Mohamed Lahna (MAR) en route to gold, as both men have raced on point this year. Great Britain’s Ryan Taylor and Andrew Lewis are also capable of ending up in podium positions, as Taylor did last year in Chicago with bronze.

In the women’s race, World No. 3 Elise Marc will try again to outperform USA’s Hailey Danisewicz, as she did in Bescanon earlier this year. Marc is enjoying a great season, with her victory at the European Champs two months ago and in two ITU Paratriathlon World events. However, Danisewicz and US teammate Allysa Seely went 1-2 at the World Championships last year. Add Liisa Lilja (FIN) into the mix makes the women’s PT2 race one not to miss.

PT3
While neither the men’s nor women’s PT3 sport class will compete in Rio, a tight contest between Spain’s Alejandro Sanchez Palomero, Brazil’s Jorge Luis Fonseca and Austria’s Oliver Dreier, will go down in Rotterdam. But Daniel Molina (ESP), Leonardo Curvelo (BRA) or Hideki Uda (JPN) can also shake up the podium.

As for the women, two Australians will fight for the world titles with both Sally Pilbeam and Kerryn Harvey set to duel. Although Pillbeam is reigning world champion, Harvey has finished on the podium in every event she has contested in the last year, and is the only woman to beat Pillbeam in the last two years.

PT4
The men’s PT4 race will be one of the most competitive events on Sunday with a large contingency of men lining up that could feature on the podium. Top medal hopes include Spain’s Jairo Ruiz Lopez and Germany’s Martin Schulz, both of whom are Rio-bound having finished first and second in recent ITU events. Schulz is a two-time World Champion with strong hopes to reclaim his title after losing it to Canada’s Stefan Daniel last year. Some others to watch will be Yannick Bourseaux (FRA), Chris Hammer (USA) and Keiichi Sato (JPN).

Also a stacked field, the women’s PT4 race will be a fight between Great Britain’s Lauren Steadman and Faye MccLelland, as well as USA’s No. 1 Grace Norman. The crown is Steadman’s to lose, having gone undefeated the last two years including the wins at the last two World Championships. Norman looks to be Steadman’s stiffest competition after earning silver at the World Championships last year, as well as the Rio Paratriathlon World Event, but MccLelland is no stranger to the World Champs podium having finished second in 2014.

PT5
America’s No. 1 Aaron Scheidies is looking for his second world title in Rotterdam, but Poland’s Łukasz Wietecki, Ukraine’s Vasyl Zakrevskyi will look to improve upon their second and third place finishes from last year’s World Champs.

In the women’s PT5 race, which will be contested in Rio in September, Alison Patrick (GBR) is in search of her fourth win this year. Spain’s Susana Rodriguez, and Great Britain’s Melissa Reid will also vie for the title, especially since reigning World Champion Katie Kelly is missing from the start list. The Netherlands’ own Joleen Hakker is also lining up, and will defend her World Championship podium from last year.

Waves of paratriathletes will begin going off at 3:30pm on Sunday. 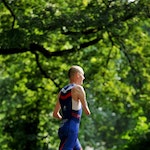 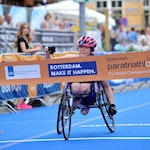 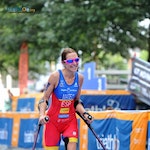 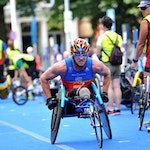 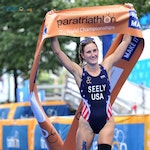 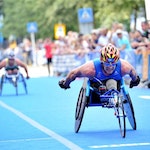 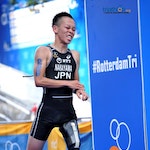 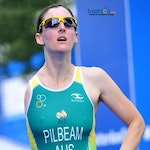 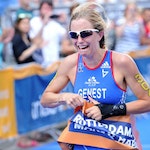 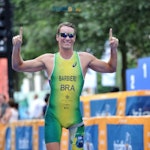 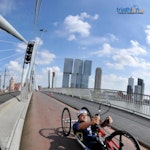 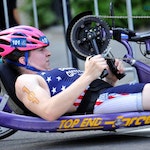