Ahead of Paratriathlon’s debut in the 2016 Rio Paralympic Games, the fields at each year’s world championships continue to grow and the competition steps up another level. But the 2013 Men’s TRI-1 race will go down in history as one of the most thrilling, as Australia’s Bill Chaffey and the Netherlands’ Jetze Plat went down to the wire in the battle for the title.

Plat had initially stunned the field when he took the lead after the 750m swim in the Serpentine in just his first Paratriathlon race. Plat’s background was instead in handcycling, he represented the Netherlands in the London 2012 Paralympic Games and just a few weeks before London had taken home a bronze medal at the 2013 Para-cycling World Championships. His advantage there shone through as he took a lead of over three minutes into the final wheelchair leg. That seemed like an insurmountable lead, but Chaffey was just getting started. He kept pulling time in with each push, and as they turned into the finishing straight, Chaffey overtook Plat and jubilantly celebrated his fourth title.

“I got out and was told he had a minute and a half on me out of the swim and then in the bike I was getting timecalls from coach and he was getting further and further and further in front and he was well over two minutes ahead of me before I started the run,” Chaffey said post race. “I’ve done a lot of work in this wheelchair over the last 12months, it’s obviously paid off.”

“I don’t know how I did that, at the start of the swim I just saw him take off and thought ‘who the hell is that,” Chaffey said of finding out Platz was ahead of him in London.

It added to Chaffey’s reputation as one of Paratriathlon’s stars as the sport builds ahead of its Paralympic debut in Rio. Chaffey was training for his first Ironman race in 2005 when knocked off his bike by a truck, in the process leaving him with left leg paralysis, a fractured pelvis and four broken vertebrae. But with a chance to continue training in the sport he loved, Chaffey took up Paratriathlon, and is almost certain to be one of the sport’s first Paralympians.

But don’t count out Plat joining him, in which case, get set for London’s 2013 battle to play out on an even larger stage in Rio.

“I don’t know, it’s the first triathlon and I as I say, my first sport is hand-cycling and normally I would go for the hand-cyling to Rio,” Platz said. “But triathlon is also going very well so I will have to think about it. There are currently seven categories for physically challenged athletes to compete in over the sprint paratriathlon distance of 750m swim, 20km bike (hand cycle/tandem), 5km run (wheelchair) at the ITU World Triathlon Championships each year. Keep an eye out for these Paratriathlon stars at events around the world in 2014, including at World Triathlon Series events in Yokohama, Chicago and London. 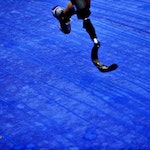 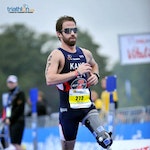 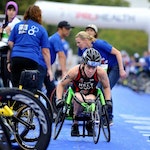 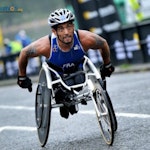 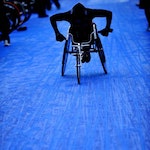 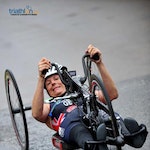 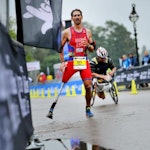 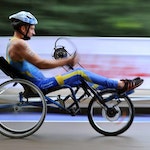 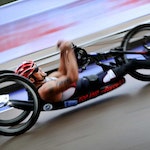 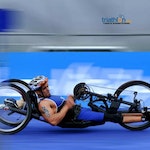 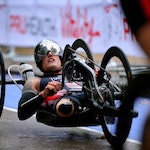 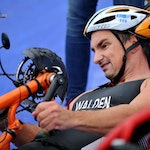