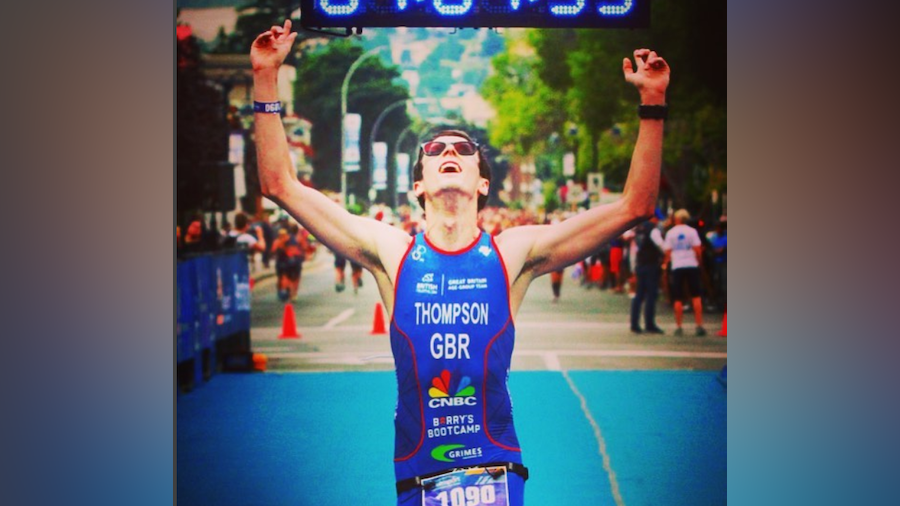 Lee Thompson, age group triathlete representing Great Britain, started out in triathlon in 2013. In 2018 he has represented and contested in races all around the world and is highly motivated to make his way to the start line, of the World Triathlon Grand Final on the Gold Coast this month.

Thompson was on the podium at the recent 2018 ITU Duathlon Multisport World Championships where he claimed the bronze medal and more recently fifth place at the ETU Triathlon Europpean Championships.

“I feel really privileged to have found something that motivates and inspires me every single day! I love the sport and I really can say it’s changed my life for the better.”

Do you have an interesting story to share?
“Until 2013, I spent more time in the pub than I did in the gym.”

How did you get into the sport of triathlon?
“After London 2012, I really wanted to try a new sport. The Olympics gave me the sporting bug and I really wanted to try something new. I remember during 2012, a few colleagues and I made the decision to sneak out of the office and head to Hyde Park to watch the men’s Triathlon final. The atmosphere was electric. From the time they dived into the swim to the point Alistair Brownlee raced to the finish line to take Gold, the crowds around the park were buzzing.  As I strolled back to the office that afternoon I decided that I’d sign up to a triathlon and be part of the 2012 legacy. It sounds cheesy I know, but that was the reason.  I signed up for the 2013 London Triathlon and never looked back.”

What is your favourite discipline and why?
“I love the run! It’s my strongest of the three and its nearest to the end. Nothing beats that finish line feeling!”

What does the triathlon community mean to you?
“I often get asked “Why would you do a triathlon?” And the honest answer is “because I absolutely love it!” The triathlon community has played a big part in that. I’ve met some of my best friends through the sport and I love that it now takes me all around the world and I get to meet new people at every race!”

How motivated are you ahead of the Grand Final?
“I’m so pumped! I love Australia. What better setting than the Gold Coast for this year’s Grand Final? The World Championships is always a really special race in the calendar but I’m extra excited this year to be travelling such a long way to represent Great Britain!”

Will anyone be there to support you on the day?
“Sadly my family can’t make the trip but two of my best friends from Sydney are flying up to watch. I’m sure the family will be tuned into the finish line live stream though screaming at the computer screen!”

Have you been to Australia before?
“I’m lucky enough that this is my eighth visit to Australia. I love the people, the beaches, the food, the coffee and most of all THE SUNSHINE! It really is like a home away from home for me, so I’m really excited to be racing in the Gold Coast.”

“From the opening ceremony to cheering on the other age groupers and the elite athletes. I think we’re all in for an amazing week!”

What are you most looking forward to?
“The end of the swim, I don’t want to get eaten by a shark, I’m joking! I’m actually looking forward to getting there and soaking up the amazing atmosphere. From the opening ceremony to cheering on the other age groupers and the elite athletes. I think we’re all in for an amazing week!”

What does it mean to represent your country for triathlon?
“As I said earlier, I took up triathlon in my late 20s and I’d never really done much sport beforehand. Every time I pull on my GB tri-sui I still can’t believe that I’m representing my country. There is nothing like the feeling of running in a race and hearing “GO THOMPSON! GO GB!” It really is something quite special and a huge honour.”

Who or what inspires you?
“Wow. That’s a really tough question! Obviously I got into the sport as I was inspired by the Olympics, but day to day I’m often inspired by the people around me. My dad was diagnosed with prostate cancer last year and managed to fight it off. When the going gets tough in training I often think, if Dad can fight off cancer, I can get through the next 30 minutes!”

Please take me through your race morning – any special things you do, eat, say to yourself?
“I still get nervous pre-race! As the swim is my weakest discipline too, I also get in the water and think, “Lee, what the hell are you doing?!” To quell the nerves though, I have a pretty structured pre-race routine. I tend to eat three hours before – usually porridge with peanut butter (believe me, it tastes pretty good) and a black coffee. Pre-race, I tend to warm up for 30-minutes which consists of a light jog and some activation stretches. Most importantly though, I try and remind myself that I’m doing this because I enjoy it!”

Why triathlon?
“When I made that rash decision to sign up to a triathlon, in my mind it was going to be a one off event that I could regale for months and years to come. My fitness at that point wasn’t anything special. I regularly visited the gym to keep fit but probably spent more time in the pub next to work undoing the good work I was putting in. As I counted down to the first race I remember thinking “what the hell are you doing?!” Although I was a competent swimmer (I used to compete as a teenager) I’d not competitively raced for over a decade, my cycling was questionable and my run was in need of definite improvement. On the morning of the race I felt physically sick but the thought of completing it, getting it done, concurring the challenge was a massive draw.”