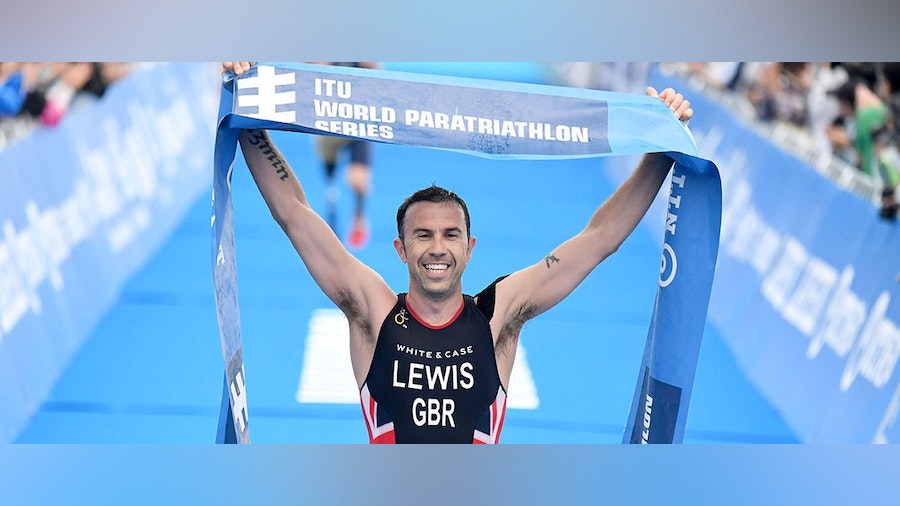 Great Britain and the USA dominated the podium at the second International Triathlon Union (ITU) World Para Triathlon Series of the year, which concluded on Saturday (13 May) in Yokohama, Japan.

The British contingent won three gold, two silver and two bronze medals, with Paralympic champion Andy Lewis, Alison Patrick and Dave Ellis all starting their seasons with wins. For many of the British athletes, it was their first international competition since Rio 2016, where the sport made its Paralympic debut.

Lewis (1:08:44) produced a strong 5km to run to come from behind to beat the USA’s Mark Barr by nine seconds in the men’s PTS2 category. Barr led after both the 750m swim and the 20km bike, but Lewis passed Barr on the run to ensure a winning start to his season. Morocco’s Paralympic bronze medallist Mohamed Lahna (1:11:20) finished third.

Ellis (1:03:08) marked his return to international Para triathlon with victory in the men’s PTVI class. Ellis was competing in his first international race since 2014 and finished two minutes, 14 seconds ahead of Spain’s Hector Catala Laparra (1:05:22), with Poland’s Lukasz Wietecki (1:06:07) finishing third.

There were two British Para triathletes on the podium in the women’s PTVI race as Alison Patrick won gold, while her teammate Melissa Reid finished third; both took silver and bronze respectively from Rio 2016. Patrick (1:07:19) produced a dominant performance to finish three minutes, 40 seconds ahead of Spain’s Susana Rodriguez (1:10:59), with Reid just over a minute further back in third (1:12:01).

The Japanese crowds were treated to a home winner in the women’s PTHC race as Wakako Tsuchida (1:15:11) took the victory ahead of Great Britain’s Jade Jones (1:16:30) and Spain’s Eva Maria Moral Pedrero (1:17:42). Jones made an impressive Para triathlon debut after deciding to combine triathlon with her athletics career.

The USA’s Allysa Seely led the way for the USA, which finished with three gold, two silver and a bronze medal.

Seely (1:21:01) continued her dominance in the women’s PTS2 class as she defended her title from last year. The world and Paralympic champion produced another strong performance to finish 44 seconds ahead of her compatriot and Paralympic runner-up Hailey Danz (1:21:45), with Finland’s Liisa Lilja (1:23:50) finishing third.

Victory in the men’s PTS4 class was earned by the USA’s Jamie Brown. His time of 1:05:35 saw him finish over a minute ahead of Russia’s Mikhail Kolmakov* (1:06:47), with Brazil’s Marcelo Collet (1:07:38) repeating his bronze medal from April’s series in Gold Coast, Australia.

There was further Japanese success in the women’s PTS4 classification as Mami Tani (1:18:06) finished over three minutes ahead of Australia’s Sally Pilbeam (1:21:43) and the USA’s Patricia Collins (1:21:50).

US athlete Chris Hammer made it two wins out of two in this season’s ITU World Series; repeating his victory from Gold Coast in a hotly-contested men’s PTS5 classification. Great Britain’s George Peasgood led until the final 400m of the run, when he was overhauled by Hammer and Russia’s Alexandr Ialchik*.

Hammer held off the challenge of Ialchik to win in a time of 1:02:23, four seconds ahead of Ialchik, with Peasgood 12 seconds further back in third. In the women’s PTS5 class, Australian Paralympic champion Kate Doughty (1:09:20) repeated her Gold Coast win, finishing two minutes, 34 seconds ahead of France’s Gwladys Lemoussu (1:11:54), with Russia’s Anna Bychkova* (1:16:18) in third. 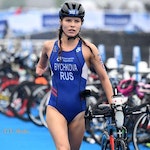 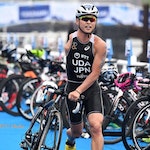 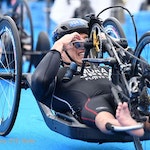 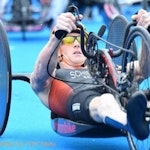 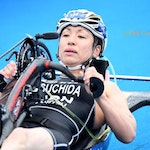 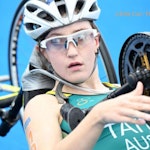 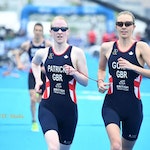 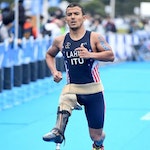 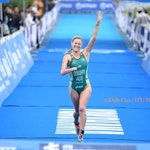 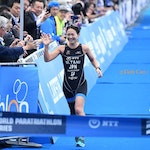 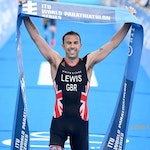