The unstoppable Alistair Brownlee again showed he is the real deal taking his fourth Dextro Energy Triathlon ITU World Championship Series win in four starts in front of an elated home crowd in London, England today.  The 21- year old raced from the front over the entire 2012 Olympic venue, cruising home in front of an ecstatic home crowd in a time of 1 hour 41 minutes and 50 seconds.  In second place was another up and coming athlete in Germanys Steffen Justus, eight seconds back.  In third was New Zealands Kris Gemmell, another three seconds back, just beating out Sebastien Rank in a sprint across the line. I cant quite believe it, I never expected at the start of the season to get a win in Madrid, Washington or Kitzbhel or here, said Brownlee. Ive had a lot of luck on my side, but youve got to make the most of it and I think I have. Its been a great run of results and I hope it continues.

A small breakaway of 12 formed from the opening 1,500 metre swim and in it was Brownlee, his younger brother Jonathan and current world champion Javier Gomez.  The group worked well together to stay almost a minute ahead of the large chase pack of 40 plus riders until the 30 kilometre mark when Gomez hit the pavement, retiring from the race with unknown injuries.  After this the lead group all but stopped letting the chasers swallow them up heading into the bell lap.  A visibly upset Brownlee was not impressed to see the chase group catch on and with it some of the sports top runners including Justus, Gemmell, Rank, Tim Don, Courtney Atkinson and Laurent Vidal. I heard a big crash behind me and looked round but couldnt see who it was, then Johnny [Brownlee] rode up to me and said it was Gomez, recalled Brownlee.  I thought because there was a group catching us up that he might be able to get back in the race and catch back up, so I didnt know he was out of the race until I was on the run.

Entering second transition was some 47 men, the largest bike pack seen this year.  But despite his frustrations, out to the front immediately was Brownlee pushing the pace and although a small group was able to stay with him over the first six kilometres, it was not long until it was the series leader on his own, as per usual.  The seemingly unstoppable Brownlee once again blew away the field to claim his fourth Dextro Energy Triathlon ITU World Championship Series race this season with a closing 28:43 run split. I never thought I could get on the podium, said Justus.  My ranking is eleventh and so my ambitions are always to come in the top ten. There seems to be a triathlon boom in Germany right now, were all having a great year with Maik Petzold, Jan Frodeno and Daniel Unger. Lets see what we can do at the Grand Final.

It hasnt been too bad a season, and its nice to be on an upwards curve, added Gemmell.  I tried to manage the last two races with some heavy training, so its good that its come off here in London. I train with Steffen Justus and Sebastien Rank every summer in Germany so it was good fun battling it out in the home straight. It wasnt the prettiest look in the world, but it was a good result.

So with his win, Brownlee solidifies his lead in the Dextro Energy Triathlon ITU World Championship Series rankings, maxing out his points total leading into the Grand Final on the Gold Coast of Australia in four weeks time.  Justus moves into third with his second place finish and Gomez falls out of the top three. 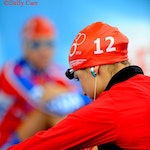 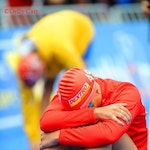 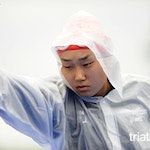 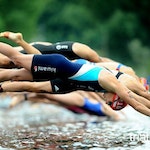 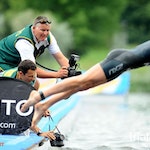 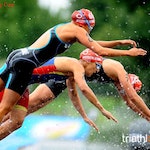 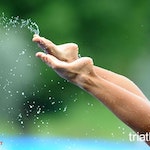 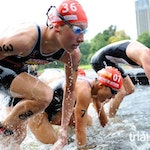 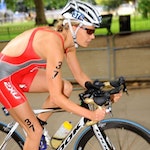