“The pack was going really slow and I thought why not go for it,” Buckinghma said. “One of my teammates from the French Grand Prix was there and he’s really strong. Si I thought this could work. And yea we got away.”

The day kicked off with a two-lap swim through the Mediterranean in Spain’s Costa Brava. With stiff competition set for the men’s race, Alessandro Fabian (ITA) and the Polyanskiy brothers wasted no time jutting to the front of the swim early on the first lap.

On their second dip in the ocean, the men maintained their positions, slicing through the sea to get to their bikes first. But any hopes of a breakaway were quickly slashed, as a group of 26 men came together by the second of seven technical bike laps. Another 30 men trailed just 40 seconds at the beginning of the bike, but by midway they had chiseled that down to 14 seconds. From there, there was no stopping them from bridging up in the last two laps for a massive 60-man bike race.

Prior to the bell lap, Buckingham, along with Mattia Ceccarelli (ITA), Ryan Fisher (AUS), Ben Kanute (USA) and Alberto Casadei (ITA), worked up the nerve to pull away from the field. In two laps, they pushed some 40 seconds ahead of the pack, giving themselves a nice lead into the three-lap run. While the break failed to help most of the men, Buckingnam was able to make it stick, proving a game-changing moment for him.

But powerhouse Polyanskiy nearly crushed Buckhingham’s plans for the top podium spot. Coming for behind, the Russian hammered out an impressive first run lap, as did Martynenko and Sebastian Rank (GER). The trio ran shoulder to shoulder and with each step closed in on Buckhingham.

“Today was a really hard race for me,” Polyanskiy said. “It was a quite difficult race on the bike. This year is a year to experiment for me.”

With just 600 meters to go, Polyanskiy and Martynenko pulled even with the Brit, but Buckingham was not to be outdone. In a last blast of speed, he charged down the finish chute, clinching the title in 1:48:50.

Polyanskiy and Martynenko were left to battle for second, but Polyanskiy’s experience was no match for Martynenko as he sailed over the finish line for silver by just one second in 1:48:52. Martynenko earned his first World Cup podium in 1:48:53. 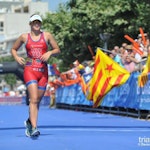 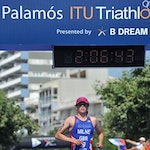 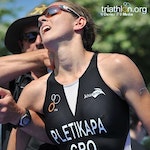 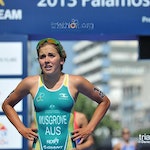 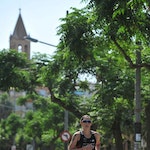 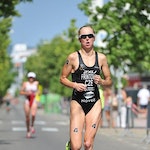 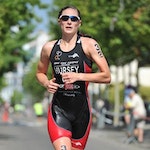 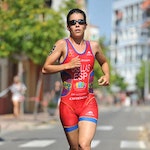 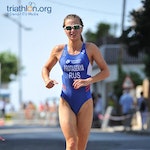 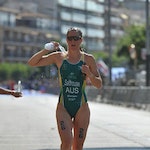 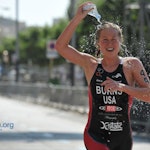 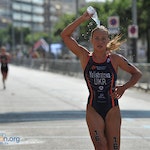