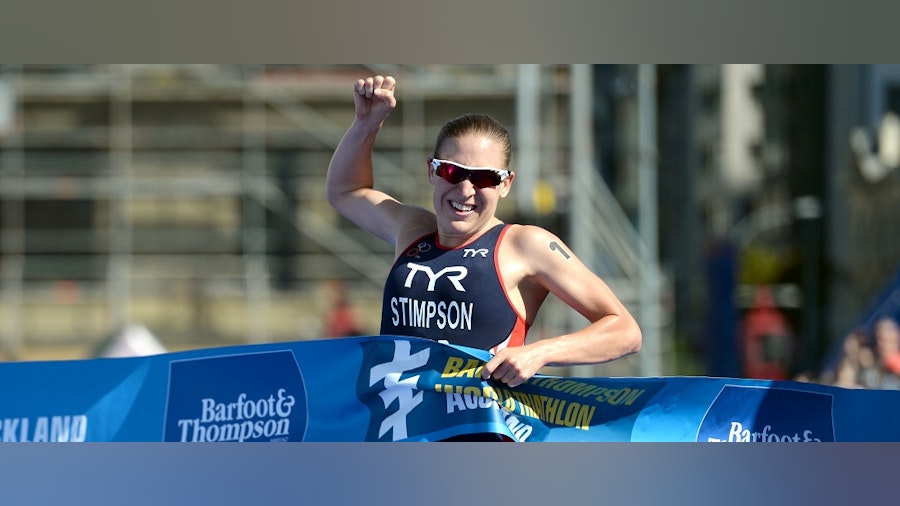 In the highly anticipated debut of Africa on the World Triathlon Series calendar, the women’s race again spotlights an impressive field for the two-lap 1500m V&A waterfront swim, which will be followed by an eight-lap bike with constant ocean views and a four-lap 10km run in Cape Town.

Familiar talent on a new course
For the second WTS race in a row, the women’s start list explodes with talent. While the ladies’ lineup is similar to that of Auckland, Cape Town’s course couldn’t be more different. Conclusion? Prepare to see yet another unpredictable nail biter. While Auckland favored strong bikers like Jodie Stimpson, Anne Haug and Helen Jenkins, the course this weekend doesn’t offer those pack-breaking climbs meaning the front group will have to work that much harder to ditch the competition. The change in strategy might also mean a change in the Threadneedle leaderboard, so be sure to tune in to see the leading ladies duke it out.

Whether it’s the men or women’s race, there’s no doubt about it, you’ve got to run if you want a spot on the podium. While Gwen Jorgensen got jammed up on the bike after an athlete crashed in Auckland, the American takes no prisoners when she’s off the bike. Jorgensen will have to keep triple threats like Stimpson, Jenkins, and Emma Moffatt in sight if she wants to return to the top of the rankings, but those gals will need to have rear-view vision if they want to keep blazing Jorgensen at bay. Also don’t forget Jorgensen’s compatriot Katie Hursey, who started strongly with World Cup podiums in Mooloolaba and New Plymouth before a tough day in Auckland.

Past meets present
After missing a year of competition due to injury, Jenkins roared back into action without missing a beat to collect bronze in Auckland. The medal took her to 11 career WTS medals, making her equal with Hewitt in WTS career podium places. But both are still behind Moffatt, who has 15 career WTS podiums, including five wins.

Sarah Groff also reminded the field what she can do when she scorched through the course for fifth place. While these women have history on their side, up and comer Sarah-Anne Brault surprised herself with a fourth-place finish to announce her presence in women’s triathlon. All the women but Hewitt will also be in Cape Town meaning it can be anybody’s podium on race day.

Bringing it home
Olympians Kate Roberts and Gillian Sanders are South Africa’s best bets in the women’s race for making some noise on home soil. Roberts, a two-time Olympian, made waves in Hamburg in 2010 when she placed fourth there. Sanders qualified for her first Olympics in 2012 where she finished in 19th place and recently defended her title as the fastest woman in Africa at the continental championships. Mari Rabie, who collected South Africa’s first medal at an ITU World Championships with her U23 bronze in 2008, will also line up on Saturday. Fresh from an Oxford education as a Rhodes scholar, the Beijing Olympian last competed on this stage in 2010.