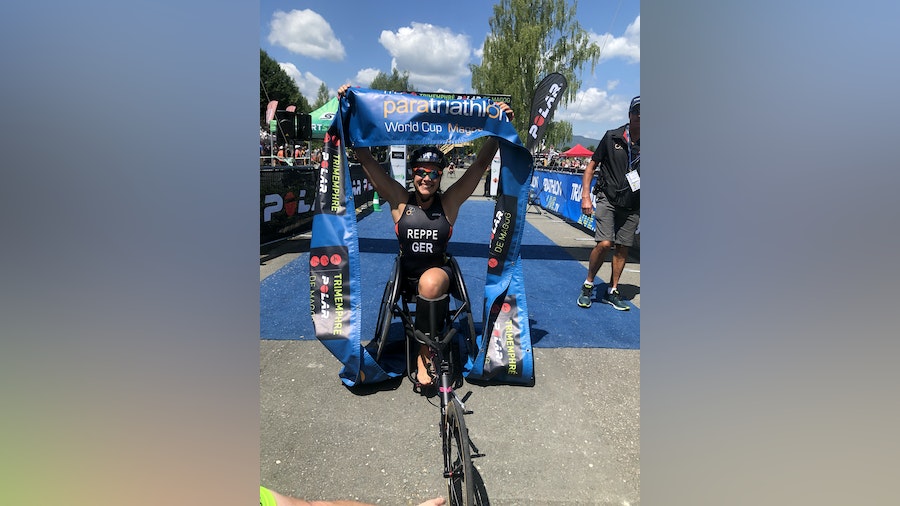 German Rio 2016 paracycling champion Christiane Reppe continued her impressive transition to paratriathlon with victory in the women’s PTWC at the Magog Paratriathlon World Cup in Canada this weekend. The 31-year-old – a four-time paracycling world champion, and Paralympic and Worlds medallist in swimming – beat three-time Paratriathlon world champion Kendall Gretsch in the third ITU World Cup of 2019. Despite Gretsch being the fastest over the 20km cycle and 5km run, Reppe held off her US opponent to win by 24 seconds thanks to a strong swim. Brazil’s Jessica Ferreira finished third.

A blistering performance on the bike by Italy’s Giovanni Achenza proved decisive in the men’s PTWC. Achenza finished nearly three minutes ahead of France’s Alexandre Paviza to secure his first win of 2019 after three World Series podium finishes. Italy’s Pier Alberto Buccoliero took his first international medal since 2017 with bronze.

Further US success followed when Chris Hammer became the only athlete to complete the course in under an hour in a competitive men’s PTS5 race. Just 22 seconds separated the next five triathletes, with Austria’s Guenther Matzinger edging Mexico’s Jose Abraham Estrada Sierra for silver.

After nine medals at last month’s Besancon World Cup, French triathletes secured another four in Magog, including back-to-back World Cup golds for Antoine Perel. Perel followed up his victory from Besancon with another win in the men’s PTVI, finishing 31 seconds ahead of the USA’s Kyle Coon. Thibaut Rigaudeau joined his compatriot Perel on the podium in an impressive debut.

Great Britain’s Melissa Reid was the victor in the women’s equivalent, also securing back-to-back World Cup wins. Canada’s Jessica Tuomela finished 45 seconds behind Reid to clinch a silver medal for the host country, while the USA’s Amy Dixon was third.

The hosts were able to celebrate a victory as Kamylle Frenette repeated her gold medal performance from 12 months ago in a head-to-head battle with Hungary’s Petra Levay in the women’s PTS5.

A Dutch dominant display by Maurits Morsink saw the European champion cross the line first in the men’s PTS2, over five minutes ahead of Great Britain’s Stuart Meikle and Brazil’s Andre Barbieri.