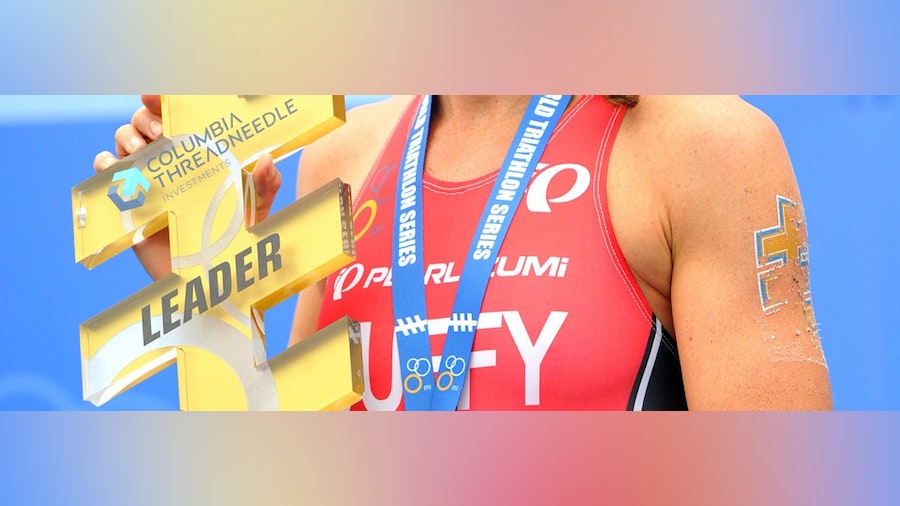 Home favourite Alistair Brownlee (GBR) and reigning ITU World Champion Gwen Jorgensen (USA) both added to their record breaking collection of career World Triathlon Series gold medals, the sixth time that both of these great athletes have been on the top step of the podium at the same WTS event.

Let’s look a little deeper into the statistics and stories from Leeds. 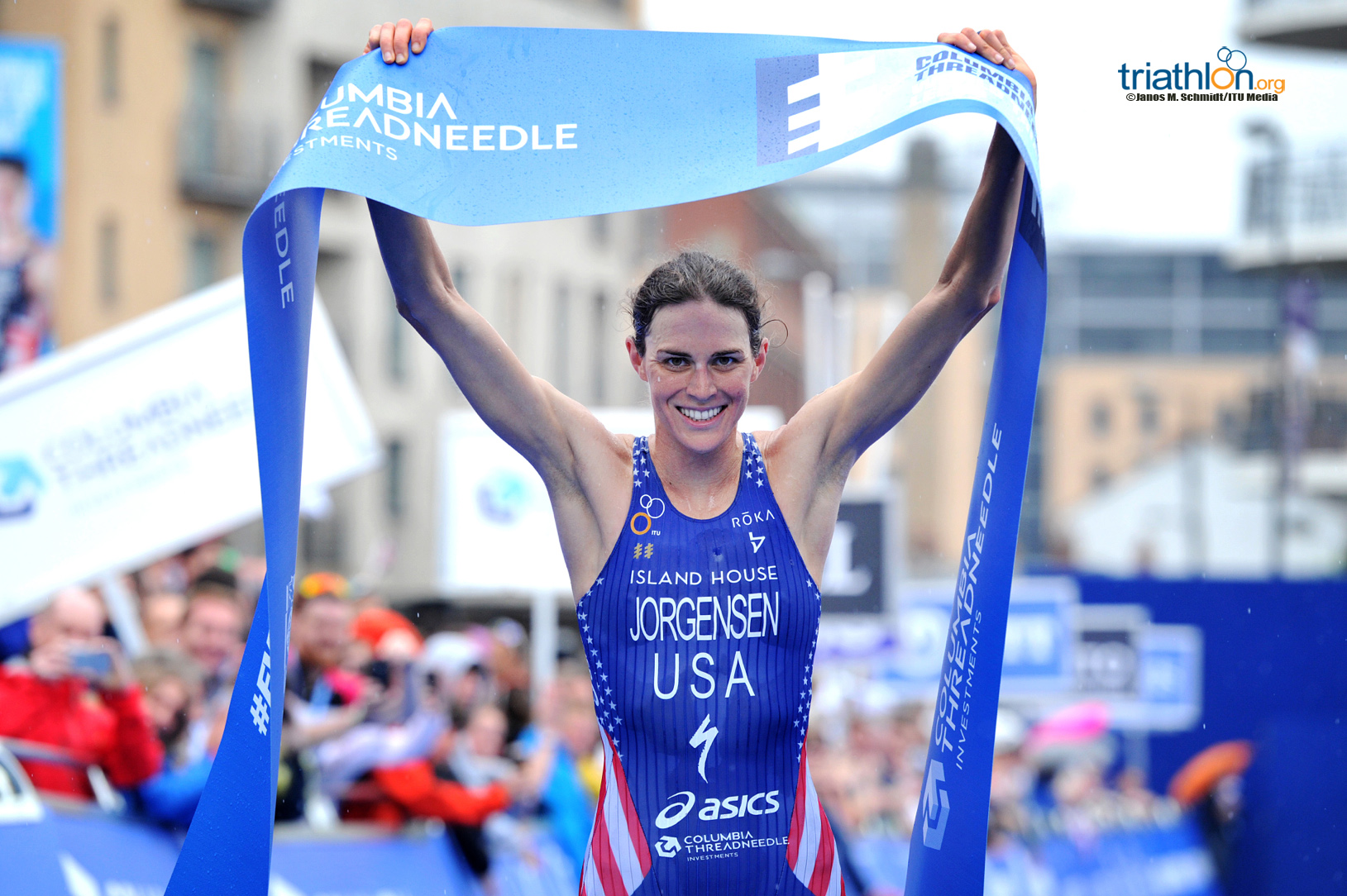 Women’s Review
Leeds was witness to another demonstration of incredible running from Gwen Jorgensen (USA). While her streak of winning success was finally broken by Helen Jenkins (GBR) in Gold Coast, Gwen has since returned with back-to-back gold medals in Yokohama and Leeds. A 17th career World Triathlon Series victory, that impressive statistic also comprises 14 Gold and one Silver medal, from her last 15 starts. With 20 consecutive fastest run splits along the way, Gwensanity is fully focused on adding Olympic gold in Rio.

Flora Duffy (BER) is one of a group of athletes who are certainly making Gwen work very hard for her success with their attacking style of racing. A renowned cyclist, Duffy was a key part of the breakaway group with Helen Jenkins (GBR) and Andrea Hewitt (NZL) in Gold Coast that gained time on Jorgensen, and the technical bike course in Leeds looked perfectly set for her skills and another attempt at those tactics.

Alongside the British duo of Leeds-based athletes Jessica Learmonth and Lucy Hall, Duffy started the run 1:34 clear of the reigning World Champion in the chase group. That advantage would not be enough to take a first WTS win this time around, but it did secure her first podium finish over the Olympic distance to add to her three previous sprint distance medals.

With fourth / fourth / third / second in her four WTS races so far this year, Duffy extended her lead in the Columbia Threadneedle Rankings on Sunday, as well as proving that she is a genuine Olympic medal contender on the hilly and technical Olympic Games course in Rio.

With the support of a fanatical home crowd the British women continued their strong performances in 2016. Vicky Holland was able to pull away from Jodie Stimpson in the very late stages of the run to complete the podium, her first WTS medal of 2016 and the sixth of the season for the British women’s squad.

With Non Stanford running through to ninth and Jessica Learmonth tenth, that is the first time this season – male or female – that a National Federation has achieved four of the top ten finishing positions at a World Triathlon Series event. For Learmonth, in only her third WTS start, tenth really was a significant breakthrough versus a previous best finish of 30th.

Chile’s Barbara Riveros produced her best result for more than 12 months by finishing in fifth position. With 38th in Yokohama being her only other 2016 result, Riveros climbs 50 places in the Columbia Threadneedle Rankings with the points earned in Leeds, to 25th position.

While still not showing the form that saw her achieve four top ten finishes during the 2015 season, 17th position for Aileen Reid (IRL) still represents a significant step forward on her early season results of 40th (Cape Town) and 48th (Yokohama). Heading to her second Olympic Games, her performances are moving in the right direction. Interestingly, we noted a similar progression in her results through the 2015 season too here in the Columbia Threadneedle Rankings reports. 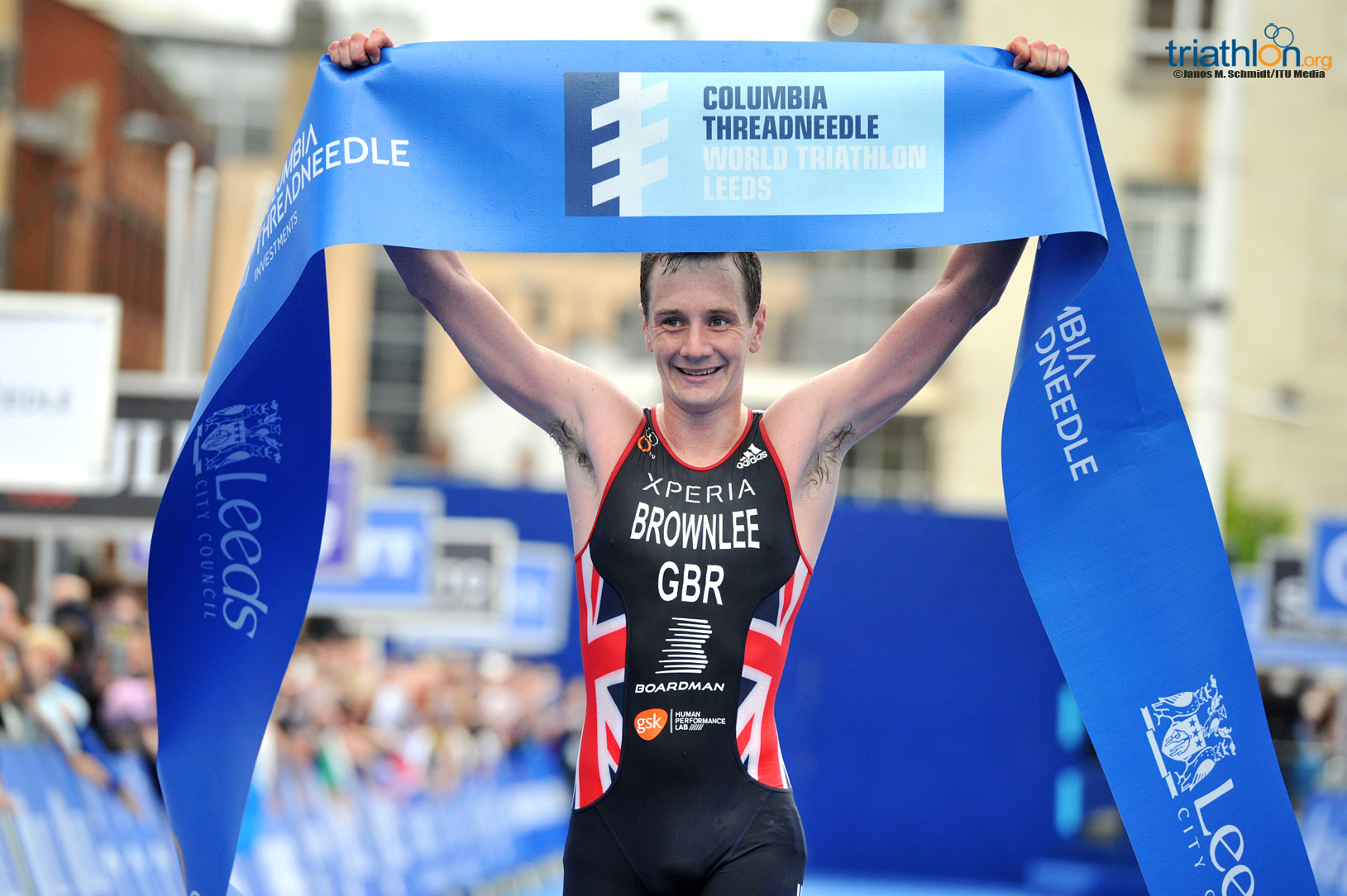 For Alistair Brownlee (GBR), that was his first victory in the World Triathlon Series since London last year and further increases his record-breaking career total of WTS victories to 20, all achieved from just 31 race starts. It also maintains a unique statistic, male or female, which reflects his long term consistency and success; Alistair has now won at least one World Triathlon Series race in every one of the eight seasons since it was introduced in 2009. He can win anywhere too, as Leeds was the 13th different venue on which he has stood on the top step of the podium.

While happy with his silver medal, Jonathan Brownlee (GBR) reflected after the event that a poor first transition cost him any chance of victory on Sunday, meaning that he had to chase hard in the early stages to try and join the leading trio of his older brother Alistair, Aaron Royle (AUS) and Aurelian Raphael (FRA). That analysis is reflected in the numbers; Alistair was the fastest athlete through T1, with Jonathan a full seven seconds slower. Competition is so tight that such small margins are critical, especially with a steep hill straight out of transition. Nonetheless, that was his 25th WTS podium finish, which still keeps him one ahead of Alistair on that measure at least.

Aaron Royle (AUS) maintained a run of consistency himself. His third place was his third career World Triathlon podium finish – all have been bronze, all were over the Olympic distance with one in each of the past three seasons. Heading to Rio for the Olympic Games in August, that was a fine confidence booster ahead of his final preparations for that event.

A little further down the field there were some excellent performances to report. Russell White (IRL) finished in 11th position, which represents a huge breakthrough versus a previous best of 28th in Edmonton last year. Not only a great result individually, it matches the best ever WTS finish by an Irish man of Gavin Noble (Yokohama, 2009).

Steffen Justus (GER) also made a welcome return to the top ten. A World Triathlon Series winner (Sydney, 2012), his ninth place finish was his best result since eighth place in Hamburg two years ago. Interestingly, he has improved in all four of his races this year: 36th / 18th / 14th / ninth.

The French men’s team showed strength-in-depth once again. At the head of the race in the leading group throughout the bike leg, Aurelian Raphael took fifth, and he was joined in the top ten by Pierre Le Corre (sixth) and Dorian Coninx (eighth). That is the second time this year that trio have all finished in the top eight at the same race, having also done so in Cape Town.

While frustrated by missing the early breakaway on the bike, five-time and reigning ITU World Champion Javier Gomez (ESP) did go away from Leeds with the consolation of setting the fastest run split (30:43) in his first World Triathlon Series event of the season. In his 49th career WTS event that was, remarkably, his 45th top ten finish.