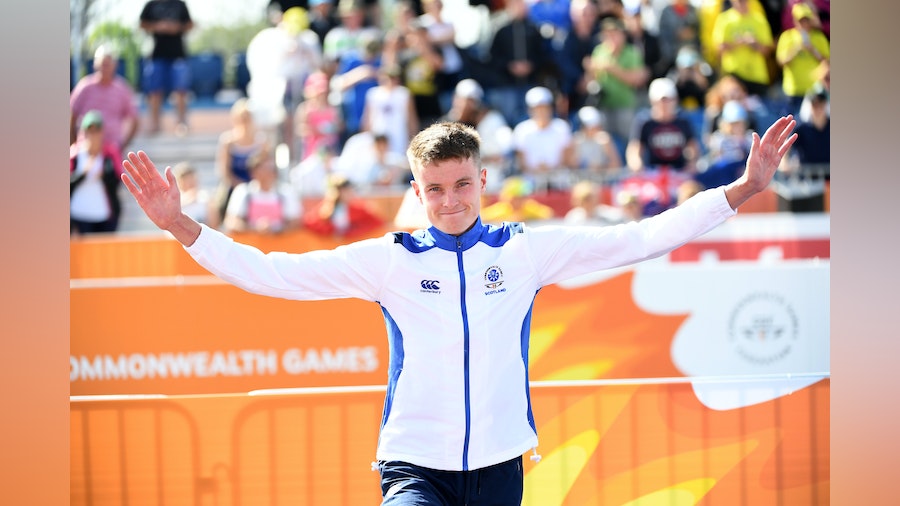 For the latest World Triathlon podcast we have 2018 Commonwealth Games bronze medalist Marc Austin talking about the excitement of a home Commonwealth Games in 2014, hitting the podium on the Gold Coast four years later and the sad news he received during lockdown that the previous 12 months of testing had failed to confirm; a genetic heart problem made early retirement essential.

A Junior World Championship silver medallist in 2013 and again at U23 level a year later, Austin’s landmark 2014 season had been a long time coming. The Glasgow native was only 13 when the city was named host of the 2014 Commonwealth Games and his coach set him the start list as his target.

“As a 13-year-old, being told you could go to a home Commonwealth Games was a huge confidence boost and that was then my ultimate goal. It was intense on the start line and to be out near the front alongside the Brownlee brothers and with that crowd was incredible. I felt anything after that was just a bonus. That moment meant if I had to retire for any given reason, then I would always have that. I still think that’s my favourite racing experience.”

Shortly afterwards, Austin made his World Series debut, a race that, he admits, was hugely challenging but that showed him exactly where he needed to be and improve to reach that level. Consistency in 2017 then set up a memorable close season build-up to his second crack at the Commonwealth Games podium.

“I’d had a great winter going into 2018 training for Gold Coast specifically, just really enjoying those two months with Jess (Learmonth) and Tom (Bishop). It was interesting for me to see how much I’d changed in the four years going into the race. I was more relaxed and I knew I was fit and would have a pretty good race. It was one of those days that the performance took care of itself.”

Finishing just behind Henri Schoeman and Jake Birtwhistle and ahead of the likes of Alistair and Jonny Brownlee and Richard Murray was testament to that preparation and ability, but just four months later Austin would take to an ITU start line for the last time. After more than a year of uncertainty and mixed reports on his health, in June of this year two doctors confirmed that his heart palpitations would be life-threatening if he carried on pursuing Elite endurance sport. Despite uncertainty about his next steps, Austin does know that he’s not ready to call time on triathlon.

“I’m going to take a few months to come up with something but it’s quite scary to think about it but I’m pretty optimistic and lucky with the experiences I’ve had. I definitely want to stay involved in the sport and there’s loads of ways I could do that. I do know that I don’t want this to be the end of my relationship with triathlon.”

Listen to the full interview on the World Triathlon podcast on Spotify, Apple and Google.