Crown up for grabs in Cape Town 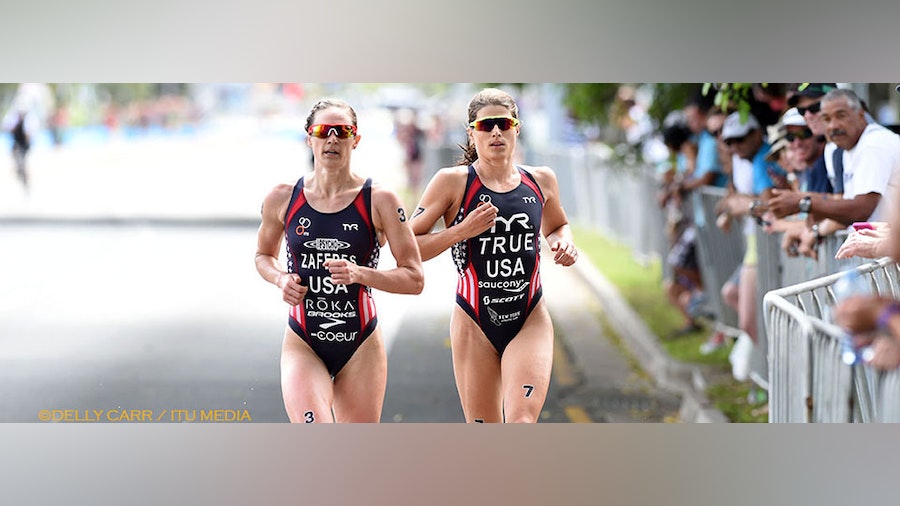 Cape Town marks the fourth stop and the third continent on the 2015 ITU World Triathlon Series. Having just been added to the WTS line up last year, the South African course is a standard distance affair, with the women set to start the competition on Saturday followed by the men on Sunday.

The Cape Town course is known for its flat ride on the bike, but its very cold waters on the swim, meaning weaker swimmers will get an added boost on the wetsuit-required swim. Last year we saw an early lead pack form of those who were able to conquer the chilly waters. With Gwen Jorgensen opting not to make the trip down to South Africa, the top of the podium is up for grabs. The women’s start list includes two of her compatriots who could easily both be in contention to win their first WTS race of the season.

Apart from Jorgensen, Katie Zaferes has the most podium finishes of any other elite woman this year, finishing second in Abu Dhabi and Auckland and third in Gold Coast. Zaferes is No. 2 in the Columbia Threadneedle Rankings but will be sporting No. 1 in Cape Town for the first time. Although a fairy recent newcomer to the sport, only competing since 2013, she has shown she is a strong opponent in the short amount of time on the circuit. She has three world cup victories under her belt from the past two seasons and is in the perfect position this weekend to possibly claim her first WTS gold.

Sarah True stands out as the other American that could capitalize on the void in the start list from Jorgensen. A top 10 finish in Abu Dhabi and a silver in Gold Coast makes her second on the startlist. A win from True in Cape Town would give her just her second WTS win after claiming gold for the first time at World Triathlon Stockholm last year.

But the claiming of the Cape is not only in the hands of the U.S. women. Flora Duffy (BER) is No. 3 on the start list and is expected to be a top competitor this weekend. The start to her year has been strong, but it has also been busy. Coming into South Africa she is recovering from her fifth-place finish in Gold Coast and a win at the XTERRA Asia-Pacific Championships on April 18. Known for her skills on the bike, it remains to be seen if Duffy’s legs will be rested enough to make an impact in Cape Town.

While she hasn’t started in a WTS race since winning Olympic gold in 2012, watch out for Nicola Spirig (SUI), who is set ot make her 2015 WTS season debut.
Spirig tallied some World Cup victories in 2013 and 2014, but has spent her time focusing on other feats since then, such as winning the 2014 Kitzbühel ETU Triathlon European Championships, competing in the marathon at European Games and winning an IRONMAN race.

Likewise, British powerhouse Helen Jenkins will get her 2015 WTS season started this weekend. Jenkins sat out the second half of last year due to injury, but not before she took second in Cape Town last year. Jenkins and Spirig lead a string of strong veterans including Australia’s Erin Densham. The reigning bronze medallist in the 2012 London Olympics made her first appearance in the 2015 WTS cycle in Gold Coast, and despite finishing 18th, she is impressive through all three disciplines and could break through to the top. Cape Town will be the first time Spirig and Densham have met since standing on the podium together at the Olympics.

The women will get underway at 14:55 local time on Saturday, April 25. Click here to convert the start time to your time zone. Watch the races live on triathlonlive.tv and follow on @triathlonlive for play by play updates. 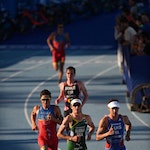 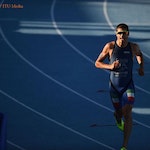 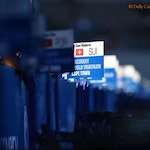 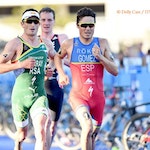 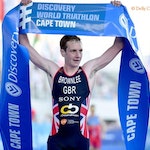 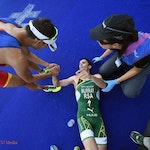 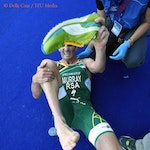 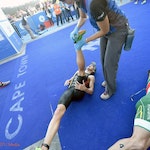 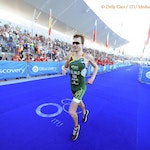 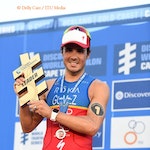 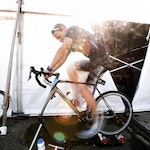 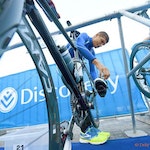