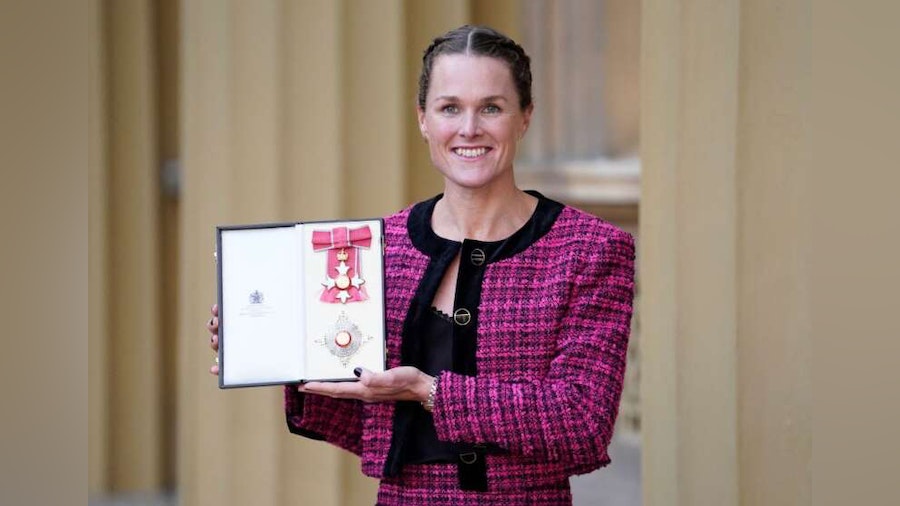 Bermuda’s Flora Duffy began 2022 in much the same way as she spent most of 2021 – by being decorated for her remarkable achievements on and around the world’s biggest triathlon racing and writing new chapters in triathlon history along the way. On 30 November, just five days after being crowned World Champion for a record fourth time, Duffy visited Buckingham Palace to receive the honour from Princess Anne.

The Bermudian became her country’s first ever Olympic Champion in Tokyo last July before going on to secure a record-equalling third women’s world title in Edmonton, and is now also Dame Flora Duffy, after receiving the title in the New Year Honours List. A series of sparkling displays in 2021 set Duffy on the road to an unforgettable year, and her success was also instrumental in helping Bermuda become a firm-favourite course on the World Triathlon Championship Series since the island’s debut as host back in 2017. She was back racing at WTCS Bermuda in November, winning gold that would set her on course for that record fourth world title.

Also awarded the title of Dame was Professor Sarah Springman, who served for two terms as Vice President of the International Triathlon Union, from 1992-1996 and 2008-2016. Dame Springman was a pioneering figure in the sport in Great Britain both as an elite athlete and within British Triathlon itself and was instrumental in helping the magic of swim-bike-run onto the programmes of the Olympic and Paralympic Games.

In addition, Great Britain’s PTS5 Paralympic Champion Lauren Steadman and all four of the Tokyo 2020 Mixed Relay Olympic gold medalists - Jessica Learmonth, Jonathan Brownlee, Georgia Taylor-Brown and Alex Yee - were awarded MBEs for their golden performances on the blue carpet back in July 2021.