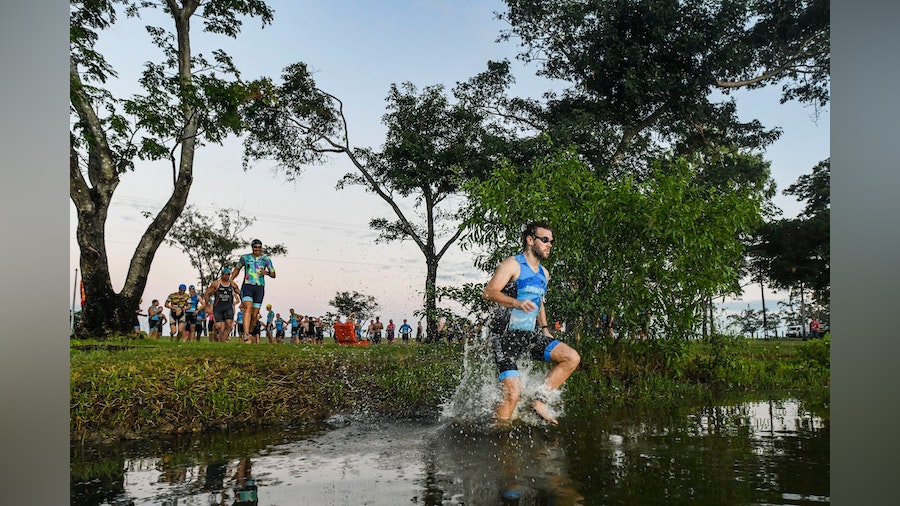 Darwin, the capital of Australia’s Northern Territory and the gateway to the impressive Kakadu National Park, has a triathlon club made up of 370 active members. The group is made up of 286 adults and 84 junior triathletes aged 5-19 years. A mix of long term, first time triathletes, weekend warriors and World Triathlon Championship qualifiers, who were meant to be racing internationally at this time of 2020. The club base is 45% female, 55% male and the oldest triathletes are 70+ years of age. Prior to the pandemic, the club had an active training and event schedule, hosting 22 club events annually, including duathlons, mountain bike triathlons, aquathlons, sprint distance, standard and long-course events. World Triathlon caught up with the Darwin Triathlon Club President, Lucy Berk, to see how the club adapted training during restrictions, maintained fitness, motivation and the workings of hosting their first club event, under new Triathlon Australia normality and guidelines.

How did you adapt club training during COVID-19 restrictions?
We were super impressed by how fit everyone kept during the restrictions. Triathletes are all about endurance, and used to long hours solo. Darwin was lucky with no community transmission, our lifestyles were not too affected. The pools were shut for 5 weeks, but our open water facility remained open and we were able to keep swimming. Running and riding were not altered too much, as we don’t ride in large groups. We did cancel club races through March, April and May.We had to alter our events calendar, we have had a large spike in interest from new members wanting to join, as during Covid bike riding and running seemed to be the only and most popular way of keeping fit. The bike shops here were selling out of stock. People from other sports are coming over to give triathlon a go, and loving it.

How did you keep up the member motivation?
We set up 2 ISO contests, through our DTC club Strava. Ride / run format - contest #1: 15km bike + 3km run, contest #2: 20km bike + 5km run. A week to complete both and submit times to keep members engaged and the competition was high, over 70 people participating from wind trainers or treadmills. It was really interesting watching how people got their rides and runs done, some chose the best tail winds, Wind Trainers, velodrome. Some members did their runs around their local footy oval. 2 members recently relocated to the US and Canada, and they joined in from their wind trainers in isolation. We tallied up the Strava times and printed overall results. The club banter was high and really fun and the speeds we saw were so inspiring! Some members said they impressed themselves with 3km and 5km PB run times!

Leading into the club race – who was in charge of working with Triathlon Australia (TA) to review and deliver the (TA) guidelines under the new normality?
Tony Cox a club life member. He submits all our sanctioning paperwork, organises permits and deals with local Council and NT Government departments. We had to do risk assessments, and Chris Monahan had to submit a Covid Guidelines document to ensure we were compliant with all 3 departments’ regulations, and looked at our processes to see how we could return to sport safely protecting our members and the Darwin community.

What was the club race and who attending?
We did a super sprint format 300m swim / 15km bike /3km run. The energy was as high as the heart rates, the smiles were huge and our members were so grateful to back together doing what they love most.

How did it go?
Amazing! Everyone followed the new rules. We had 8 first timers getting finish line feels. A lot of support from our volunteers to ensure everything went smoothly.

Did the (TA) guidelines change how the race flowed/ran or did the club easily adapt and enjoy the experience of just being able to race together?
Yes we have to cap our entry numbers. With the bike racks we have, spacing everyone out 2 meters, meant we could take a maximum of 100. No mass swim start, so we did a staggered running start over the timing mats, some said it felt
very professional. Race brief was sent out online prior to avoid a large group gathering.

What were the key takeaways from the inaugural race under the new (TA) normality?
That our members are awesome, and will do whatever it takes to support their club and sport get back up and running 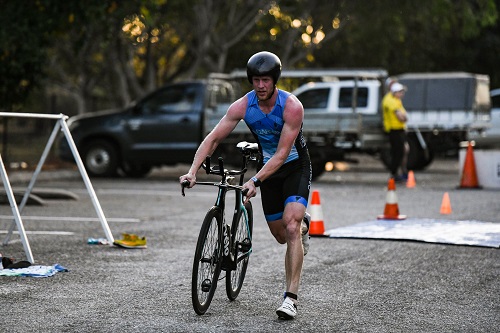 “We are grateful for the support of TA, NT Gov, City of Darwin and ITU sharing in our success. We think we’ve all won by doing the sport that brings so much joy to our life. The want for community and comradery has never been greater. The goal before Covid may of been training towards a big international race, now people realise racing with your club mates pushes us all to be better athletes, keeps you motivated and working hard. There’s definitely been no slacking off with training. The on course vibe is like never before,” added Lucy Berk, Darwin Triathlon Club President. 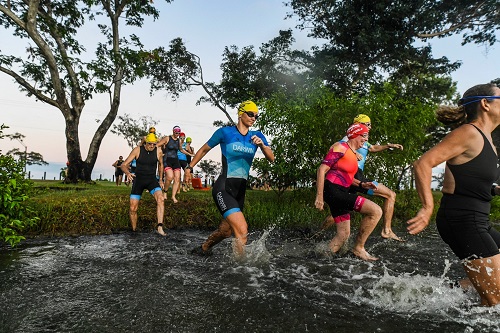 Lukas Matys | National Manager, Events & Technical, Triathlon Australia on how Triathlon Australia engaged, implemented and communicated the new TA guidelines to members, clubs and state associations.
“Immediately after the shut down due to COVID-19, Triathlon Australia has started to work on a guide that would support event organisers, clubs and everyone involved. The guidelines were designed to keep everyone safe, while simultaneously allowing the community to return to racing as soon as possible. It also served as a proof to local governments that we have not left anything to chance and that everything has been thought through in detail. This document circulated within TA and has received feedback from different groups of stakeholders before distributed via email and published on our website. We also hosted several conference calls with various event organisers.”

What consultation was done with Triathlon Australia before Darwin Triathlon Club staged the race under the new normality?
The guide has been written with the utmost detail in mind so the organisers can really use it in their event planning. Darwin Triathlon Club has confirmed that they are able to comply with all the guidelines outlined in the above mentioned document. They have submitted the race specific details, such as the number of participants, specific maps and other details like having enough space per attendee and outlining how they will be able to cope with the new rules. The guide was designed to help with the NT COVID-19 health regulations. TA sanctioning officer was also at hand to advise the event organiser on the new rules and compliance.

How successful was the Darwin club event from Triathlon Australia’s viewpoint?
It was an important first step. As it was the first sanctioned event in Australia. All eyes were on the race to see how successful it will be in order to build up the confidence for participants to come back into racing. A true milestone not just for triathletes but for all of us. Although it was a relatively small event, its success gave confidence to other Australian event organisers that there will be more racing in the near future and athletes are keen to get back.

World Triathlon Webinar: Returning to events under the “new normality