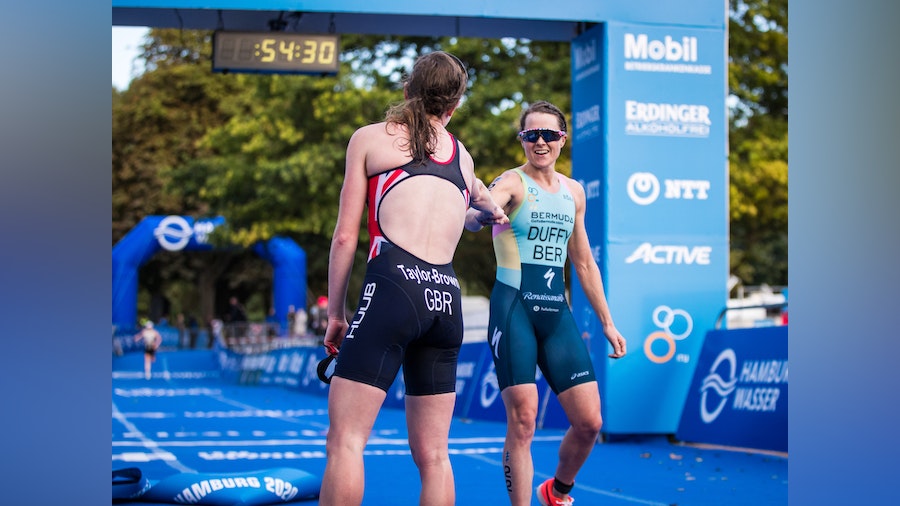 On Saturday afternoon, a truncated World Triathlon season came to a close in Valencia, Spain, where the fourth World Cup to survive the Covid-hit calendar was held and the final points awarded to the exceptional 2020 World Triathlon Ranking to distribute the year’s USD100,000 prize purse equally between the top 50 women and men.

Valencia followed on from World Cups already held in Arzachena (October), Karlovy Vary (September) and Mooloolaba (March), with the winners earning 500 points. The Hamburg Wasser World Triathlon Series Finals saw the only WTS action of the year, awarding 1000 points to the winners, while the Olsztyn (August) and Barcelona (October) European Cups completed the ranking races, with 250 points to the winners.*

From these seven World Ranking events held in total through 2020, the athletes’ top three results counted towards their points totals.

Finishing joint top of the women’s rankings with 1925 points apiece were Bermuda’s Flora Duffy and Britain’s Georgia Taylor-Brown. Vincent Luis of France stands atop the men’s rankings with 2000 points after a flawless few months that have seen him win four out of four golds since Hamburg.

Taylor-Brown and Luis’ golds in Hamburg also saw them crowned the 2020 World Champions with the regular Series having to be cut back to the one standalone deciding race. The Brit also scored silver in both Mooloolaba and Karlovy Vary, while Duffy finished second in Hamburg before landing World Cup golds in Karlovy Vary and Arzachena.

You can find the full rankings here.