by Chelsea White on 02 Jul, 2016 04:45 • Español
After an impressive performance that saw her race on her own in both the bike and run legs, Bermuda’s Flora Duffy was able to finally capture her first-ever World Triathlon Series title at the 2016 Vattenfall World Triathlon Stockholm. Her debut WTS gold also guaranteed her spot as the current leader in the Columbia Threadneedle rankings.

After an impressive performance that saw her race on her own in both the bike and run legs, Bermuda’s Flora Duffy was able to finally capture her first-ever World Triathlon Series title at the 2016 Vattenfall World Triathlon Stockholm. Her debut WTS gold also guaranteed her spot as the current leader in the Columbia Threadneedle rankings.

Speaking on earning her first WTS gold Duffy said, “I have been trying and trying to win one of these and today when I was out there on the front of the bike I had no idea how it was going to play out. But I got off and felt strong on the run and just ran as best as I could. But obviously it is a bit scary with Helen and Andrea chasing me.”

“I managed to ride a bit more controlled today, I have learned from Leeds. It is so much more technical here and that is my strength, so I just tried to gain as much time as I could in the technical sections and then ride smooth for any straightaways. It was just how it worked out to ride solo. I came out of the swim with a few girls and I was hoping they would come up behind on my wheel but they didn’t and then I was in no-mans land, so there were times where I was questioning what I was doing out there, but I just stuck to my plan and it worked out today.”

The silver medal went to New Zealand’s Andrea Hewitt, who earned her second WTS medal of the season by an uphill sprint finish over Great Britain’s Helen Jenkins, who finished with the bronze.

“The course is really tough, there are a lot of turns. That first lap on the bike was a bit sketchy just getting around some of the corners and the run with the cobbles, it was a difficult day,” said Hewitt. “It was crazy, Duffy had over a minute at one stage, and on the run I don’t think we put much time on her so she was the strongest today.”

The women’s roster was welcomed by choppy waters that rocked the starting pontoon. With a small start list that was stacked with huge talent, the sixth stop of the Series would begin with an anticipation of who could brave the difficult and strategic course ahead.

USA’s Katie Zaferes excelled in the tough water conditions, getting an early lead over the field. However, it was compatriot Sarah True, Japan’s Juri Ide and Duffy who were able to stay close behind Zaferes just a few seconds behind.

After the leading four entered through the first of two transition areas, Duffy wasted no time in taking advantage of her dominance on the bike, and pushed ahead to set her own pace. With True, Zaferes and Ide fading behind, Duffy was left to ride the nine-lap course alone.

While Duffy continued to increase her lead after each lap, reaching a gap of a minute at one point, the trio of True, Zaferes and Ide ended up being caught by a larger pack for a 15-strong chase.

Now as a group that included Hewitt, Vicky Holland (GBR), Jenkins, Nicky Samuels (NZL), Jodie Stimpson (GBR) Mari Rabie (RSA) and young Taylor Knibb (USA), they worked to cut into Duffy’s lead. In the second half of the cycle, while the group lost a few riders, including Stimpson who suffered from some GI distress and was forced to withdraw, a huge fifth lap saw them shave 10 seconds off the gap. That gap was down to just 15 seconds as the women headed into the second transition area, putting Duffy within reach.

However, Duffy showed no sign of weakness in her legs, and was able to surge on in the run to maintain her lead. While Hewitt and Jenkins nibbled away at the time distance on the final two laps, she never held them off long enough to get to the blue carpet first. Slowing only slightly for a few high fives, Duffy grabbed the winner’s tape for the first time in her elite career. The win from Duffy meant that she became the 17th female in the history of the Series to win a WTS title, while her home nation of Bermuda became the 10th country to also get the gold.

The rest of the podium was predicted in the final lap as Hewitt and Jenkins dropped Ide. The two ran stride for stride for the entire final lap, making it questionable who would get the silver. But it was Hewitt who had the last bit of energy in her legs to push ahead, sprinting up final hill to get second place. Jenkins would then earn the bronze for her third podium appearance this season.

“I am really happy to get on the podium today. I made life hard for myself, I had a terrible swim, but I felt good on the bike and on the run I just kind of hung in there, but I am really to come away with a podium,” said Jenkins. “Flora is so strong at the moment. I am actually really happy for her to get the win, I mean obviously I would like to, but she deserves it the way she raced today.” 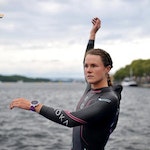 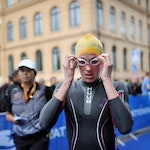 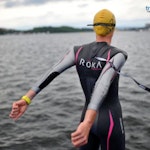 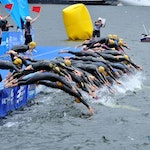 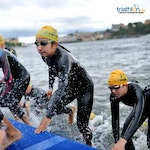 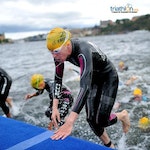 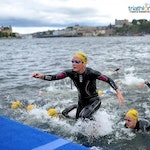 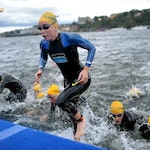 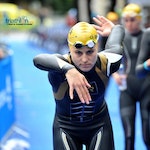 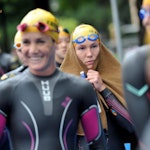 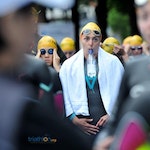 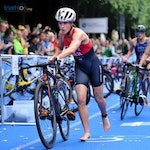