The ITU Paratriathlon International Event was a battle of north versus south with 24 of the 25 athletes hailing from Canada or the United States.

Aaron Scheidies of the men’s TRI-6b category was the first athlete to complete the sprint course, having headed out on the bike behind 16-year old Stefan Daniel of the TRI-4 division. Scheidies and his guide worked quickly on the four-lap hilly bike course to pull ahead.

“I love this course, I love a challenging course,” Scheidies said. “Going up that hill the fourth time, I was wanting to be done. When you do tandem, it’s always tough to change gears. We practiced it as much as we could, but that was tough.”

But Scheidies conquered the hills faster than any athlete of the day, gaining an insurmountable lead to win his division. Daniel was the second paratriathlete to complete the challenging course, securing the top spot in his category.

Canada’s Chantal Denhlom was the first woman to cross over, clinching her TRI-4 division in front of her own cheering section.

“It was nostalgic for me. I’m from Edmonton and I actually went to university at Alberta,” Denholm said. “I never wanted to pay for parking, so I learned to run instead. My dad also passed away a year and a half ago, so thinking of him during my race really helped me calm down.”

The host country earned five gold medals on Saturday, including Daniel and Denholm’s victories in addition to wins from Pierre Ouellet, Kimberly Kuczko and Christine Robbins.

From the US, David Kyle, Michael Johnston, Erica Davis, Jacquelyn Owens and Ivonne Mosquera joined Scheidies on top of the podium in their respective categories. Mohamed Lahna of Morocco, who was the lone athlete representing a country outside the US or Canada, won the TRI-2 category by nearly 10 minutes. 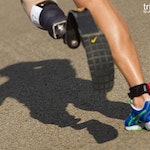 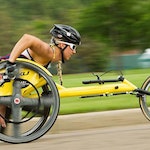 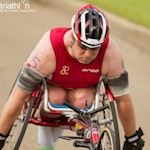 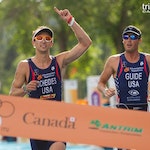 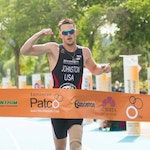 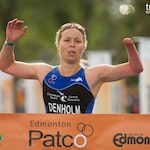 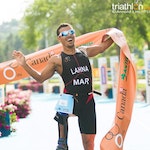 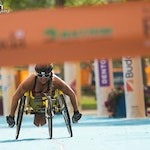 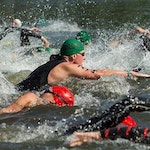 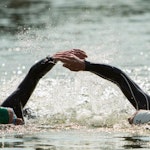 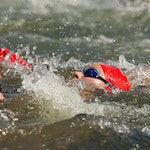 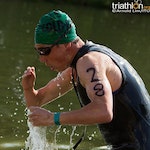