Eduardo Borja strives for excellence as a top age-group triathlete

Eduardo Borja is 62-years of age and has been in the sport of triathlon since 2004. After transitioning from marathons, is now a top class triathlete and representing Mexico at World Triathlon Championships.

2019 will mark the fifth time that Eduardo has represented his nation at a World Triathlon Championships and the Mexican triathlete is eager to put his hard work to the test and embrace the experience in Lausanne, Switzerland, the Olympic capital of the world.

How did you get into the sport of triathlon?
About 20 years ago, I saw Ricardo Gonzalez and his wife take part in the triathlon in Huatulco, Mexico. They looked fantastic and it was very inspiring. I thought that triathlon would be a sport to try someday. My focus then was running marathons. In 2004, my son, then 13, suggested that we try together a short triathlon. We did and felt in love with the sport.
Since then, triathlon has been a part of our lives, giving us many great memories that we as family enjoy sharing together.

How did you get introduced into a triathlon club | group?
When realising that, in order to improve in the sport, proper guidance was required, I learned of several very well renowned groups to train with. Mind2Motion always showed as one of the preferred ones in Mexico City. Claudia and Jose are always available. They take good care of us. Being able to spend time along with young, energetic wonderful people, whilst receiving good personal advice from the coaches is motivating.

How motivated are you ahead of the World Championships in Lausanne?
I just turned 62 years old. Being able to again represent Mexico in a World competition is thrilling. Lausanne is known for being one of the top destinations of the series and I am very much looking forward to live the experience. My wife Monica and I will also celebrate our 35th anniversary there.

What are you most excited for?
When reviewing the list of participants in my age-group, I got excited to learn that there are 101 athletes from 20 different countries! Amazing!

Why triathlon?
Triathlon is a very complete sport. Shifting from one discipline to the other is just so much fun. Every race is a new experience: location, technical challenge and logistics.

If someone was thinking about wanting to take it to the next level and aspire to be the best age grouper for their country, what advice would you give them?
I would strongly suggest to first, reach out to a coach to guide you in the process. Follow their advice and strive for excellence. Most importantly enjoy the sport. It is so much fun to do it! 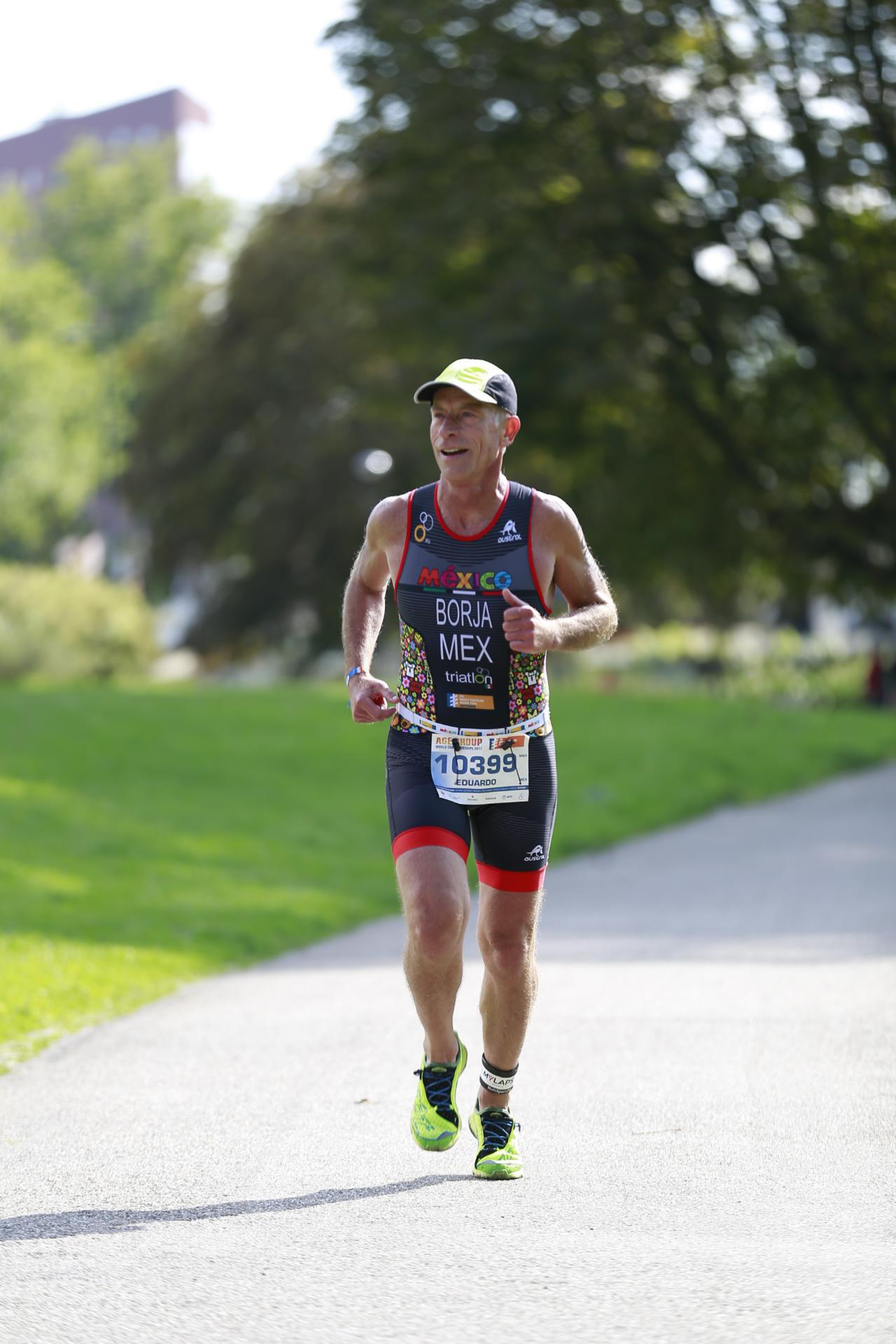 Devonport, Australia, will raise the curtain on the 2020 World Paratriathlon…
After receiving a greater number of applications than ever before, ITU…
At 78, Loch Blatchford, from Tweed Heads, Queensland, Australia, is an…
more news →