It has been a huge year for Ecuador’s Elizabeth Bravo, which is really the only way to describe it.

Having steadily climbed in the World Triathlon Series and World Cup circuits, Bravo qualified for her second Olympic Games as the only Ecuadorian triathlete to ever represent South American country at the Olympics.

While qualifying for an Olympics Games is a huge accomplishment all on its own, Bravo’s road to Rio came with some unexpected ‘bumps’ so to speak.

In January of this year, Bravo gave birth to her first child. So not only is Bravo now able to add “two-time Olympian” to her resume, she will do so with the title of “new mom” next to it. Even more incredible is that the Olympic triathlon qualification process is a two-year procedure based largely on point rankings, rather than automatic qualification. While the winner of Continental Championship races earn their National Federations an automatic spot, Bravo didn’t secure her spot in Brazil that way.

That means Bravo’s path to her second Olympics was going to have to be earned by securing enough points at triathlons over two years to ensure she was high enough on the points list to qualify for Rio. But Bravo’s two year window was halved when she got pregnant in 2015, only midway through the qualification period.

“There is no word in the dictionary to explain all the emotions that a child makes you feel. Every move, every sound, his first smiles, every day is more amazing than the other. I am deeply in love with my baby!! My new role as a mother has made me stronger, more respectful, more patient, and gives me more motivation to reach my goals,” Bravo said of her new role as a mother.

Bravo grew up as a very active child. Encouraged by her parents to always participate in after-school activities, she became interested in sports. As a little girl, she also had a love of dance and therefore obtained a ballet degree from the Cuenca Conservatory. She also partook in swimming as a child.

She then picked up the sport of race walking. A sport that may seem a little unconventional to the rest of world, but is one of Ecuador’s most cherished athletics’ event. In 1996, during the Atlanta Olympic Games, a man by the name of Jefferson Perez won the gold medal in race walking, the only gold medal in an Olympic event that the country of Ecuador has ever received. And since Perez also hails from the same city where Bravo grew up, it is no surprise she competed in the nationally-coveted sport. When she became the runner-up for the South American Championships in race-walking, she caught the eye of the triathlon community. In 2003, because there was a lack of female triathletes in Ecuador, the president of the Ecuadorian National Triathlon Federation contacted Bravo and asked if she would race in a triathlon. That call would be the beginning of what was to be her new passion and career in sport.

Now Bravo is the top elite woman triathlete for Ecuador. Having won multiple Pan American Cup titles, some other highlights in her career include earning the bronze medal at the 2014 Santiago South American Games and last year placing fourth at the 2015 Toronto Pan American Games. But one of her biggest highlights of her career and biggest accomplishments of her life was qualifying for the 2012 London Olympic Games, where she finished 49th.

Bravo became the first and only Ecuadorian to compete in triathlon in an Olympics games and therefore, it was her appearance in London that not only elevated her career, but sparked an interest in triathlon for her nation.

Bravo said of the increase in triathlon in Ecuador, “After London, Ecuadorian triathlon has improved in all ways, including with coaches, officials, athletes, age groupers, spectators and race organizers. My presence in London may have been a good influence, but remember also that triathlon is making a big impact around the whole world. Ecuadorian Triathlon will surely grow even more after my Rio participation, we are a small country with only 35 Olympians going to Rio, and hopefully we attract more of my fellow Ecuadorians to our sport.” 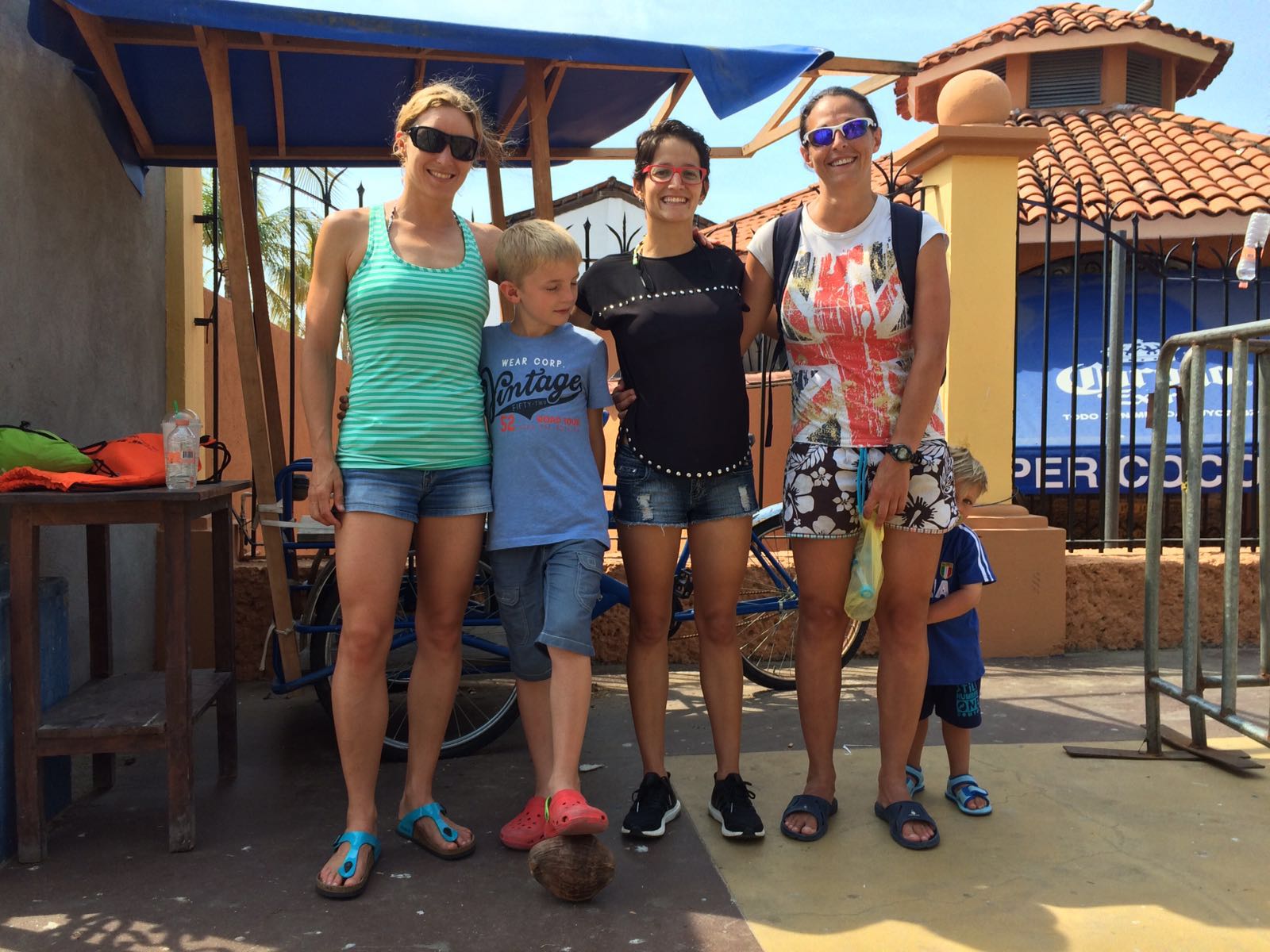 Now four years later, Ecuador has the opportunity to cheer on Bravo another time as she qualified for her second Olympic Games in Rio de Janeiro. But with a sport that is always evolving and new athletes are constantly entering the elite world, the qualifying process did not come as easy as Bravo would have hoped, especially when she had to juggle the blessing of becoming a new mother right in the middle of the qualification period.

“I really believed it would be much easier to qualify for my second Olympics, my intention was to qualify by points ranking, but destiny put a beautiful baby in my life, so the qualification process became a bit harder. Qualifying for second time felt as good as the first time, we put the same level of commitment and passion into this chess game full of strategy and tactics that the qualification process has become.”

However, triathletes are not called “superhumans” for nothing, and even despite giving birth that obviously caused a slight detour in the training regimen, Bravo was able to once again qualify for Rio and will line up on August 20th to wear the red, blue and yellow.

“It has not been easy to get back to my level, my life has changed 180 degrees, there has been nights of little sleep. I started putting things together just a month ago, and most of the credit goes to my support staff: my husband and coach, my mother, my family, my National Federation, the Sports Ministry, all of them supporting me in a certain way. None of this would possible without their help.”

And in a race that is considering one of the biggest sports stages in the world, any little advantage can help in your favor, including having experience competing on the stage perform.

“The Olympic race is the biggest event in the world, only the best of the best make it to the start line, and all of them arrive in their best form. That said, giving your best is not enough, you must give a little extra. The lesson that London taught me is that all my opponents are humans, and that I can also fight hard and keep up with them.”

But despite the lessons that Bravo learned from her experience in London, she enters into Rio knowing what her strengths and weaknesses are and what she will need to do in order to compete at her highest level come the starting gun on Copacabana Beach. For instance, while Bravo is a gifted runner, she knows she needs to improve her skills on the bike if she wants to be a contender in Rio.

All the training, preparing and understanding in the world however would not be able to predict what will occur in the two-hour race in Rio next month. But Bravo will be ready. And for a representative of the small nation of Ecuador, after Rio, Bravo gets to look forward to competing at home at the 2016 Salinas ITU World Cup, where Ecuador will host its first ever race at that level.