Europe's Best Set to Battle for Continental Crown in Athlone

Europe’s top triathletes are headed to Athlone, Ireland this weekend to compete for the title of 2010 European Champion. Athlone, located on the River Shannon in Central Ireland, has hosted an ETU Continental Cup for the past two seasons, alongside Ireland’s biggest age-group race. The event will feature a 1.5-km swim in the River Shannon, followed by a flat, fast and technical 40-km ride and a 10-km run through the medieval city.

The women will be the first to race, taking off at 3:30pm local time on Saturday, July 3rd. All eyes will be on returning champion Nicola Spirig of Switzerland, who won last year’s European Championship in Holten, Holland. Spirig appears to be in top form this season, winning the Dextro Energy Triathlon ITU World Championship Madrid on June 6th, and is currently ranked 5th in the world. She’ll be joined by teammate Daniela Ryf, who sprinted to a win at the second round of the Series in Seoul this May, and finished fifth in Holten last year.

Last season’s runner-up from Holten, Elizabeth May of Luxembourg, is also on the start list, as is Portugal’s Vanessa Fernandes, who finished third at last season’s race. After dealing with injury and illness for much of the 2009 season, a healthy Fernandes will look to put the stamp on her comeback with a win in Athlone.

The top women will definitely be watching out for Sweden’s Lisa Norden, who has had this event circled on her race calendar for some time. The Swede, who finished second in last season’s World Championship Rakings, skipped out on round three of the Series and Madrid and the Hy-Vee Elite Cup in the United States in order to prepare specifically for Athlone.

Other top contenders in the women’s event include a pair of youngsters: 20-year-old Hollie Avil of Great Britain, the reigning U23 World Champion, and Emmie Charayron of France, also 20, who won the Junior World Championship last year. Charayron appears to be in good form this season, finishing only four seconds behind Spirig in Madrid to take second.

About the City: Athlone is a small town located on the River Shannon, near the geographical center of Ireland. The population at the last census was just over 17,000 residents. The town is perhaps best known for being home to Sean’s Bar, which, according to the Guinness Book of World Records, is the oldest pub in Europe, dating back to the year 900. Athlone was the site of a number of major battles in the 17th century, as its location on the River Shannon made it a key strategic location for invading armies.
triathlon.org

The men go off at 3:30pm on Sunday, July 4th, with both reigning world champ Alistair Brownlee of Great Britain and reigning European champ Javier Gomez of Spain slated to compete. Brownlee had a near-perfect season in 2009; the only blemish coming in Holten, where Gomez topped the Brit by 27 seconds to take the continental crown. The pair last raced each other in Madrid, with Brownlee picking up the win and Gomez finishing fourth.

“This is such an important championship and there are so many great athletes competing this weekend,” Brownlee said. “The Spanish have a very good team, and of course, Gomez will be right up there.”

Also in the mix is Brownlee’s younger brother, Jonathan, who won the Junior European Championship in Holten last season and finished second at the Junior World Championships in Australia. The younger Brownlee won the opening two rounds of the French Grand Prix Series this year against some very formidable competition and appears ready to race alongside the world’s best- his older brother included.

Also in the mix will be current world number one Alexander Brukhankov of Russia. The 23-year old has been a model of consistency so far this year, finishing 2nd, 5th and 10th in the first three rounds of the Series.

This year’s European Championship will also include a Team Relay event, which will take place on Thursday, July 1st at 7:00pm. Each nation’s team will be made up of two men and two women, each of whom will complete a super-sprint triathlon before tagging the next team member.

Log on to triathlon.org/live for real-time timing updates during all of this weekend’s events in Athlone. 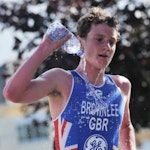 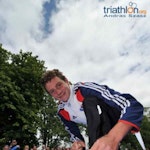 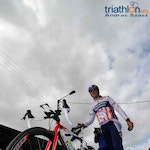 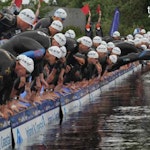 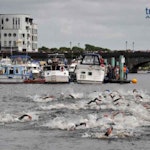 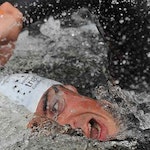 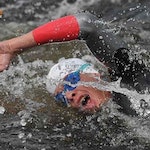 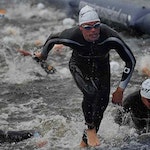 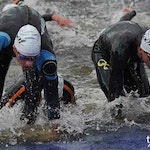 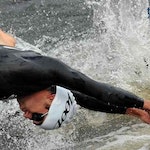 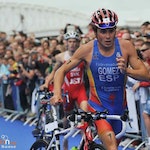